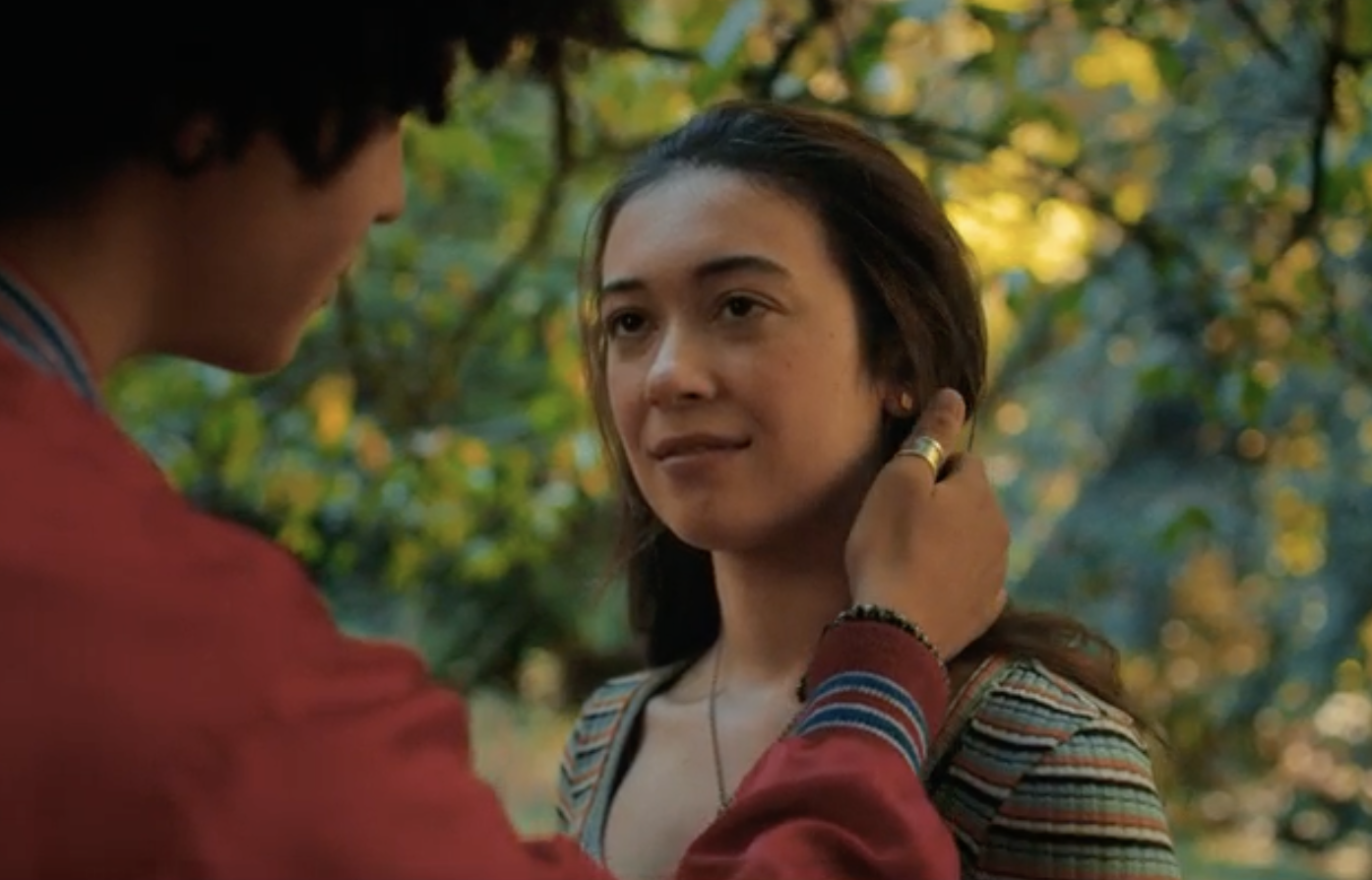 The Sky Is Everywhere promises a musical prodigy. Instead, you get roses and multi-colored sweaters. Expect first teen grief and first loves, but vivid imagination is either a plus or minus, depending upon your point of view. Based on a first novel by Jandy Nelson, find this 106 minute film on AppleTV+. A young girl loses her sister to fatal arrythmia, the one person who understood her. As a result, this clarinetist, headed for Julliard, no longer has any music in her. Why can no one understand?

Bailey’s mother also died from the same condition. Lennie blames her grandmother for not seeking better medical care, and her uncle for being a pothead. Set in fictional Clover, California, and filmed in Humboldt County in Northern California, The Sky Is Everywhere is aptly named. This is beautiful country. And, I swear the flower and sweater budget exceeded the actor salary budget. Aimed for the young adult market, the male anatomy reference is completely unnecessary. Still, the actors have charisma, although the story is a tad slow. I give The Sky Is Everywhere 3.5 Gavels and it receives a 66% Rotten Tomatoes rating with a poor 5.6/10 IMDb score.

Toby, Bailey’s boyfriend, shares in Lennie’s grief. He knows the feeling of having your heart ripped to shreds, and the two share that bond. The new kid, Joe, plays the trumpet, the clarinet, and the guitar. “I’m obsessed with playing with the girl our music teacher thinks is better than me, and it’s freaking me out.” Lennie finds a romantic interest in both, forbidden with Toby, and perhaps, a way to the future with Joe. Will either be able to bring music back into her life? Is Julliard just a painful longing, no longer attainable?

Our leading lady is Grace Kaufman seen in The Last Ship as Captain Chandler’s daughter. As Lennie, she brings the teen angst. The name stars are Jason Segel (How I Met Your Mother) as Uncle Big and Cherry Jones (Defending Jacob, The Eyes of Tammy Faye) as Gram. Neither make much of an impression. On the other hand, Jacques Colimon (Joe) has the look of an up-and-comer.

Two types of sisters exist in Hollywood. They hate each other. Or, they are so close they read each other’s thoughts. Bailey and Lennie fall into the latter category. The relationship between Lennie and Toby appears a stretch especially given the reveals. Kids might let that slide, but it was just weird, think manipulation.

“The Sky is Everywhere embraces excess as an expression of the heroine’s mercurial spirit. Sometimes the results are excessively excessive, blithely blissed-out or simply clichéd. Mostly, though, they’re funny, affecting and endearing.” Wall Street Journal

‘It may make a viewer long for the tang of acid (just a drop of cynicism, irony or darkness) to temper all these rampant, raging youthful feelings, but the film, in all its unbridled sensitivity, does have a transportive effect.” Los Angeles Times

“Grief is forever, isn’t it?” asks Lennie. Lennie meets that challenge in her own way, in her own time, as must we all. The Sky Is Everywhere is a good reminder that teens process grief differently than adults.