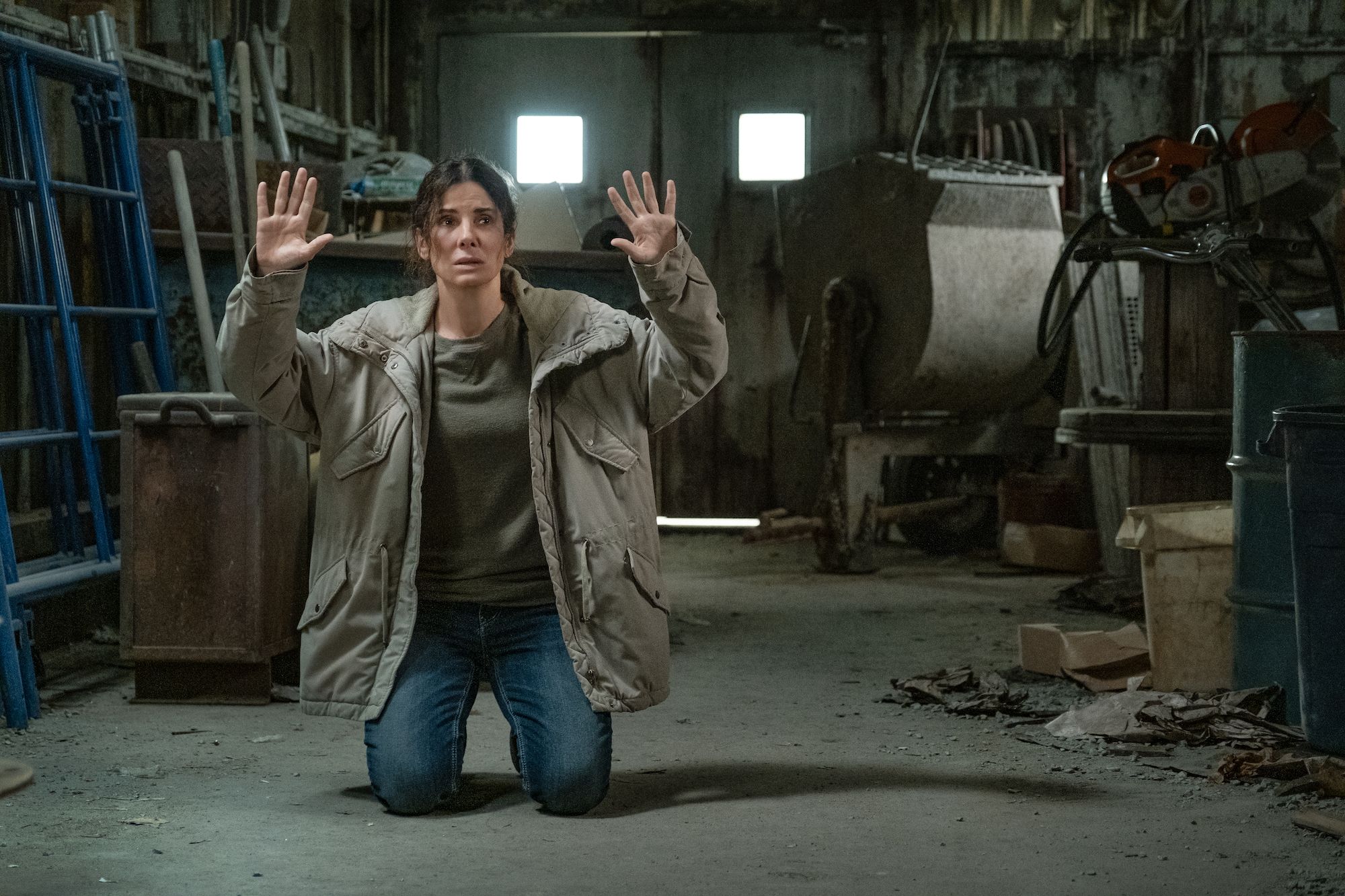 Our friends at Rotten Tomatoes call The Unforgiveable a “contrived and unrelentingly grim story.” Yet, what they call unrelentingly grim is the director’s method of slowly building that sense of doom. The audience has such certainty of what is about to happen, but hoping against hope that the writers find some way out. Ruth Slater, cop killer, never got any breaks. Why should we expect her to get one now? Actually, the big reveal has been done before, but is well hidden in The Unforgivable. This Netflix offering is better than the critics give credit.

Twenty years ago, the authorities came to evict Ruth Slater and her five-year old sister, Katie. Positive that Children’s Services would take Katie away from her, she warned Sheriff Whelan that she had a gun. Moments later, he lie dead. Ruth spends the next twenty years in prison. Upon her release, she learns people do not forget cop killers. She desperately wants to find Katie but the hurdles are insurmountable. The Unforgivable carves out four stories. Will Ruth be able to abide by the terms of her parole? Katie has only flashes of memory of her sister, and her adoptive family (The Malcoms) intends to keep it that way. The fallen officer’s family keeps tab on Ruth through the help of cooperative Seattle police. Is revenge in the offing? Finally, shouldn’t the inhabitants of “murder” house be wary of the woman on their front lawn?

I give The Unforgivable 3.5 Gavels and it receives a 44% Rotten Tomatoes rating with a much better 7.2/10 IMDb score.

In prison, Ruth learns the skills of a master carpenter. After a “visit,” her position is no longer available. Blindsided at her fish market job by a cop’s daughter, she learns that “once a cop killer, always a cop killer.” Ruth takes a second job on a remodel for a Community Center for the Homeless. Mostly, she works alone. Tailed by Keith Whelan, he tries to persuade a hesitant brother, Steve, that they need to take action. At a meeting with Katie’s parents, Ruth explodes as she discovers her letters were never given to Katie. Desperate people do desperate things.

One might say the real star is the makeup artist who makes Sandra Bullock (Ocean’s Eight) look so hopeless as Ruth. The very best scene in the film is a confrontation between Bullock and fellow Oscar-winning actress, Viola Davis (The Suicide Squad). It’s a major blunder that they didn’t get more screen time together. Jon Bernthal is fellow convict and love-interest, Blake. Overall, with Vincent D’Onofrio, Richard Thomas, and Linda Emond, it’s a nice ensemble cast.

In case you wondered, Snohomish is both a city and county in the state of Washington. The county finds itself included in the Seattle metropolitan area. Given her history, Ruth has major trust issues, both by her and against her. “You treat me like I don’t exist.” The Malcolms would prefer she didn’t. The Unforgiveable is based on a British mini-series, Unforgiven, leading many critics to call it forgettable.

“A mixed bag, but an intensely watchable one.” Movie Nation

“The tension, the brutal realities and the odds stacked against Ruth mixed well together. I enjoyed this film immensely.” Arkansas Democrat-Gazette

Usually, I’m not into the “grim.” Bullock pulls you in and won’t let go. Put another one in the better-than-expected category.