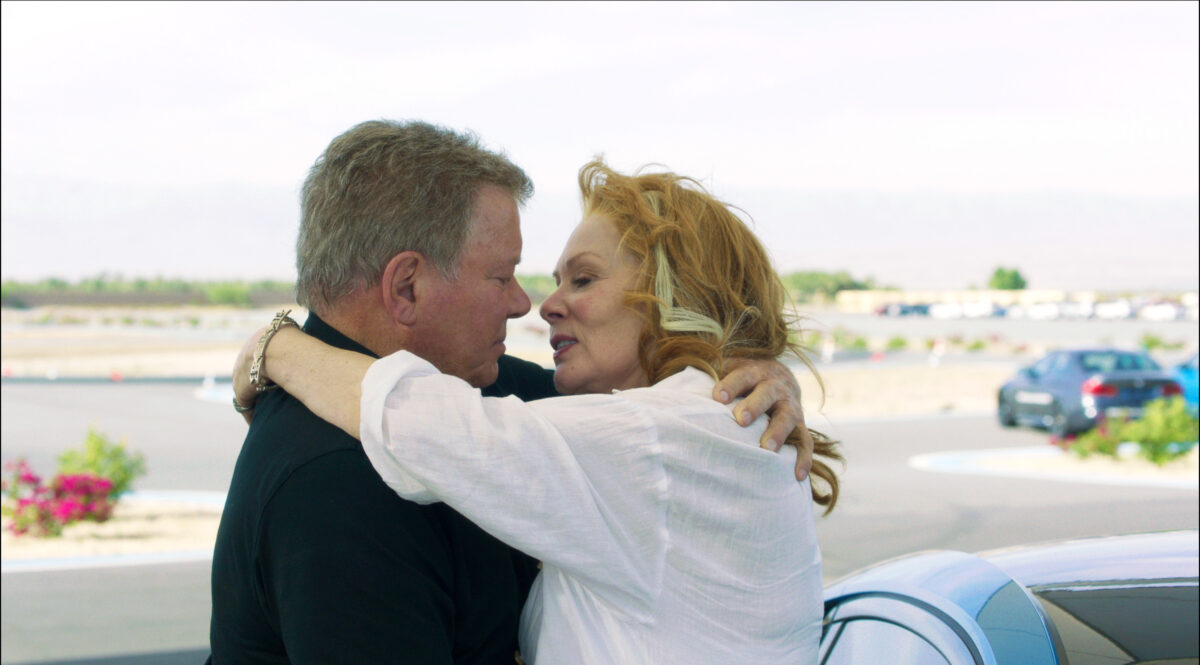 At age 90, William Shatner had his Senior Moment earlier this year as the oldest man in space. Four years ago, he filmed this Senior Moment to much less success. As a former NASA test pilot, this one crashes, mildly amusing at best. It’s a long way down from Captain James T. Kirk of the Starship Enterprise to a narcissistic Victor Martin. But, in Senior Moment, he gets to pretend he’s only 72.

Victor Martin is a moderate celebrity in Palm Springs, well known to the police. His vintage Porsche has a tendency to speed. And Victor loves his roadster almost more than life itself. A winner in the Sweet Ride Roadster Division, what else would be on his license plate but VICTORY. Caught drag racing once again, Victor loses not only his license, but also his prized vehicle. Impounded, Victor must now take the bus, once only for “losers and old people.” From a semi-interesting idea, Senior Moment fails to launch. I give the 92 minute film on Hulu 2.5 Gavels and it receives a 21% Rotten Tomatoes rating with a 5.9/10 IMDb score.

Victor last fell in love in the third grade. On the bus he trips over Caroline Summers, cafe owner, former contributor to National Geographic, and ardent supporter of desert tortoises. Her cafe, the Cuckoo Cafe has a cuckoo clock that doesn’t work. Together with best friend, Sal, Victor will fix the clock and Caroline will respond in kind with a surprise trip to a private race track. Of course, love can’t come this easily to such a disparate couple.

At times smooth, and at other times near creepy, William Shatner struggles with this material. Victor and pal, Sal (Christopher Lloyd), embarrass themselves with fake screams as their car spins out of control. These are the kinds of roles Jean Smart used to get before Hacks. The real Caroline Summers would never fall for Victor Martin. She’s way above his pay grade, not to mention acting skill.

“Senior Moment presents actors from four significant and still-well-regarded TV shows in a picture that’s significantly less-well-written than any random episode of any of those shows you could name.” New York Times

“At a breezy 92 minutes, the best thing you can say about this ‘Moment’ is that it’s a brief one.” San Francisco Chronicle

If a Senior Moment is a temporary mental lapse, you might wish this one to be a bit more permanent.