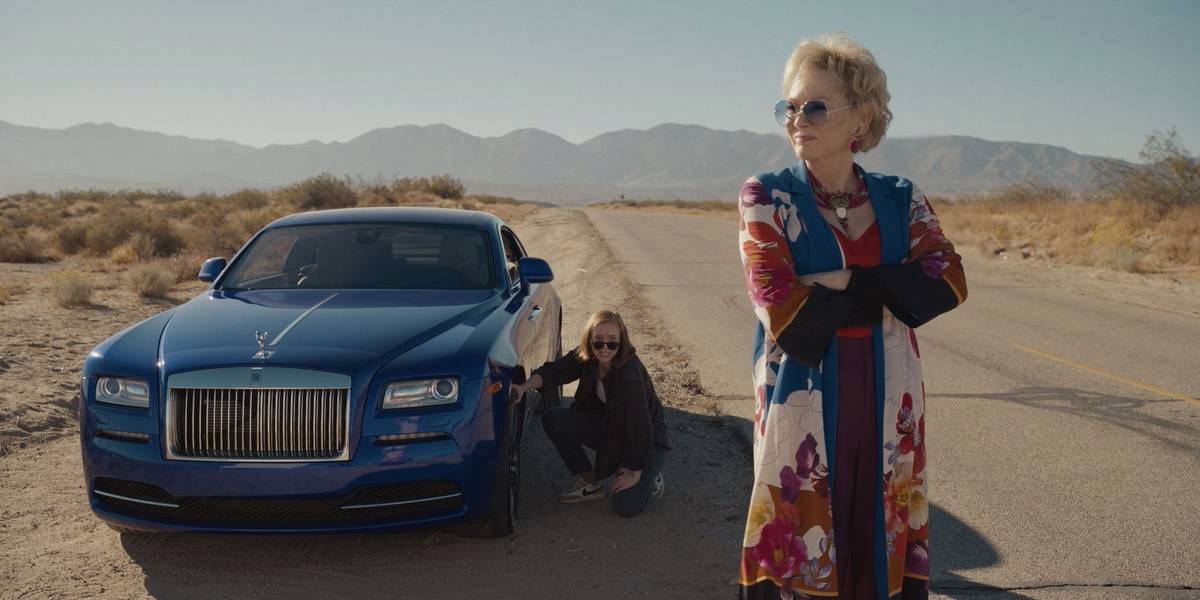 After the Colonial Pipeline hack and ransom, is it a good time to launch Hacks? HBO thinks so. Then again, these are different kinds of Hacks. This 10-part series caught my eye solely because of Jean Smart, currently starring in Mare of Eastown. “Dark comedy” is a term that always sets off alarms. In the case of Hacks, I think it might appeal to those who enjoy comedy club shows. Why do I say “might?” Like those, you get the ribald humor, but think Don Rickles without the love and smile. As Ava puts it, “I can’t believe she gave you a Rolls. All I get is emotional abuse.”

Another comparison is the “roast” shows. The “roast” insults are meant for laughs. In the first two episodes of Hacks, the barbs thrown by Deborah and Ava are meant to hurt. Having said all that, I think this show has far greater potential than Girls5eva. At first, neither Deborah nor Ava wants the other. The trailer indicates, if not a coming friendship, at least a begrudging respect. Even given a somewhat nasty start, both Deborah and Eva pull you in with their vulnerability beneath their “hard” outer shells. They both need each other. As they revolve around each other, they will be like magnetic poles, attracting and repelling. This gives the writers great opportunities. Thus far, I give Hacks 3.5 Gavels and it receives a 100% Rotten Tomatoes rating with a 7.5/10 IMDb score.

After 2500 Las Vegas shows at the Palmetto, Marty advises Deborah Vance that he needs to free up some marquee times to attract families and college kids. Deborah understands her audience trends Florida. Ava, an unfiltered comedy writer, finds herself unemployable after a joke went sideways. Jimmy manages both and suggests a meeting. Deborah writes her own jokes; Ava thinks Deborah is a joke. As the insults fly, Deborah realizes that Ava might be the answer to her Marty problem. He doesn’t need to know that she’s just a ruse. Ava is about to sign a 470 page NDA.

With three Emmy awards and a Tony nomination, Jean Smart is as versatile an actress as there is. You see so many sides of her in the first 60 minutes. Demanding, conniving, and independent, her Deborah Vance also has a hint of kindness. It’s tough to pair an actress opposite an imposing Jean Smart. Hannah Einbinder makes it look easy. Will her Ava end up being a young Deborah Vance, having to scratch and claw for respect? The viewer should never expect Ava to “filter” her thoughts.

When Ava refers to Deborah’s house as a Cheesecake Factory, think tacky, Liberace tacky. Not every house has a Coke dispenser in the kitchen. Then again, not everyone can afford to pay $10,000 for a pepper shaker. As we leave episode two, Ava is about to digitize and organize 40 years of tape and jokes of Deborah’s career. Is this grunt work, or is it a way to get to know your boss? Hopefully, it’s a springboard.

“Would it help if the jokes the two work on were stronger? Sure, but Hacks also talks a lot about how hard good joke-writing is. It gets everything else right, so it deserves the extra time to figure that last part out.” Rolling Stone

“Einbinder has only a few small acting credits . . . But she’s confident and at ease and does a remarkable job of embodying a seemingly awful person who doesn’t think she’s awful and who, not all that deep down, isn’t that awful at all.” Los Angeles Times

Since the “experts” saw six episodes, I’ll cut them some slack. Maybe Hacks will have more appeal than I original thought.