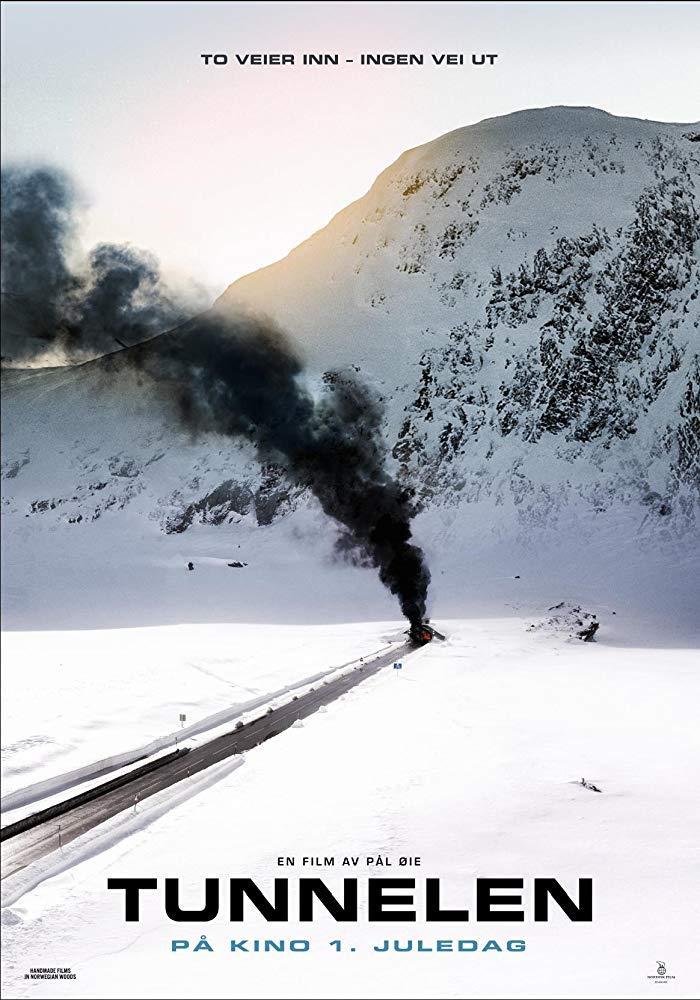 After the disaster that was 13 Minutes, The Tunnel is a disaster film with non-stop intensity. Not to be confused with The Tunnel TV series, a British-French crime drama, this one is a Norwegian film from 2019, now available on Amazon. Actually, it is the third in a series of disaster films from Norway, following The Wave (2015) and The Quake (2018). In this case, a gasoline tanker crashes in the middle of a 9 kilometer long tunnel. Variety describes it as a “Horizontal Towering Inferno.” I wouldn’t go that far, but what it lacks in backstory, it makes up in fervor.

The Tunnel opens with the statement that Norway has 1100 tunnels, most with no emergency exits or rooms. Since 2011, eight big fires occurred. Those escapes inspired this 105 minute movie. If nothing else, you should watch the opening scenes for the grandeur of the Norwegian mountainside. The picture below gives a hint of what’s to come. Both dubbed and subtitled, it still takes some time to get used to the Norwegian characters. The hero, Steven Berg, especially, seems a tad stiff. The set-up slow, but it doesn’t take long for Tom to crash his tanker into the side of the tunnel. An avalanche on the west hinders rescuers, smoke on the east does the same. A whole bunch of people need help. I give The Tunnel 3.0 Gavels and it receives a 65% Rotten Tomatoes rating with a 6.1/10 IMDb score.

A widower for three years, Steve finds happiness with Ingrid on this Christmas Eve. His daughter, Elise, refuses to accept the new relationship and boards the express bus to Oslo. Upon word of the crash, his boss calls Steve off holiday. He needs his best man on the job. Soon, Steve discovers that Elise is in the tunnel along with many, many more headed home for Christmas. 911 operator, Andrea, makes contact with Sarah and Maddie, separated from their mother in the tunnel. Panic ensues as the smoke encompasses the survivors of the initial explosion. More are about to die.

The Tunnel won The Audience Award at one of the Norwegian film festivals. Thorbjorn Harr is the lead actor as Steve, or Stein. Notable to American viewers is that he is the Norwegian voice of Kristoff in Frozen. He has the look and the earnestness, if not the goofiness and the reindeer.

Currently, Norway is under an EU directive to upgrade its tunnels. While The Tunnel suggests emergency rooms will help, the Directive explicitly prohibits evacuation rooms. Exits leading to open air must be no more than 250 meters apart. For a single-bore tunnel of 9,000 kilometers, that will be expensive.

“The Tunnel may be shrouded in blistering embers and fumes, but it never loses sight of the victims and helpers, of whom there are many.” Austin Chronicle

Is The Tunnel a great film? No, but you just might remember it the next time you follow a tanker into a long tunnel. Which is a lot longer than you will ever remember 13 Minutes.