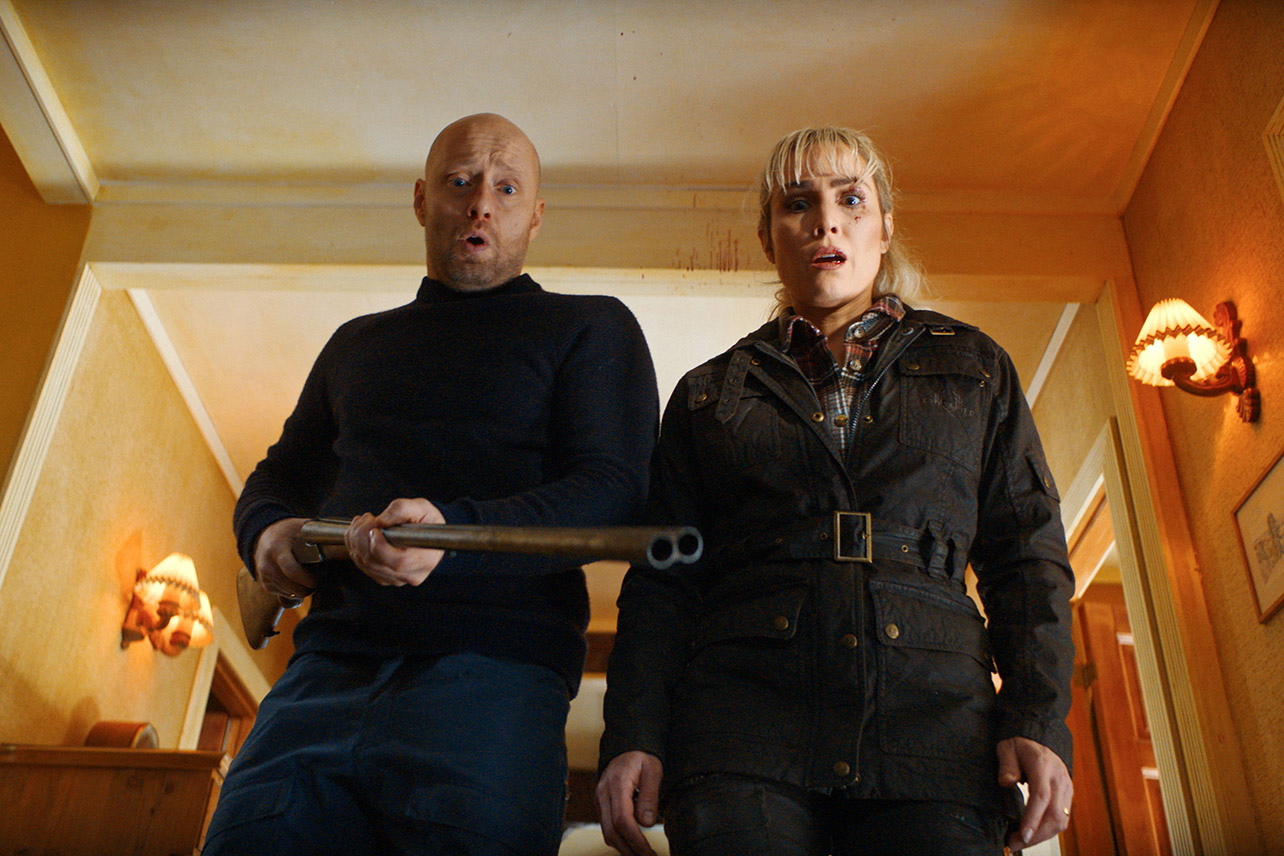 If you take The Trip, you will find yourself somewhere between the Coen Brothers and a Geico commercial. Don’t mix this up with The Trip (2010) which is a fictionalized tour of restaurants in Northern England. Although set in nearby Norway, this film features a couple on a weekend getaway who each plan to murder the other. Interestingly, the film’s Norwegian title is I onde dager which translates to In Evil Days. Fie on Netflix and all their kin for changing that much more suitable name. Apparently inspired by Mr. and Mrs. Smith (Brad Pitt and Angelina Jolie), Fargo came to my mind. Then again, so did “If you’re in a horror movie, you make poor decisions. It’s what you do.” I could have saved 15% or more of my time.

Always on the lookout for something good, the 81% Rotten Tomatoes rating and 7.0/10 IMDb scores caught my attention. It was only six critic reviews but 3600 viewer scores plus Noomi Rapace. If you saw her in the Norwegian version of The Girl with the Dragon Tattoo, she is unforgettable. Besides, except in Divorce Court, where else can you find a good story about a couple trying to murder each other? (Just kidding!) So, off we go to beautiful Norway. Except, as shown in the pictures below, the director spared all expense in only showing the yellows and greens of the country. Since we’re here for the story, I guess we can forgive him. Yet, once the story begins, I’m not so sure. Although “absurdist” has a different definition, I’m still going to label The Trip “absurdist gore.” I give it 3.0 Gavels.

A gambler deep in debt, soap opera director Lars plans to murder his wife to get the three million kroner insurance payout. At their cabin in the woods, she plans “to take a walk.” He makes sure to tell several people how dangerous that can be. Out-of-work actress, now settling for “Viagra” commercials, Lisa wants to get rid of this loser and will use Lars’ insurance to the same end. Their goal of killing each other gets interrupted by three escapees from a local prison. Roy sports a huge swastika on his chest, “Horse Dick” Dave wants sex, and their leader, Petter refuses to say how many he’s killed. He will keep you around only as long as you “have value.”

Recently seen in Tom Clancy’s Jack Ryan, Sweden’s Noomi Rapace plays a deliciously delightful Lisa. Her maniacal laugh at husband Lars for his pitiful plan to kill her is the highlight of the film. Playing the not-as-smart-as-he-thinks Lars is Aksel Hennie. Quite the resume, he’s been in 24 and The Martian, and will soon be in Kent State. Not bad for a guy who is primarily a Norwegian actor. If your thing is evil dudes, then Atle Antonsen as Petter will fill your cup. He enjoys the torture, both mentally and physically.

To its credit, once again Netflix provides The Trip both dubbed and subtitled. In all these films, one can only wonder just how many blows to the head you can take. Even poor Lisa gets smacked around over and over, but like the old Timex watch commercials, “takes a licking and keeps on ticking.” It is true that some of the gore gets so absurd that you may laugh, albeit it may be a nervous laugh.

“It inspires a few choking laughs, it’s challenging in its unpleasantness, and it’s likely to satisfy any iron stomachs who are up to the task.” Decider

“Unfortunately, while its concept promises a fun, agile thriller, The Trip all too quickly descends into a juvenile, nihilistic mess.” New York Times

Is there any fake blood left in the entire country of Norway? With all the focus on the worldwide supply chain problems, it may take awhile to restock in Oslo. Do you have an iron stomach?