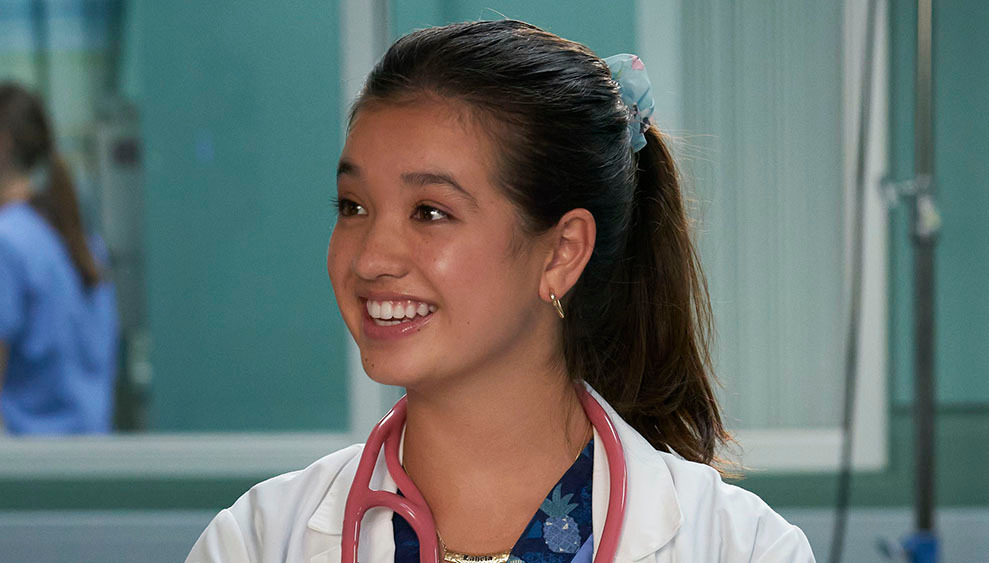 Doogie Kamealoha, M.D., as might be obvious, is a re-imagined Doogie Howser, M.D. (1989-1993). Except, other than gender reversal and a move to Hawaii, not much is reimagined. Lahela Kamealoha still gets a perfect SAT score at age 6, finishes high school in nine weeks, graduates college at age 10, and finishes med school at age 14. Like the original, her best friend enters through her bedroom window and the series begins on her 16th birthday. Having watched a few episodes thirty years ago, I had some hopes for the new Doogie, quickly dashed after four episodes. There is a sameness to each one, an insularity that portends little growth. Then again, Hawaii looks very appealing.

Steven Bochco and David E. Kelly, two of the best, created the original. Since Bochco passed away in 2018, perhaps Disney needed to consult with Kelly. Who is the target audience? Folks looking for nostalgia will not hang around long. Although the characters are quite handsome, teens will find Doogie too “immature.” The characters are likely too “boy crazy” for parents of youngsters. Tweens, it is, I guess.

Lahela finds little trouble adapting in the world of medicine; the teenage world of love and manipulation of parents is another story. It seems a stretch that Doogie can take out an appendix, but can’t borrow the family car. Parents will like the theme of “being yourself,” but cringe as Doogie’s brother tells her “you got a lot to learn about being a teenager.” Read that, deceit. I give Doogie 3.0 Gavels and it receives a 92% Rotten Tomatoes rating with a 5.8/10 IMDb score.

Dr. Lee informs a patient that Lahela Kamealoha “is every Asian mother’s dream, she became a doctor faster.” In the middle of her road driving test, Lahela jumps out of the car to save the leg of a man injured in an accident. She has no problem taking charge even as the police wonder “who is this kid?” But, with her best friend, Steph, she pines over a “hottie” by the name of Walter. “My mom says nothing good happens after 11 PM and I can’t wait to find out what.” Similarly, on her computer diary, she writes “love is this loopy, sloppy, weird thing and I’m so ready to try it out.” Does Walter feel the same about Doogie?

Now 17, Peyton Elizabeth Lee first appeared on TV in 2015. Both perky enough for a teen, yet mature enough for the hospital, I guessed her much older. As Doogie, it’s not her fault that the episodes are 25% medical and 75% teen angst. Pity poor Emma Meisel as best friend, Steph. Her role is to solely moon over Doogie’s brother, Kai, and jump up and down screaming. Thankfully, it will prepare her for teen horror movies! As Doogie’s overprotective mom and boss, Kathleen Rose Perkins is a familiar face. She’s made a guest appearance in over 20 major TV series.

In most medical shows, there is at least a pretense of accuracy and seriousness. In attempting to display her genius, Doogie Kamealoha, M.D. fails as she races around the beach to find operating tools to save a TV weatherman from a collapsed lung. The humor, on the beach and in the hospital, is just off the mark. From September 8 to November 10, Disney+ drops ten half-hour episodes of Doogie. Episode One provides Barry Bostwick and some nice Creedence Clearwater Revival music, and Episode Four yields Magic Johnson and Randall Park (WandaVision). When will we see Neil Patrick Harris?

“If there are growing pains early on, they just lend themselves to the series’ adolescent focus. After two episodes, Doogie Kameāloha M.D. and star Peyton Elizabeth Lee come into their own.” AV Club

“Aside from its disappointing lack of care for the complex richness of of teen girlhood, I genuinely enjoyed watching both of the episodes provided for review.” Paste Magazine

Therein lies the problem. After two episodes, I thought I had a winner, then the repetition set in. Then again, Hawaii looks very appealing.