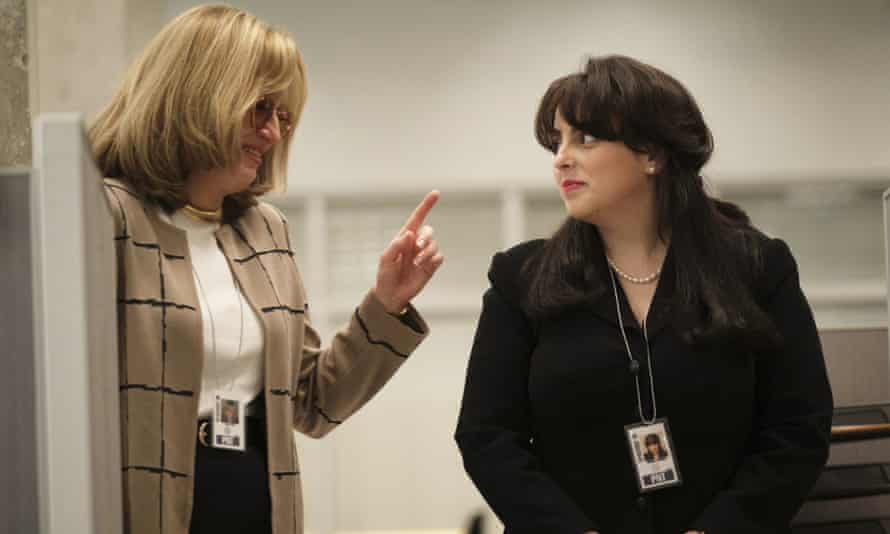 Impeachment: American Crime Story calls Episode One “Exiles;” I call it “Everybody Hates Linda Tripp.” If you want to re-visit the whole sordid Bill Clinton/Monica Lewinsky affair, check out Impeachment on Tuesday nights on FX. Careful: You might want to spray yourself down with Pam prior to watching, and be ready for a shower afterward. After just two episodes, no one comes off looking good and we’re not even close to a Ken Starr appearance yet. This is all one conniving, manipulative group of folks whose sole purpose is to insure that no decent folk will ever want to work in Washington ever again.

The biggest flaw in Impeachment thus far is the failure to use John Goodman as Linda Tripp. Sarah Paulson does her best to make Tripp a hateful, revenge-seeking, Judas, but if you are going to eviscerate her, why not go for the best? As a co-producer, this time Monica Lewinsky gets to tell her side of the story (New York Times). Did it take the #MeToo movement for her to realize “power imbalances — and the ability to abuse them — do exist even when the sex has been consensual?” Beanie Feldstein portrays Monica as a naive 22 year old certain that Clinton had nothing else but her on his mind, even as he is running for re-election. Then again, given multiple exchanges of gifts, maybe she’s right.

In any case, the betrayal of trust by her friend shatters her existence. Since at least two other people knew, a leak was inevitable. Imagine a scenario and the hoopla if she disclosed during the #MeToo peak? Having endured Impeachment at the time, I choose not to do so again. It just feels too voyeuristic. I give Impeachment 3.5 Gavels and it receives a 67% Rotten Tomatoes rating with an early 7.7/10 IMDb score.

By January 1998, Monica Lewinsky realizes that Bill Clinton will never bring her back to work in The White House. She is moving to New York. Linda Tripp, who also wants back in, convinces Lewinsky that she has a “solution to our problem.” A lunch at the Pentagon is really an intercept by the FBI as part of the Independent Counsel’s investigation. The long national nightmare is about to begin. Should Tripp be removed from the interrogation room? “I want that bitch to see what she’s done to me.”

After two episodes, the two you want to see more are the always wonderful Margo Martindale (Lucianne Goldberg) and the surprising Cobie Smulders (Ann Coulter). Neither minces words. Clive Owen (Gemini Man) doesn’t quite capture the essence of Bill Clinton, though few could. Annaleigh Ashford, as Paula Jones, impresses as a the unsophisticated wife who only wants an apology. Once the political operatives get their hooks into her, only Impeachment will satisfy.

Bill Clinton claims it gets lonely at The White House. Unsympathetic, Lewinsky replies “you should try being a single girl in DC. Everybody is either a compulsive name-dropper or secretly gay.” As we conclude Episode Two, Michael Isikoff tracks down Linda Tripp at the Pentagon. He wants dirt on Clinton/Kathleen Willey. “There’s a bigger story here,” she spats out. Little did he know.

“If there’s a point to this exercise, it gets lost amid so many histrionic reenactments of scenes we’ve seen replayed on the news and parodied in late-night comedy for more than two decades.” TIME Magazine

“Impeachment knows what it wants to say and why it wants to say it. But once it’s tried to level the playing field in Lewinsky’s favor, it doesn’t have much else to offer.” The Ringer

Ironically, Jeffrey Toobin’s book forms the basis for Impeachment. Then, his own sex problem excludes him from participation in the production of the series. Toobin out as consultant, Lewinsky in. You can’t make this stuff up.