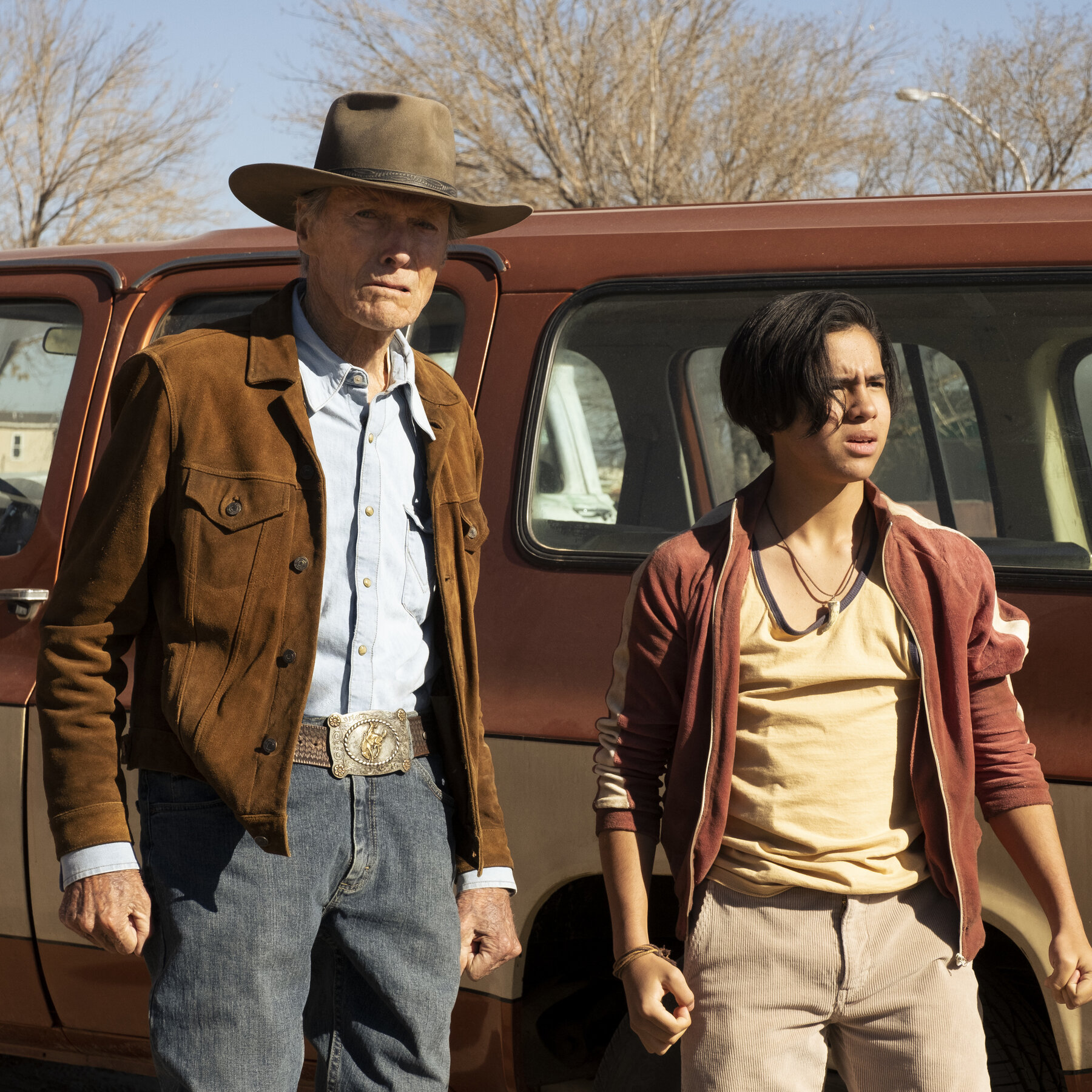 When the rooster is the best actor in a film, you know Cry Macho will struggle with the critics. Actually, the rooster, named Macho meaning strong, is played by eleven different birds. Cry Macho takes a long and winding journey to the big screen. It’s originally written as a screenplay in the ’70’s and rejected by all the studios. So, the author converts it to a novel and it gets critical success. Now, the studios love it and the bidding war is on. Who is the first actor offered the starring role back in 1988? None other than Clint Eastwood. Attempts to complete the film with Robert Mitchum, Roy Scheider, Burt Lancaster, Pierce Brosnan, and Arnold Schwarzenegger all fail for a variety of reasons. Still, it speaks to the quality of the book to catch the interest of those actors.

Many critics think Clint Eastwood fans will get all misty-eyed spotting him back on a horse, not seen since Unforgiven in 1992. At age 90, and as director and lead actor, my guess is that film’s insurance company had him tied to the saddle. I was not a big fan of Clint’s last film (The Mule) and not of Cry Macho, either. What happened? Reading the synopsis of the book, I found it much more interesting. Except for Rafa, and Marta, the performances are wooden. Filmed on a budget of only $33 million, Clint saves money by using the same pickup that he used in his last three movies. Too slow and sentimental for me, I give Cry Macho 2.5 Gavels and it receives a 52% Rotten Tomatoes rating with a very early, solid 7.0/10 IMDb score.

Note: Mrs. TMJ and I rarely differ more than one-half gavel on a rating. This is one of those cases. She’d give this one 4.0 Gavels. HBO Max thanks her.

A champion of five All-American rodeo seasons in his heyday, Mike Milo is now a washed-up horse trainer, fired by his former employer, Howard Polk. One year later, Polk implores Milo to rescue his 13 year old son from the abusive mother, Leta, in Mexico. “He hates his father. He hates me. He’s a wild animal who lives on the street. If you can find him, you can have him.” Ever mercurial, Leta abruptly changes her mind and sets her thug and the Federales after Mike and Rafo. It’s a long way to the U.S. border.

Clint Eastwood (Mike Milo) looks darn good for 90. He says “it’s fun when something’s your age, when you don’t have to work being older.” Looking everywhere, I couldn’t find Natalia Traven‘s (Marta) age. I don’t buy the age difference for a love interest, but go for it, Clint. Dwight Yoakam (Howard Polk), raised in Columbus and a brief student at The Ohio State University, is a better singer than actor. Is that the reason we’ve not seen him onscreen since Logan Lucky (2017)? Notwithstanding the myriad number of roosters, the best human actor is Eduardo Minett as Rafo. While this appears to be his first major English role, he’s a veteran of Latino TV.

Revealingly, the trailer sums up Cry Macho pretty well. It even includes the best lines from Mike Milo. “I’ve always thought of you as a small, weak, and gutless man. But, you know, there’s no reason to be rude,” delivered as only Clint Eastwood can. Those same critics indicate that we should appreciate Eastwood while we can. That seems so macabre.

“Cry Macho may be fond and foolish in equal measure, but it has a few grace notes to remember, in addition to a fine gallery of images of Eastwood in silhouette, at dusk, against a big sky, alone with his thoughts.” Chicago Tribune

“The fact is that, as a movie, Cry Macho is slow and sometimes dull.” AV Club

Eastwood begins Cry Macho with the perfect song by Will Banister. “Lord, I’ve made my mistakes, but I meant no wrong . . . ” Despite some misses in the film, he got that one just right.