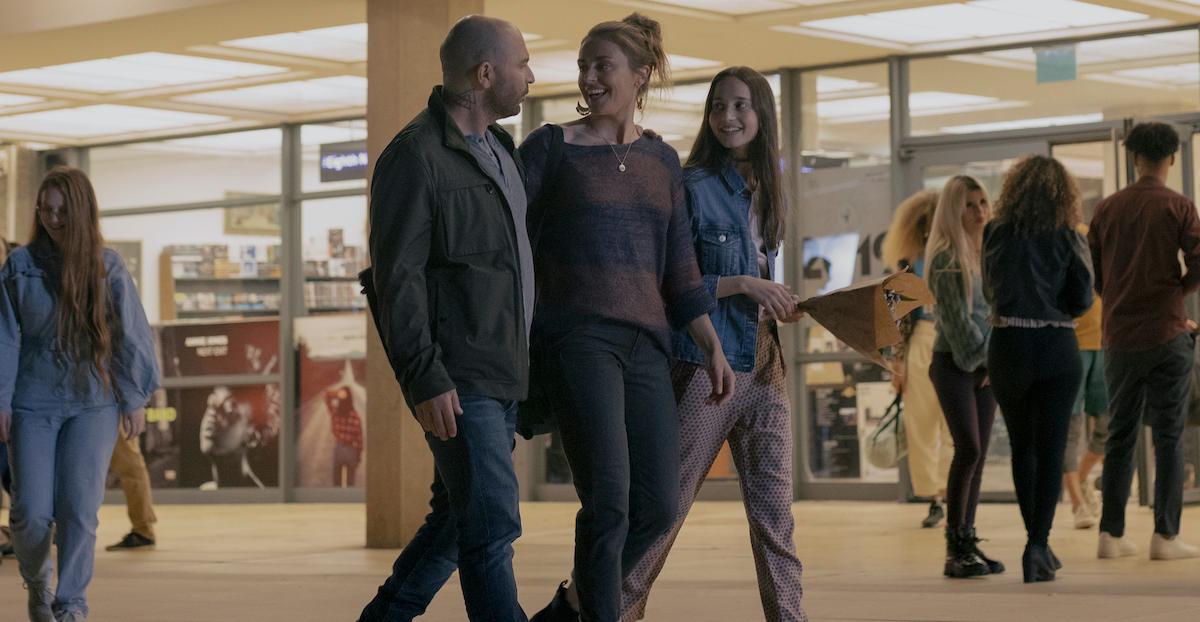 A friend recommended Hit and Run; I pass it on to you. If you like cloak and dagger, this Israeli-American nine-part Netflix series may be your next binge. For realism, Segev Azulai is a former Yamam, Special Unit for Counter-Terror Warfare. The actor who plays him, Lior Raz, is a former commando of the elite counter-terrorism unit known as Sayeret Duvdevan. Or, as Martin Wexler says of Azulai, “if I have made a consistent mistake, it’s selling you short.” And, if Israel is involved, you know the Mossad lurks in the background. But, does the Mossad want Azulai dead? The best lines in Hit and Run are, “is the suspect (Azulai) still alive? Then, the Mossad ain’t after him.” Yet, somebody’s after him!

Surprisingly, two of the co-creators and writers, Dawn Prestwich and Nicole Yorkin, are well known for a much different flavor of TV, Melrose Place, Chicago Hope, Picket Fences, and Judging Amy. With the quality of those shows, the viewer expects a much tighter pace. The series is at least three episodes too long, but the story intrigues. Who was Danielle Azulai? How could she fool Segev for such a long period of time? Is love really that blind? If the CIA loses an operative in a foreign land, does our government really tell the family that “doing aid work in the Congo is dangerous business?” Perhaps even more notable is that Hit and Run is a spy thriller with no Russians, no Chinese, and no Arabs. I give the series 3.5 Gavels and it receives a 67% Rotten Tomatoes rating (only six reviews) and a 7.1/10 IMDB score.

On her way to New York for a dance audition, Danielle Azulai suffers fatal injuries in a high-speed Hit and Run vehicle crash. Her sister-in-law, Det. Tali Shapira, discovers the two in the car escaped to New York. Fearing a connection to his former mercenary work in Mexico and further danger to his daughter, Ella, Segev Azulai intends to seek revenge. An old boyfriend and a past foe give hint that Danielle’s murder relates not to Segev, but to her activities. In New York, her parents suddenly disappear. A former associate in Mexico, now a reporter, Naomi Hicks, indicates “it’s time we started investigating your wife.” Just what could a dancer in Tel Aviv be up to?

in 2017, the New York Times voted Fauda the Best International Show. Who was the star? None other than Lior Raz. He’s certainly not your typical big-screen star, nor small-screen star, for that matter. His Segev reminds you of a grittier Vin Diesel. Has it really been twenty years since Sanaa Lathan received all sorts of accolades for Love and Basketball? I’ve lost track of her since then. Here, her past activities in Mexico need further explanation. Described as a character actor, and usually a bad guy, Gregg Henry (Guardians of the Galaxy 2) is Martin Wexler. He plays to type.

Does Hit and Run try too hard to set up a Season Two? Generally, I like my series to conclude a bit tidier than this one. How many blows to the head can a man take before his brain becomes addled? In film, although concussions are common, no one ever seems concerned about concussion protocol. After all, given nine episodes, can’t our heroes spend a little recovery time on a beach in Bora Bora?

“Hit & Run is a fast-paced thriller with a minefield of red herrings Is it among the best offerings? No. But that protagonist has that tenacity of a Liam Neeson and the aggressiveness of a Statham to ensure viewers stay engaged.” Independent Online

“If the new Netflix drama Hit & Run were a Disneyland ride, it would be the Mad Tea Party. It offers a lot of narrative spinning and whiplash, and some viewers will be happy to be dizzied by it.” Hollywood Reporter

Chronos, Cheetah, Cobra, Rat might be the ultimate code to bring down a government. On the other hand, it might be too much of a stretch. Don’t dancers do lots of stretching? Ultimately, did love get Danielle killed?