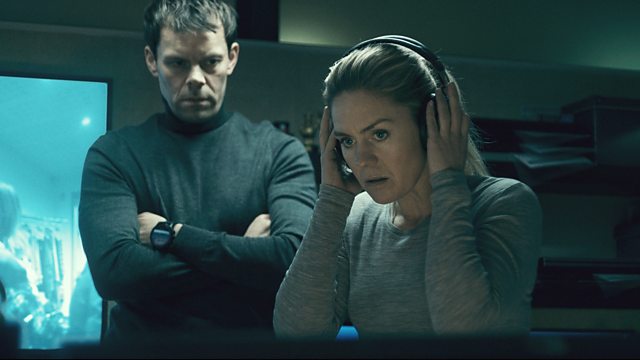 Absolutely beautiful in its starkness, Reykjavik is the setting for the Nordic noir, The Valhalla Murders. This is the second Netflix series set in Iceland and the scenery and story are chiller-thriller good. Detectives Kata and Arnar are relentless in finding a serial killer. Then, the anomalies take The Valhalla Murders to a new level. One might complain that the eight-part series is two episodes too long, or that Arnar is a bit stiff, but the solid mystery overcomes any minor defects. And, no need to worry about the subtitled trailer, the show is both dubbed and subtitled. The road to the Valhalla Boys Home (Ring Road aka Route 1) is spectacular.

In the late 1940’s, abuse at a boys’ home in Iceland forms the basis for The Valhalla Murders. No murders actually took place back then. In this version, the abuse took place 30 years prior to present day. The coverup of the hideous events are the background for a serial killing. For a country that averages 1.8 murders per year and the only known serial killing in its history occurred in the late 1500’s, three bodies found murdered in a similar fashion demand special attention. Arnar, a profiler, flies in from Oslo to assist. Experienced detective Kata, just denied a promotion, is not pleased. Each have their flaws and must overcome personal adversity as they untangle the quickly unfolding crisis. I give The Valhalla Murders 4.0 Gavels and it receives a 75% Rotten Tomatoes rating (only 8 reviews) with a 7.1/10 IMDb score.

A body found on the dock with his eyes slashed. Another killed in his own home with similar markings. These men seem to have nothing in common. Then, a picture leads them to the home of an elderly woman, now missing. Kata and Arnar race to the now abandoned Valhalla Boys Home. Yet, the government inspection of the home gave it a glowing report. Is this connection a red herring, or are more about to die? Tracking down those at the home after thirty years will not be easy. The media, and the populace, demand quick answers.

Understandably in such a small country, Nina Dogg Filippusdottir also starred in the first Netflix Icelandic series Trapped, and appeared in a small part in the Eurovision Song Contest. Still not renewed for Season 2, Kata and crew set the stage for another run. Arnar returns to his place of birth in The Valhalla Murders. Bjorn Thors plays the intense Arnar. Why is he so reluctant to see his dying father?

If you follow European crime thrillers, have you noticed that CCTV cameras are ubiquitous. The resolution of every case starts with footage from a camera located in some obscure location.

“You might need to put the central heating up while watching this eight-part Icelandic thriller; it has the potential to make your core temperature drop a couple of points.” Financial Times

“The Valhalla Murders is saved by its unique locale, a witty script and fine performances.” The Decider

Set on the west coast of Iceland and moderated by the Atlantic Ocean, Reykjavik appears to be much warmer, with less snow, than one might expect in the winter. The wind, though, likely gives a whole new meaning to wind chill. Nevertheless, the folks in The Valhalla Murders seem unaffected by the weather. They are, however, affected by murder. Escape the summer heat in Reykjavik!