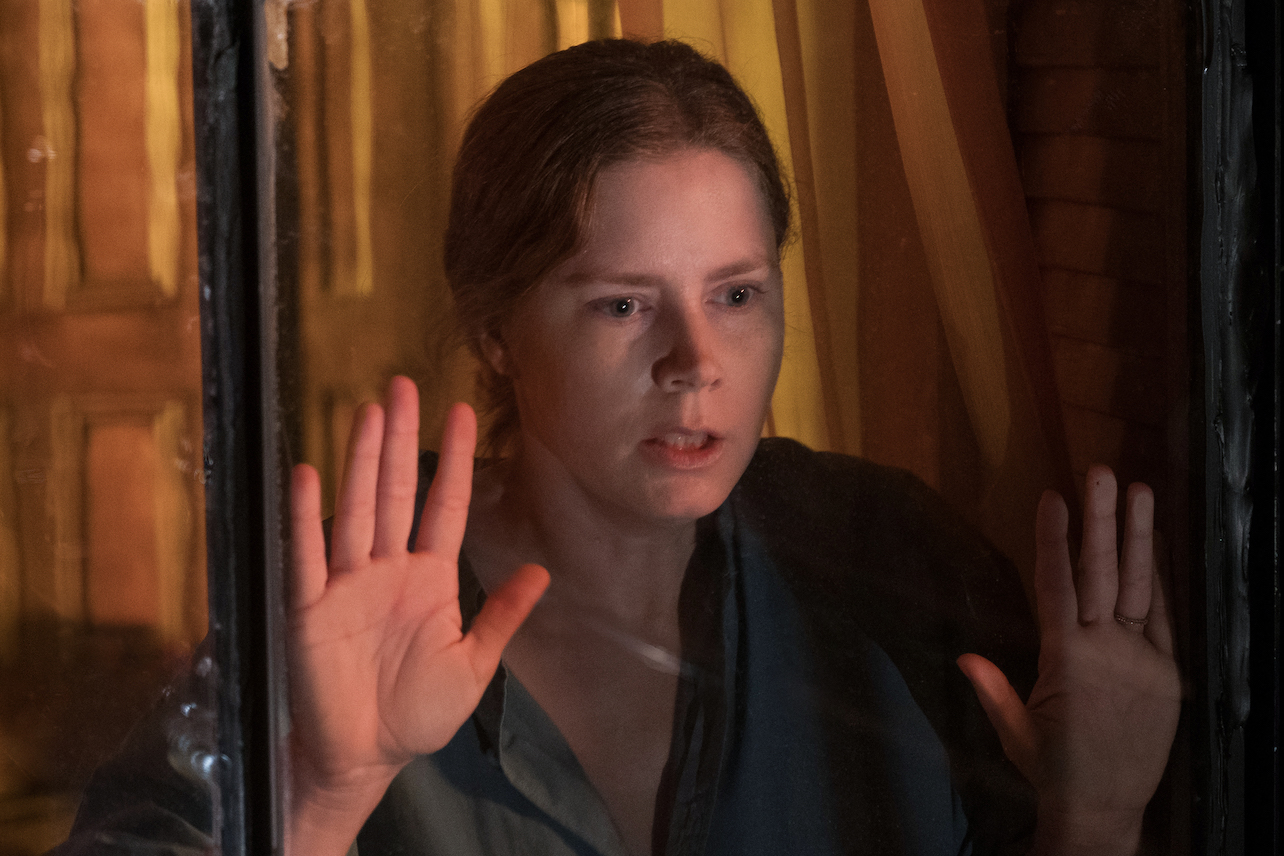 The Woman in the Window starts off slow and depressing . . . and gets worse. Not since Fences has a movie set been so claustrophobic, and likeable actors so unlikeable. Originally scheduled to be released in October 2019, it was delayed due to poor test screenings. Who wants to watch a “drunken shut-in, pill poppin’ cat lady?” Besides, an agoraphobic voyeur certain that she sees a murder next door seems so familiar. While the producers of The Woman in the Window didn’t stinge on actors, they certainly saved money on sets and costumes. Dr. Anna Fox barely gets out of her bathrobe.

Like an onion, the director slowly peels back the tragic events of Anna’s condition. A new drug appears to deepen her depression. It’s not only that she is agoraphobic, her doctor of 10 months worries that she might attempt suicide again. Notwithstanding her mental issues, Anna keeps track of the comings and goings in the neighborhood, especially 101 W 121st St, Manhattan, New York City. A banker and his wife, Alistair and Jane Russell, just moved in from Boston. Soon, she will be peering through the windows into their apartment. For us country/suburban types, it all seems rather creepy. Doesn’t anyone pull their curtains? I give The Woman in the Window 2.0 Gavels and it receives a 29% Rotten Tomatoes rating with a 5.8/10 IMDB score.

Being neighborly, Jane Russell stops over to meet Anna. Later, hearing a scream, Anna sees Jane stabbed with a knife. She calls 911. When the police arrive, Jane Russell is alive and well. But, it’s not the same Jane Russell. Is she hallucinating? Why does young Ethan Russell seem to be afraid of his father? A Google search reveals Alistair Russell moved from Boston just after his executive assistant died? A snoop through the mail indicates her tenant has a troubled past. Is any of this connected? Anna’s doctor thinks she is fortunate that the police didn’t ask to have her committed.

As always, Amy Adams (Hillbilly Elegy) gives a fine performance. It’s just that Dr. Fox is miserable the whole time and who wants to watch miserable? Fresh off an Oscar nomination for a Best Actor in Mank, Gary Oldman pops up as Alistair. Pops up are the operative words as he keeps barging into Anna’s apartment without knocking. He’s not the kind of neighbor you allow to enter without permission. Other actors of note include Anthony Mackie, Jennifer Jason Leigh, Julianne Moore, and Brian Tyree Henry. As I said, the film doesn’t lack for talented actors.

Dr. Landry is optimistic about Anna future because “curiosity is evidence of a decreased depression pattern.” I guess that gives Anna carte blanche to spy some more. The Russells seem to know a lot about Anna because of a gossipy real estate agent. Doesn’t anyone mind their own business in the city?

“This is mostly Adams’ show, and while she throws herself into Anna’s plight, the narrative contortions mostly provide an incentive to begin peering out your windows, wondering if the neighbors might be watching something that makes more sense.” CNN.com

“Curiosity might bring you here but boredom will drive you away.” Guardian

Once critics learn of “re-editing after poor screen testing,” they always circle the waters. In this case, it’s well deserved.