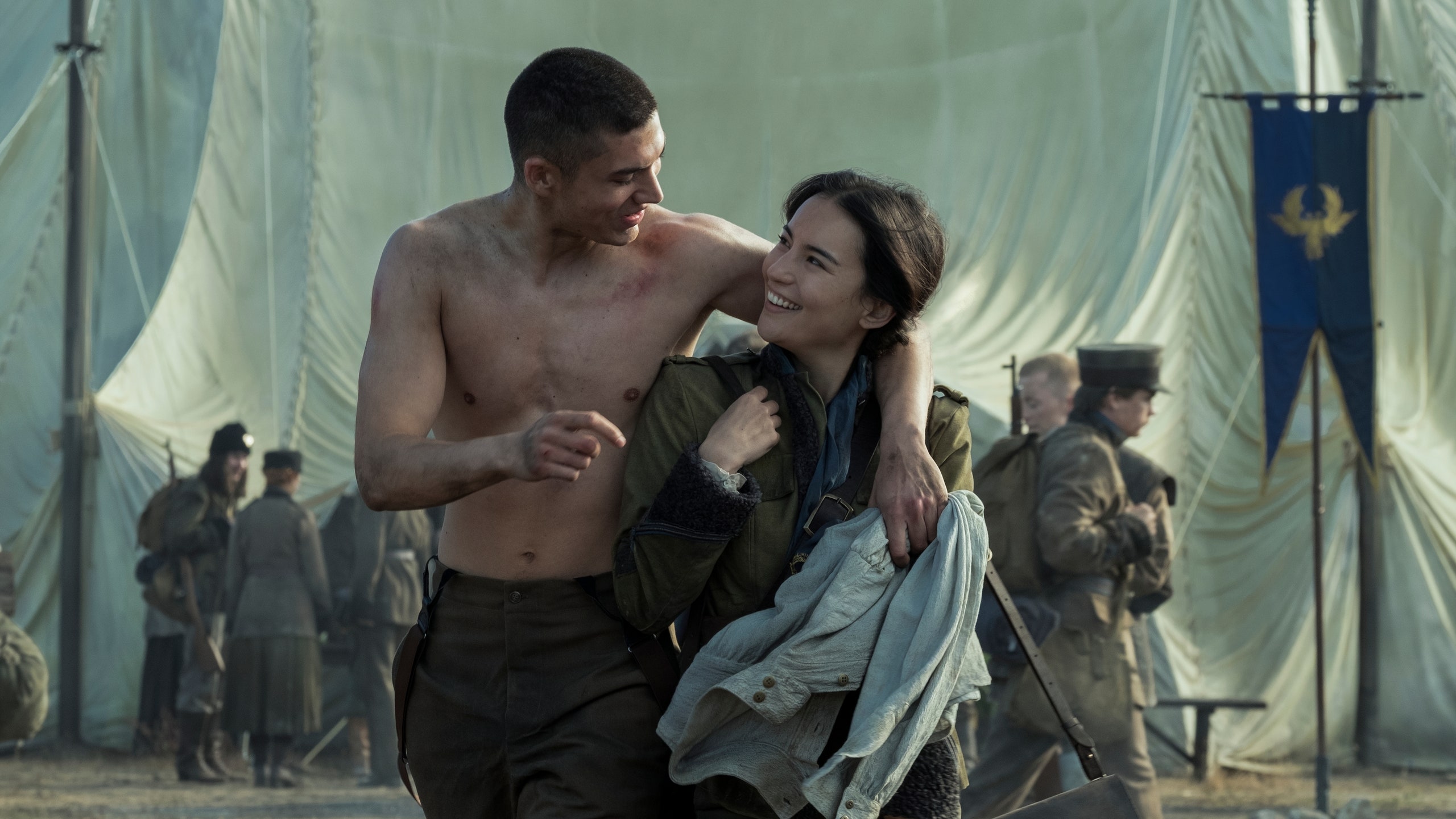 Shadow and Bone is not the second coming of Game of Thrones, more like somewhere between Hunger Games and Divergent. Still, that is pretty darn good. Creating a whole new world is never easy, nor is it simple to follow. The map below will help. Modeled after Tsarist Russia of the 1800’s, the author says “I think there’s tremendous power in the images we associate with Russian culture and history, these extremes of beauty and brutality that lend themselves to fantasy.” Hundreds of years ago, the Black Heretic created The Unsea aka The Fold which now divides East Ravka from West Ravka. The Fold, reminiscent of the huge sandstorms seen in the Southwest, contains vicious monsters called volcra. In Shadow and Bone, you cross it at great risk.

In Ravka, all children receive tests to determine if they are Grisha. Each Grisha has a power, but the power of legend is the Sun Summoner who will be able to destroy The Fold. Young Grisha train at the Little Palace, to protect them and to learn to amplify their power. Even among their own people, the Grisha can be suspect. To the north lies Fjerda, and the land of the Druskelle, fierce hunters of the Grisha who they believe to be witches. To the south is Shu Han, a people thought inferior. East Ravka, tired of hunger and subservience to West Ravka and the King, threatens independence.

Into all of this, mapmaker Alina Starkov just wants to remain close to her best friend, tracker Mal Oretsev. Events will tear them apart. I give Shadow and Bone 4.0 Gavels and it receives an 89% Rotten tomatoes rating and an excellent 8.2/10 IMDb score.

Alina destroys maps of The Fold so she can follow Mal across. Meanwhile, Kaz, Inej and Jesper will receive 1,000,000 kruge if they bring the Sun Summoner to Dreesen. Attacked by vulcra as they cross The Fold, Alina rescues Mal uses light emanating from her hands. General Kirigan aka The Darkling orders Alina be brought for testing. Certain now that Alina is the Sun Summoner, training begins so that their combined powers can destroy The Fold once and for all. But, is Kirigan a man to be trusted? And, why is the White Stag so important? Separated, how will Mal be able to protect his best friend?

Both English and Chinese, Jessie Mei Li makes a compelling Alina. Alina just wants to be a normal girl, but nothing about her life will ever be normal. Best friend, Mal, played by Archie Renaux, is in love with his “little friend.” It takes him a while to figure it out.

Ben Barnes acts as the main villain, General Kirigan. That should be obvious given he is also The Darkling. Curiously, Kirigan’s own mother, Baghra, warns Alina about him. Her part is filled by Zoe Wannamaker, seen in Killing Eve.

You may be tempted to drop Shadow and Bone somewhere in the first episode, especially if volcra are not in your comfort zone. Hang in there. By episode three, you will know the difference between “cardinal north” and “true north” and that “true wealth is the friends you meet along the way.” Alina learns to “be careful of powerful men” and “devious women.” The ending sets up a Season Two quite well.

“It’s a beautifully made show, with the best visual touch beyond the effects being the costumes designed by Wendy Partridge, which lean heavily on Russian influences to make this world feel distinct and special from other fantasy tales.” Collider

“Shadow and Bone transcends familiarity thanks to the commitment of a pitch-perfect cast, well-stylized fight sequences, and intentional character development that makes these relationships feel nuanced and history-laden.” RogerEbert.com

“Everyone believes you are The One. Come back when you believe it,” says Baghra to Alina. Shadow and Bone may not be The One, but for 2021, Netflix has a winner.