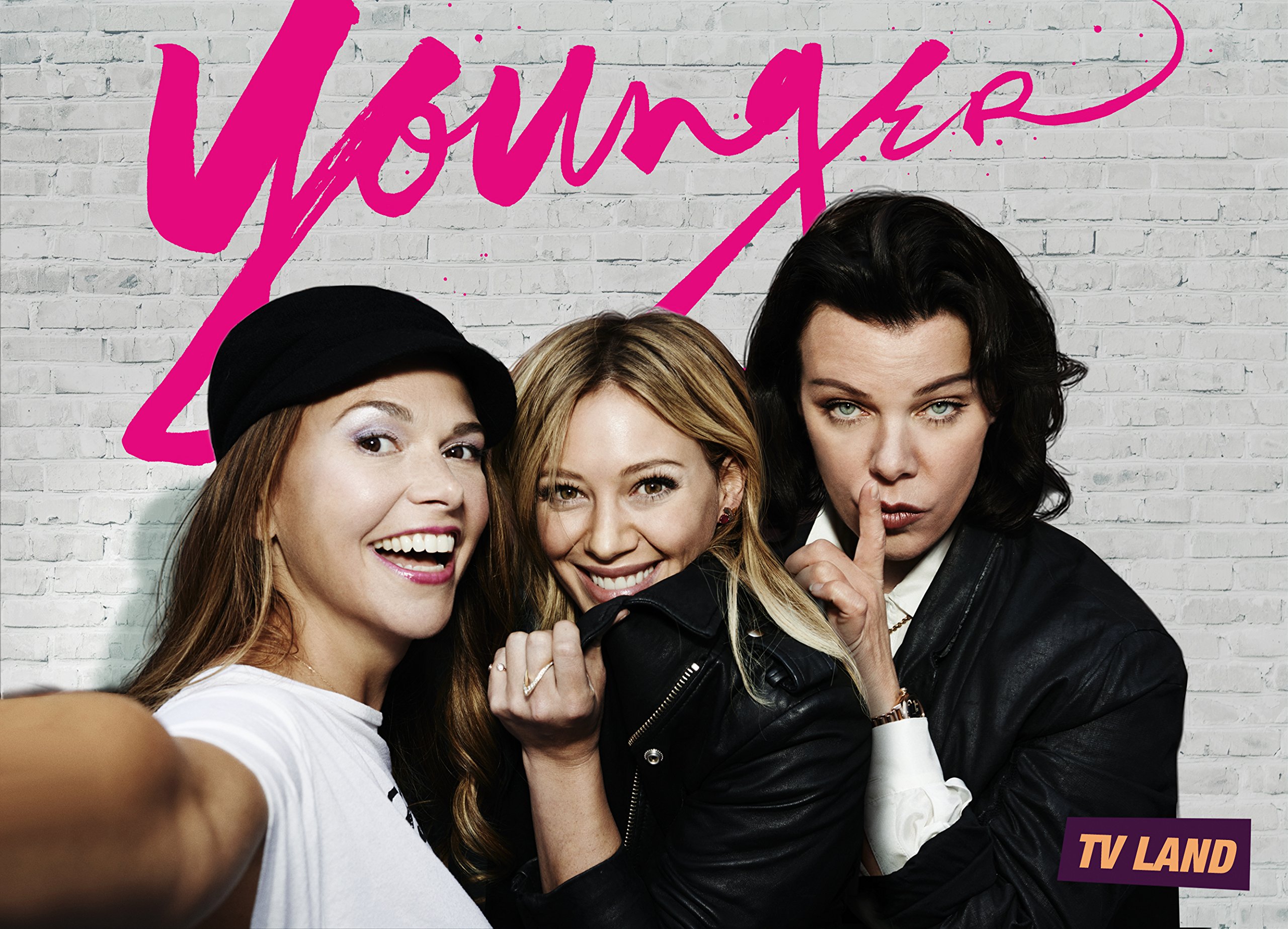 Given its cable and Sex and the City roots, set nearly twenty years later, one would expect Younger to be a little saltier. Still, if you were a fan of Carrie Bradshaw, Liza Miller will likely strike a similar note. For those of us that didn’t follow the City, let me say that Sutton Foster reminds me of Mary Tyler Moore, similar smile, body type, and comedic timing. Is that a stretch? See for yourself.

How tough is it to get back into the workplace after fifteen years? Younger posits that the older and more experienced you are, the less desirable you become, in employment, and in love. Just how ethical is it for a forty year old to pretend to be twenty-six to get hired? Or, as Liza puts it, “do I really want to sell my dignity, wisdom, and respect for my twenties?” A better comedy than most, the dialogue is snappy and witty. Most should like the fashion of the day. What caught my attention? Not many comedies get a 97% first-year Rotten Tomatoes rating and an overall six year average 7.8/10 IMDb score. After a couple of episodes, I give Younger 3.5 Gavels.

Recently divorced, daughter in India, and unable to afford the house, Liza has no choice but to re-enter the job market. She impresses no one that she once became an editor at age twenty-five. Out on the town with her friend, Maggie, a twenty-six year old tattoo artist mistakes Liza for someone his own age. After a makeover and new wardrobe, Liza gets the job with Diana Trout, an editor who makes assistants lives miserable. Now, all Liza has to do is learn the slang and social media connections of millennials.

Perhaps better known for her work on Broadway and her two Tony awards, Sutton Foster is a delight as Liza. She doesn’t quite convince me she’s 26, but then I’m not a tattoo artist in a bar. Debi Mazar plays best friend, Maggie. Her laid-back, drier sense of humor are a good counterpoint to Liza’s. Hilary Duff acts as co-worker, Kelsey Peters, never seeming to notice that Liza is just out of step with her 26 year old friends.

For those expecting a Devil Wears Prada show, this will disappoint although Trout-Pout does her best Meryl Streep (The Prom) impression. Liza is no Anne Hathaway (The Witches) trying to advance in her profession. Rather, she tries to live in two worlds, as a mother and a millennial. The transition makes fertile ground for humor.

“Any success that Younger achieves is thanks to Sutton Foster-who, at 40, and despite the absurd situations she’s placed in-is somehow more convincing at playing a twentysomething than the 27-year-old Hilary Duff.” Slate

At twenty minutes per episode for Younger, each passes by quickly. I found the first of seventy-two episodes on Hulu. None of us are getting any younger. See how one lady handles it, in style, if not believability.