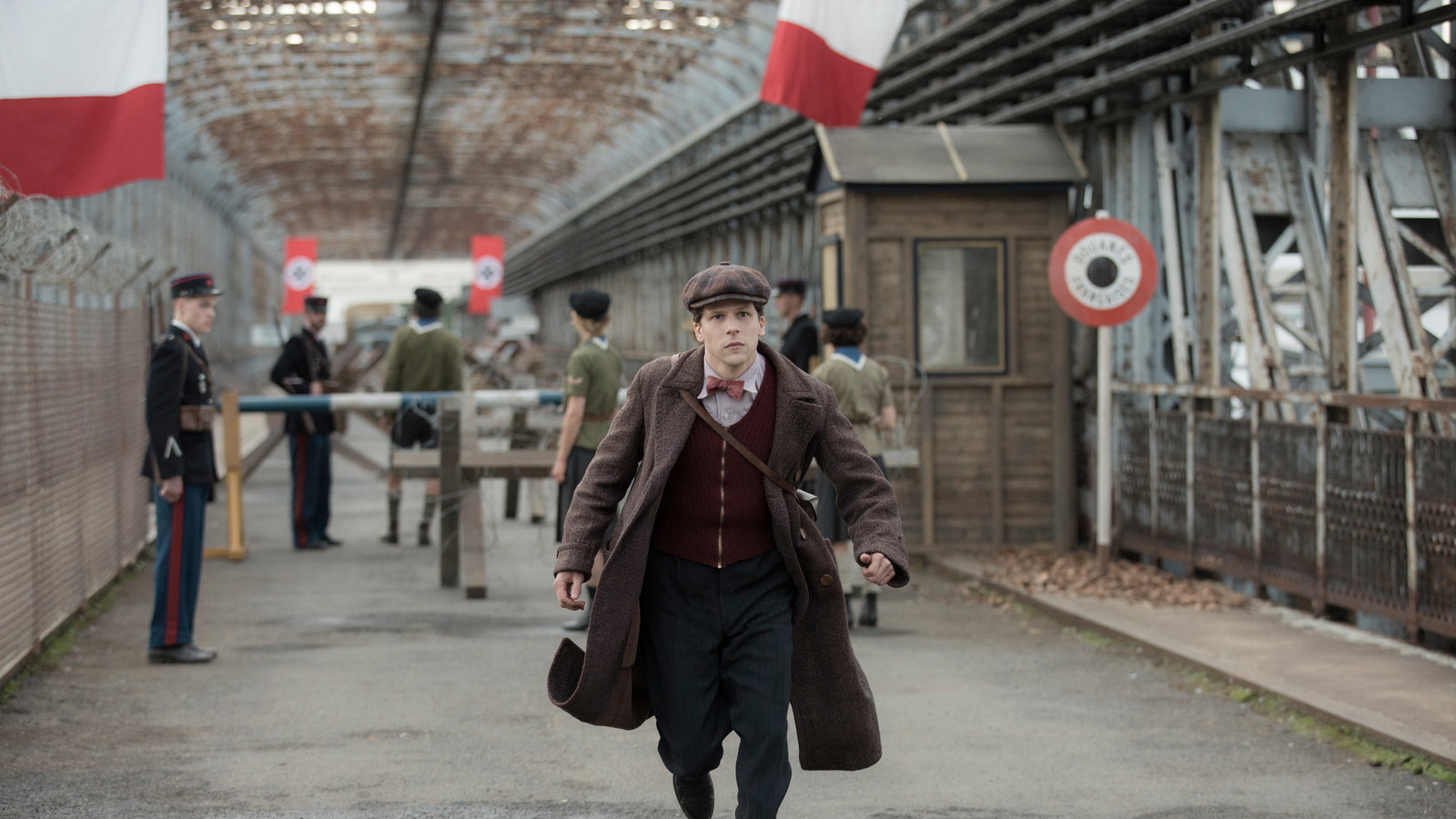 Resistance is another in a long line of “great story, not so well done.” Still, do not resist the heroic account of Marcel Marceau. For the very young, who is he? At your age, if I looked in Webster’s dictionary under “mime,” his name would appear. Of course, that is an exaggeration, but no worse than the introductory comments of Gen. George S. Patton and the portrayal of two sisters killed by Klaus Barbie.

Famous worldwide, Marceau didn’t talk about his exploits rescuing Jewish children from occupied France under the nose of the Butcher of Lyon. Awarded the National Order of Merit, it surprises that it took this long for his story to be told. Certainly, the honorary doctorates received from The Ohio State University, Princeton University, and the University of Michigan indicate it was no secret. Overlooked in Resistance is that Marceau was only 15 when this took place, much younger than in the film. Just why Hollywood felt compelled to blend a fake love story into the movie remains a mystery. Overall, the film gets 3.0 Gavels and receives a 56% Rotten Tomatoes rating with a 6.4/10 IMDb score.

In 1938, Marcel’s father is certain that his actor-son will never amount to much. His cousin asks him to assist with 123 Jewish orphans coming from Germany. Marcel finds he has a talent for entertaining children, and it brings him closer to the lovely Emma. Within a year, Strasbourg evacuates and the children move to Lyon and surrounding areas. Soon, Marcel and brother Alain join the Resistance. Klaus Barbie and the Gestapo use “inhuman” tactics to eliminate them.

Never my favorite actor, Jesse Eisenberg (The Art of Self-Defense) has the body of Marcel Marceau, but doesn’t quite capture the look. You can believe he is useless with a gun, yet he still doesn’t mesmerize with the mime. Even though a fictional character, Clemence Poesy (The Tunnel), brings the Resistance to life. Oddly, her part seems better written.

The Nazis killed over one million Jewish children and Resistance is dedicated to their memory. Marcel Marceau saved hundreds. He believed the best way to resist was to survive. Crossing the Alps into Switzerland is not for the faint-hearted.

“Resistance may be good enough at what it does, but what it does is more horse manure than history.” Sydney Morning Herald

Watch for the history, even as it is spoon-fed with lots of Hollywood fantasy, totally unnecessary.