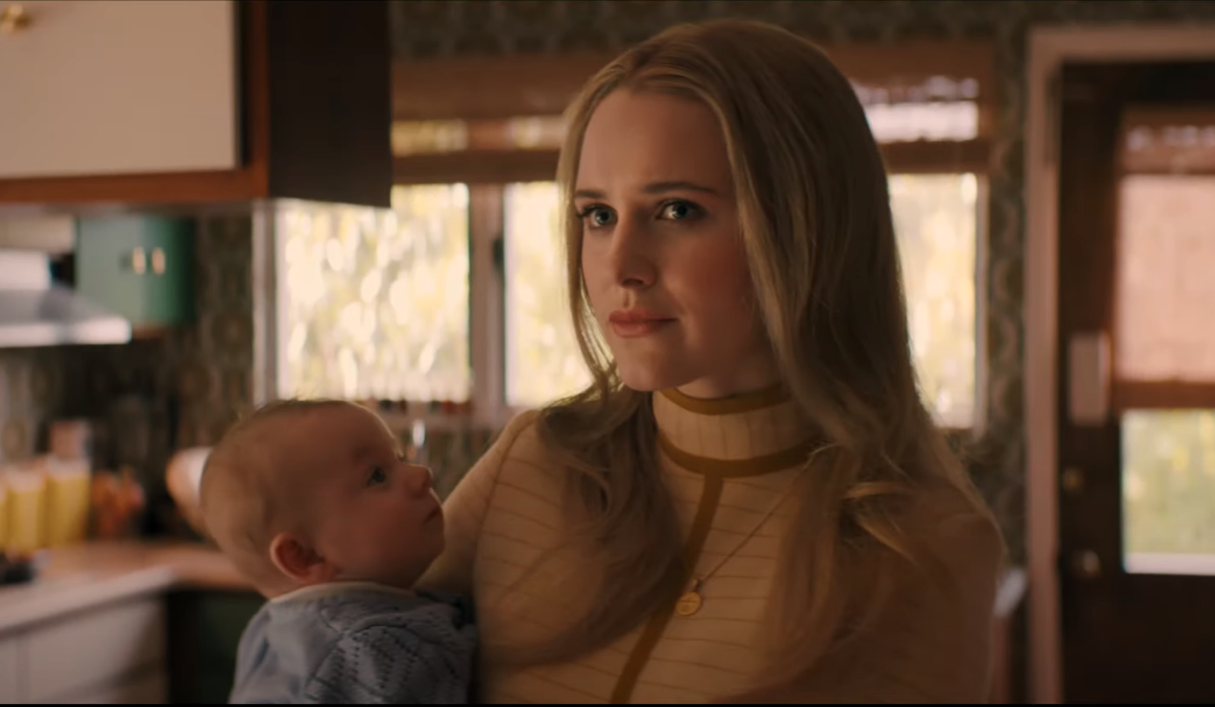 Simply put, the plot of I’m Your Woman is:

In the alternative, the lack of a sensical storyline goes like this:

An ardent admirer of the The Marvelous Mrs. Maisel, that show is at its zaniest when Midge is on-stage. It flags when dealing with family drama. Sorry to say, but “Midge” is all drama in I’m Your Woman. The writers put a couple of twists in the two-hour Amazon Prime flick, neither of which particularly adds anything. I give this ho-hum film 2.0 Gavels. Somehow, it gets an 80% Rotten Tomatoes rating with 48% Audience and 6.1/10 IMDb scores.

Eddie tells his wife, Jean, that he won’t be home that night. Awakened in the middle of the night, a man gives her $200,000 and tells her Cal will take care of her. At a “safe” house, Cal shoots two guys looking for Eddie. Naive Jean knew her husband was a thief, now she knows he’s also a murderer. What else does she not know about him?

From self-assured Midge Maisel to beaten-down Jean, Rachel Brosnahan makes quite the transition. Her acting is fine; the script is not. The only other actors with any screen time are Arinze Kene (Cal), and Marsha Stephanie Blake as his wife Teri. Eventually some director will remember both as actors trying to make the implausible plausible.

I’m Your Woman receives a “film noir” billing and a notation as “subversive”. Someone will have to explain those to me as well as the title. The closest I get to the latter is the use of the song A Natural Woman by Aretha Franklin.

Agreeing with yours truly, The Austin Chronicle prints “Hart attempts to make you feel every moment, but most of these plotless, meandering moments just seem to feel empty. The magic never clicks, and this rich-looking, Seventies-set thriller ends up feeling more like a drag on an unlit cigarette than a burn.” Or, as The Boston Globe reports, “it’s an action movie where the action is always happening somewhere else.”

As the cops in a real “film noir” might say, “move along, nothing to see here.”