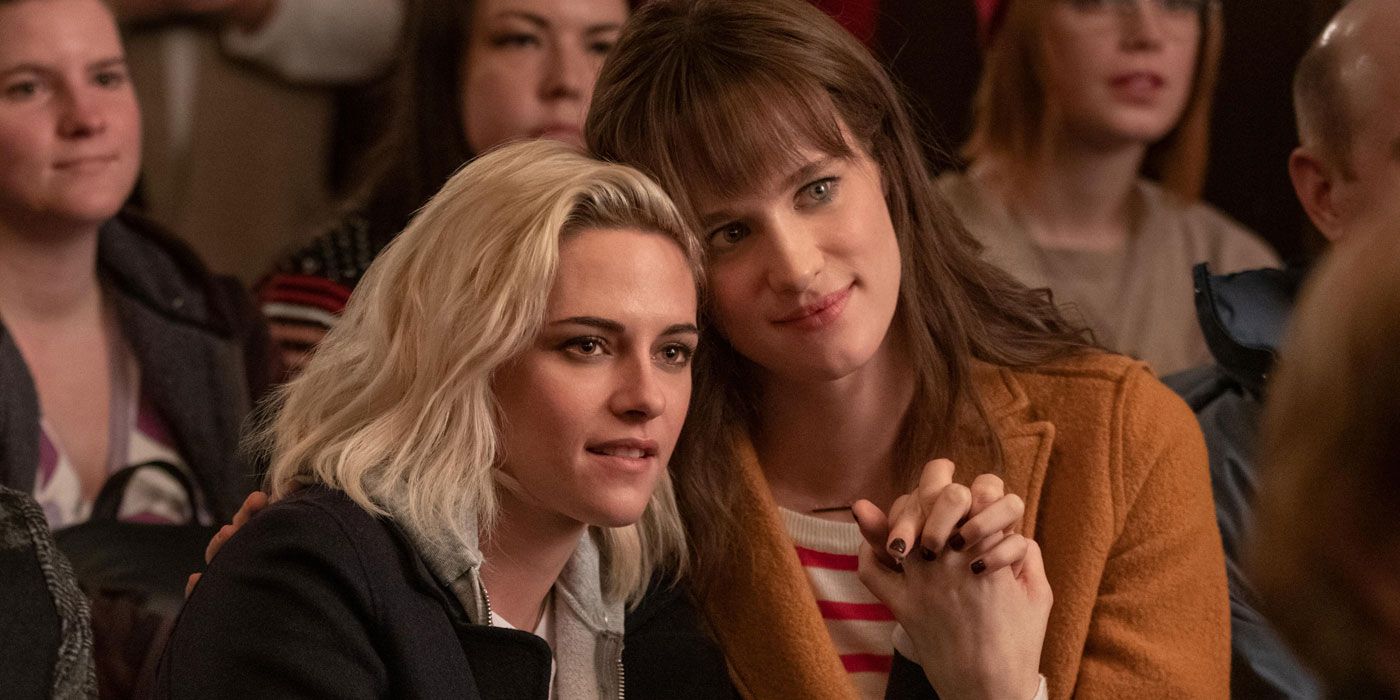 If nothing else, Happiest Season proves that the LGBTQ community has as much trouble making a good Christmas movie as straight folks. Except, I might argue this is really not a Christmas flick, really a coming out movie set during the holidays. First things first. Despite a quality cast and great production values, Happiest Season offers nothing new to the Christmas genre. Like every other movie, one love-interest loves it, the other hates it. The parents and gay friend are stereotypes and the decorations cheesy.

As a film which explores the difficulties of coming out, Happiest Season gains some traction. Harper lied to Abby that her parents knew about their relationship. Clearly, Abby failed to understand the depth of Harper’s fear that she might lose her family. So far, so good. Where the story falters once again is the telegraphing how the family finds out. Within fifteen seconds of meeting this character, you knew. Ultimately, the ex-girlfriend and gay buddy turn out to nearly rescue Happiest Season. More of them and I might elevate my 3.0 Gavel rating. Rotten Tomatoes gives it 88% and the IMDb score is 6.9/10.

Caught up in the moment, Harper invites Abby home for Christmas. Abby takes this as a sign to purchase an engagement ring and intends to ask Harper to marry on Xmas morning. Shocked to find out that Harper’s parents think she is only a roommate, Abby agrees to play along for the five day holiday. Meeting Harper’s ex-boyfriend and ex-girlfriend proves more difficult than Abby imagined, not to mention the preoccupied parents.

After seeing her in Halt and Catch Fire and Terminator: Dark Fate, Mackenzie Davis will never pass as a terrified Harper Caldwell. I’d suggest a role-reversal for Kristin Stewart (Charlie’s Angels), here as Abby, and Davis. In a group of well known actors, Aubrey Plaza stands out as ex-girlfriend, Riley. She gets to be more than a caricature.

For all the hidden secrets and underlying resentment in Happiest Season, the disclosures and acceptance come surprisingly abruptly. If the director omitted some of the silliness and stretched out the drama, the film would have more impact. As edited, one gets the feeling that she rushed to get it wrapped up in a neat little bow.

“All of these orbiting characters can’t dress up the wooden chemistry between Stewart and Davis, which stands in stark contrast to the actual chemistry between Stewart and Aubrey Plaza,” complains IndieWire. In contrast, the San Francisco Chronicle thinks it “one of the best Christmas movies of the millennium,” despite giving it only 3 out of 4 stars. As for me, if I don’t find a good Christmas movie soon, my wife is going to make me watch Love Actually again.