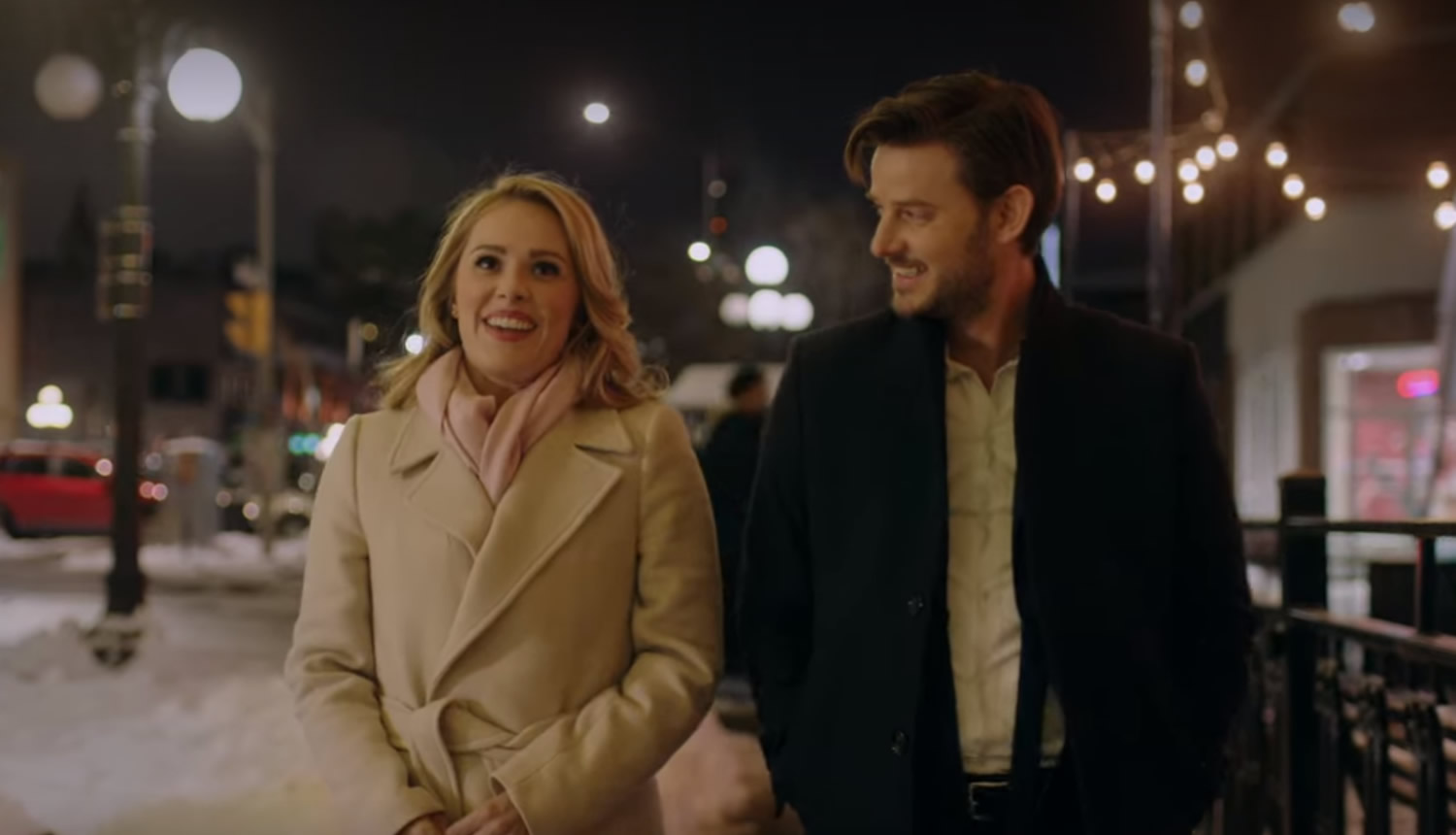 Continuing with Monday Christmas movies, I happened upon Midnight at the Magnolia. I wish I hadn’t. Any film less than 1 hour 45 minutes is usually signaling it has little to say. At a not-so-brisk 97 minutes, this Netflix offering is no exception to the rule. Remarkably, this rom-com couple had more chemistry before they figured out they liked each other than they did after. Even Chicago at Christmastime disappoints. But, even it is better than their radio sign-off “Don’t blow away out there.” Really, that’s the best you could come up with?

The Magnolia is a restaurant in Chi-Town, booking the best jazz musicians since the 1930’s. Run by Maggie and Jack’s parents, it is not the hotspot any more. What better way to advertise but with their popular radio show live from the Magnolia on New Year’s Eve? Also, to tantalize the audience, promise them that their relationships will be taken to a new level. But, as a thin plot, this is about as paper thin as it can get. Everything is predictable and trite. I give Midnight at the Magnolia 2.0 Gavels and it receives a 6.1/10 IMDb rating.

Best friends since childhood, Maggie and Jack dream of some day taking their morning show nationwide. Just before Christmas, Satellite Radio offers them a one-week trial. Giving relationship advice, they argue over how soon you should introduce a new partner to your parents. Management proposes they introduce their significant others to the parental units on New Year’s Eve. One problem–they each just broke up. What else can they do? Why not pretend to be in love? The fans will eat it up! Who doesn’t love a kiss on Midnight at the Magnolia?

The most notable matter in Natalie Hall‘s (Maggie) bio is that she is a direct descendant of Robert the Bruce of Scotland. Remember Braveheart? Seen in Versailles as Chevalier, Evan Williams (Jack) is much the same type character, with little depth. Overall, it’s a pretty nondescript cast, suitable for a nondescript movie.

Perhaps the best part of Midnight at the Magnolia is that they imbibe at the Happy Goat Coffee Co. Google, however, puts it in Ottawa, Ontario, not in Chicago. Is this yet another lie they are trying to foist upon us?

Yahoo!life notes “every year, television networks like Hallmark and Lifetime release an absolutely ridiculous number of Christmas movies that all have the exact same storyline. Netflix has gotten into the cheesy holiday film game as well—so the demand is obviously there!” At the time I pen this article, Rotten Tomatoes pretends Midnight at the Magnolia doesn’t exist, so I am unable to bring you any pithy comments. Some day, I will also learn to be so persnickety.