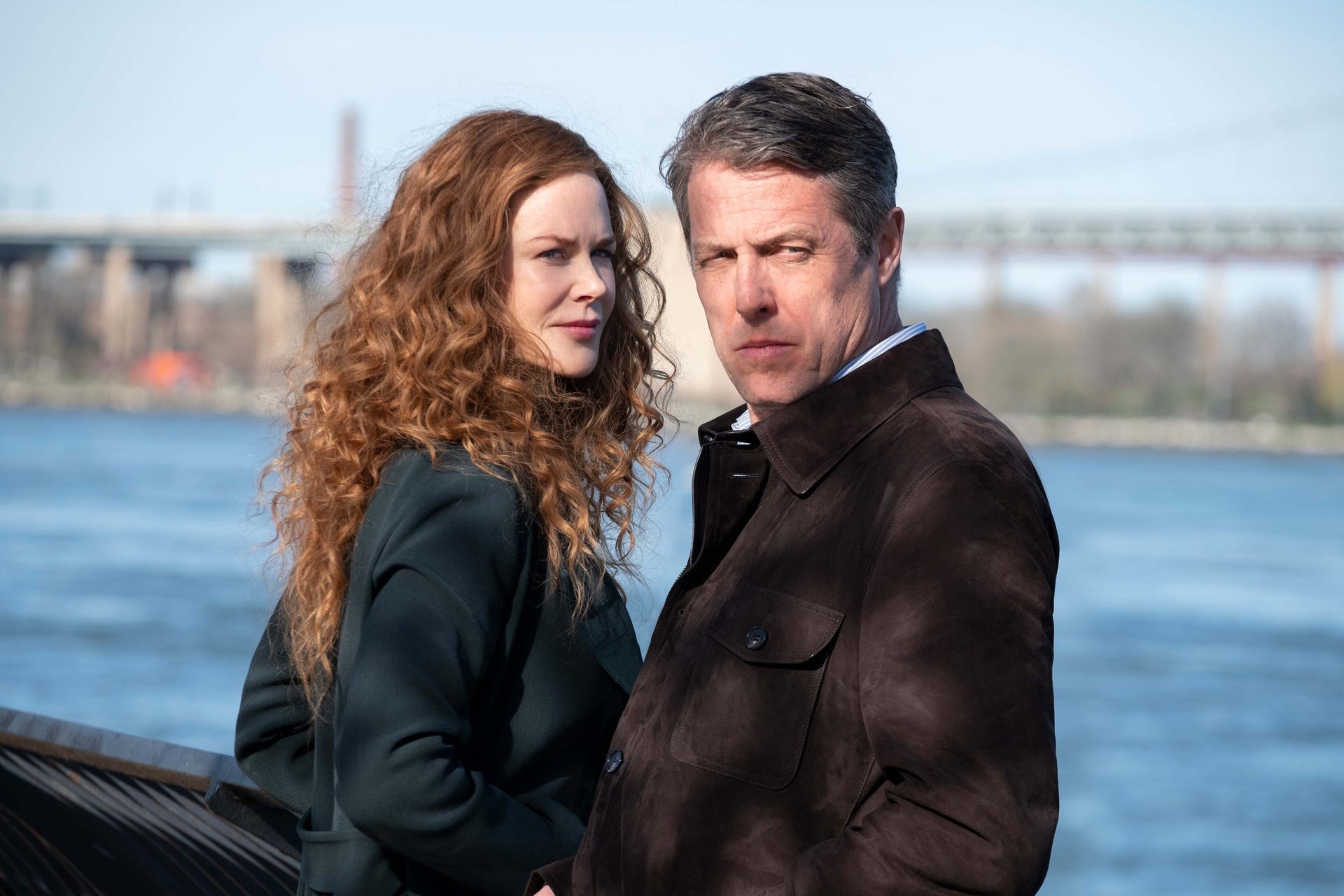 After three episodes of The Undoing, it’s obvious that it ought to start doing something. This six-part HBO series seems to have a good story, if it ever gets around to it. Gorgeously filmed, it has long sequences of walking, strolling, and otherwise meandering around the streets of New York. These are what is called filler. The first eight minutes of episode two were nothing more than a recap of episode one, so why did we need episode one? The reason The Salisbury Poisonings and Quiz worked so well is that they were three crisp episodes. The Undoing needs to follow their example.

Not only frustratingly slow, The Undoing telegraphs events. All seems a bit off, since creator David E. Kelley gave us the snappy and original Ally McBeal, Boston Public, and Harry’s Law. Even the dialogue needs work. The only quote of substance thus far is by defense attorney Haley Fitzgerald. “People hire me to create muck, to muck up the state’s case so much they can’t convict.” The Undoing certainly needs more muck. I give the show 3.5 Gavels and it receives a 75% Rotten Tomatoes rating with very good 8.2/10 IMDb score.

Abruptly, and somewhat socially inappropriately, artist Elena Alves enters therapist Grace Fraser’s life. Just as suddenly, Elena is found bludgeoned to death on the floor of her studio by her 10 year old son. All connected through an expensive private school, the community is in shock. Then, her pediatric oncologist husband, Jonathon Fraser, disappears. Her perfect life now shattered, Detectives Joe Mendoza and Paul O’Rourke soon knock on her door. Her father and her best friend think she needs to hire an attorney, for herself.

At age 53, Nicole Kidman remains as beguiling as ever, magnificently clothed as Dr. Grace Fraser. Hugh Grant is Dr. Jonathon Fraser, a man whose secrets are such that “we are never going to be a family again.” Neither seem quite as comfortable in their roles as does Donald Sutherland. You never get enough of Grace’s on-screen father.

As usual, the quality of this HBO production is so much better than a regular TV offering that one shouldn’t complain too much. Yet, The Undoing offers so much promise that it easily disappoints. Hopefully, the remaining episodes will get some pace, some life. For a story billed as a thriller, it needs some thrills.

In agreement with yours truly, The Detroit News says “The Undoing is somewhat undone by its dawdling pace.” Even worse, Time Magazine writes “the story has gossipy moms, an elite school and a murder investigation. Yet neither the sharp performances nor the lush window dressing can save scripts that have so little to say.” Obviously, the critics scores and viewer ratings indicate a substantial difference of opinion on The Undoing. See what you think on Sunday nights. Perry Mason on HBO was, and is, better.