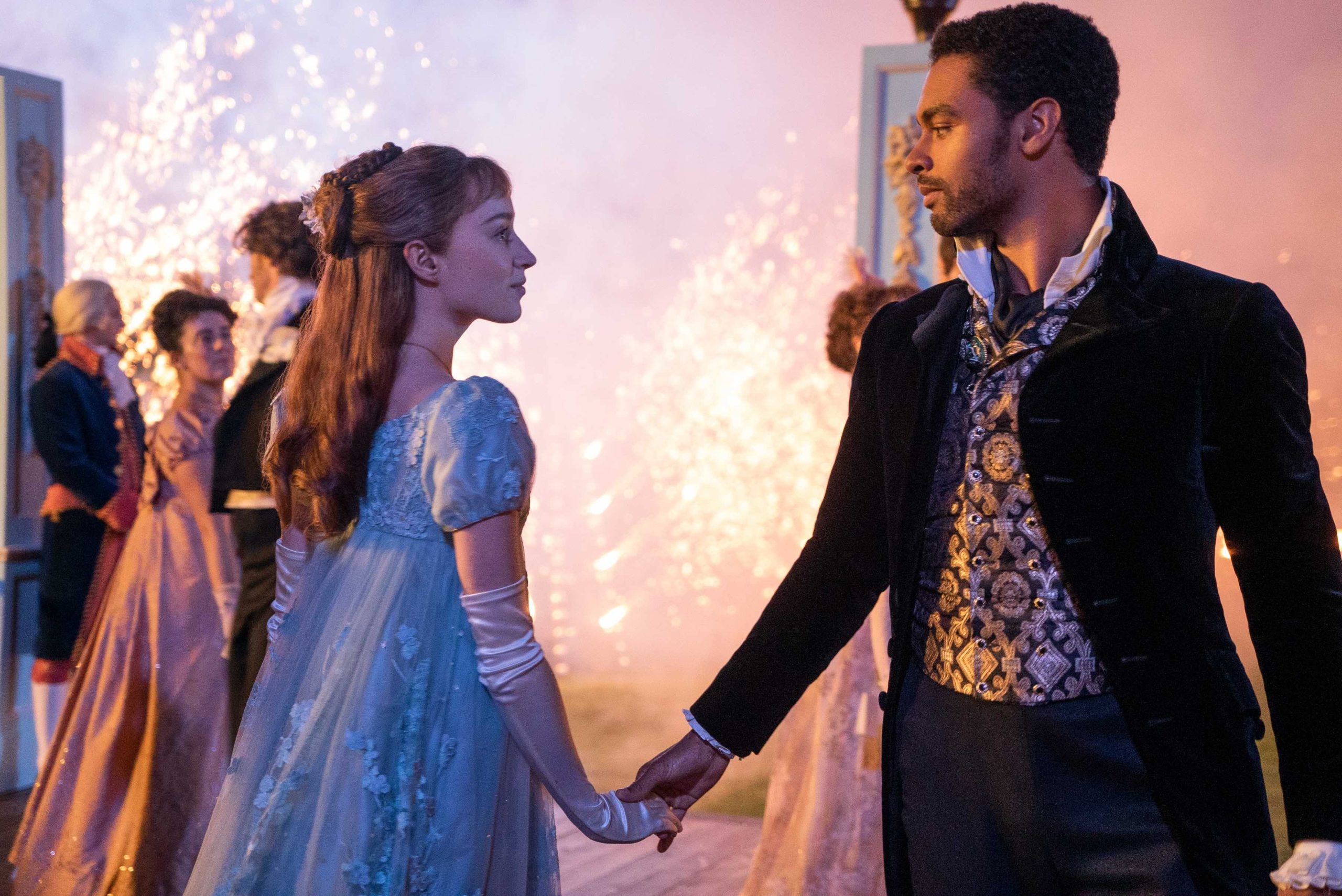 In yet another Christmas gift to viewers, Netflix releases Bridgerton on December 25th. In eight books written from 2000 to 2006, the eight Bridgerton siblings find true love. This Shonda Rhimes eight-part adaptation occurs during the Regency era (1795-1837) characterized by “distinctive trends in British architecture, literature, fashions, politics, and culture.” The competitive world of high society, i.e. marriage, is ruled by Lady Whistledown, voiced by Julie Andrews. If there is a scandal, she will find it! The trailer looks sumptuous, and intriguing. First up, Daphne Bridgerton and the Duke of Hastings.

In a reunion of Kristen Bell (Anna) and Jonathan Groff (Kristof), we get Molly and the Moon. The genesis arises from the true story of a child born with heart defects. His mother would sing to him in the NICU unit and made up a lullaby. From that real event, the writers imagine a world where Molly “wants to exist and be in the world and wants to reach the sound of that voice.” In this live-action musical, there will be a knight in shining armor, a bunny, and, for certain, a monster. No word yet on production, but Deadline reports this is one of “the hot packages” of the American Film Market.

Where else would you have endless winter but Sweden?

I first found Noomi Rapace as Lisbeth Salander in the Swedish version of The Girl With The Dragon Tattoo. That was eleven years ago. Seen recently in Jack Ryan on Amazon Prime, she now returns to her home country for Black Crab. Arriving next year on Netflix, she and five other soldiers skate across the “frozen sea” with a package to end a war. Button up your overcoats, the winds of mistrust are about to blow.

Meanwhile, at the opposite end of the world . . .

News.com.au reports that Australia is a “hotbed” of movie activity due to its success in controlling COVID. In the country since before the outbreak, why wouldn’t Zac Efron make a film while biding his time? Production starts this month on Gold, a story about two men who stumble upon a large gold nugget in the middle of the desert. One must go to get the equipment to dig up the stone; the other must remain behind to face isolation, wild animals, and doubts about the other’s return. Guess which role Zac plays?

Discussed previously, countries increasingly insist that foreign streamers subsidize local productions. Domestic broadcasters and cable TV providers must invest between 25% and 45% of their revenue in local Canadian content. Even though Netflix and Amazon already invest in local Canadian content, proposed bill C-10 brings the unregulated foreign streamers under federal control. It is expected that they would be required to invest a similar amount. Separate legislation is planned to regulate Facebook and Google. To avoid a “Netflix tax,” the company in 2017 agreed to invest $400 million in local content. I guess we are about to see more Schitt’s Creek and its progeny.