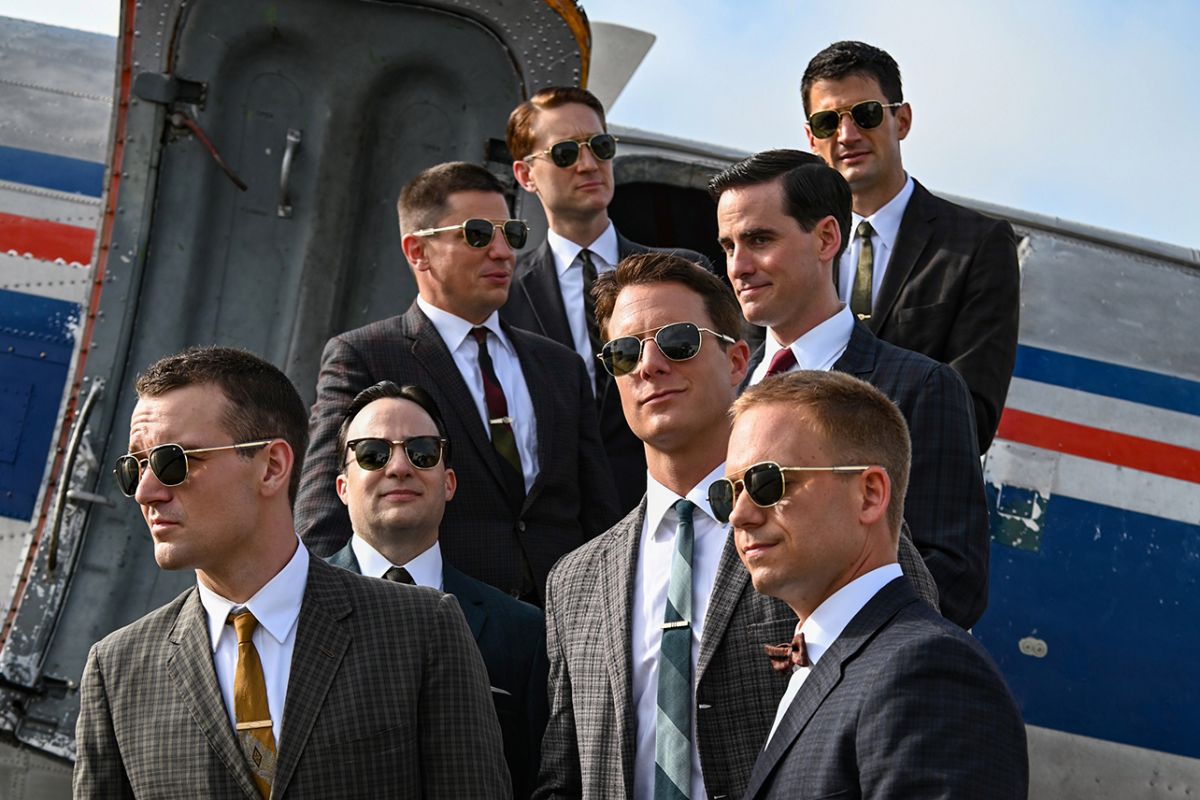 If you’ve just arrived from outer space and know nothing of the Mercury astronauts, then you may find National Geographic’s The Right Stuff (2020) educational. For the rest of us, there’s not much we didn’t know. While History vs Hollywood has little argument with the series’ accuracy, I recommend you watch the 1983 film with its eight Oscar nominations. The viewpoint of the two productions is most different. The Right Stuff film presents the seven as hell-raising heroes, if memory serves me correctly. Through five of eight episodes on Disney+, the series portrays them as a hypocritical bunch, in a more cynical, even if more realistic, manner.

Pure soap opera, the latest version of The Right Stuff also seems to focus more on their personas than their training. One gets the impression they spent more time in the pool than in a capsule, more time on public relations than in a spacesuit. Granted, three more episodes remain to right the ship, and plans to take the series through Apollo, but time is running out. Of note, the episodes viewed thus far center almost solely on the competition between Alan Shepard and John Glenn with a smidgen of Gordon Cooper thrown in. I have no complaint about the production values, but a little more on the other guys would be nice. Thus far, I give The Right Stuff 3.0 Gavels and it receives a 55% Rotten Tomatoes rating with a 6.5/10 IMDb score.

1959 and 1960 are bad years for NASA. The Russians are taking pictures of the dark side of the moon. The U.S. blows up more rockets than it launches. The very existence of the program is at risk. The only thing going for it is those seven brave astronauts, our “star voyagers.”

Except, test pilots like to live life on the edge which makes them risky public relations advocates. Enter, John Glenn the “boy scout” of the Mercury 7. Can he keep Alan Shepard and the others in line?

Jake McDorman plays the most reckless astronaut, Alan Shepard. From working with her former Royal Highness Meghan Markle in Suits, Patrick J. Adams jumps to the role of John Glenn. Colin O’Donoghue portrays Gordon Cooper. Like the rest of the cast, all are serviceable, none are household names.

Episode 5 hints that a peer vote may have decided which astronaut would be the first in space. Certainly, John Glenn thought it hurt his chances (Pittsburgh Post-Gazette). Still, The Right Stuff book reports “a wide range of criteria” was used. In any case, there appears to be no love lost between Glenn and Shepard.

Rolling Stone moans “the story crawls along incrementally without using all that time to let us know its characters as anything but the broadest of archetypes.”

This imitation falls flat, but I guess that’s better than exploding on the launchpad, but not much. C’mon Disney, if you’re gonna’ do a remake, give us something new. Mulan is an prime example.