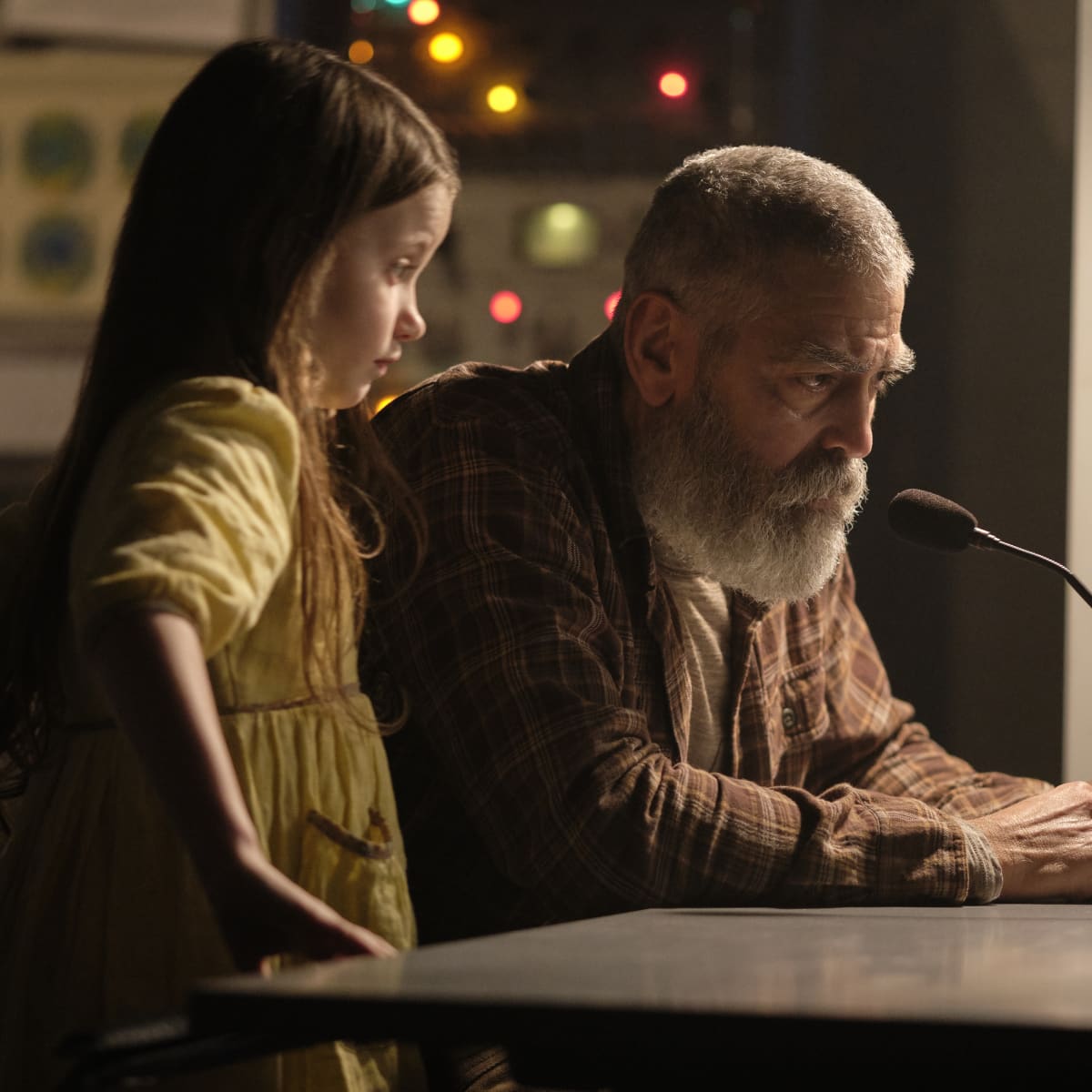 Why is Earth silent?

Billed as Netflix’ main winter blockbuster, The Midnight Sky arrives December 23rd. Recently noted in Thursday Morning Coffee — 10/1/20, I asked “if the astronauts do not return to Earth, where do they go?” As Augustine Lofthouse, George Clooney gives us a hint, but not before he and young Caoilinn Springall travel across the Arctic to reach a satellite to warn the Aether that Earth is a wasteland. Another one to mark on your calendar.

Some years ago, I was asked who would I rather have lunch with, Sean Connery, George Bush, or Pete Rose. Without question, the answer was Sir Thomas Sean Connery, the greatest James Bond of all time. News of his passing on 10/31/20 hits hard, a solemn reminder that Bruce Springsteen’s Letter To You is more relevant to those of a certain age than we would like to admit. Knighted in 2000, voted The Greatest Scot in 2004, and The Sexiest Man of the Century in 1999, what could Connery do for an encore?

Did you know that in 1950 Connery competed in a Mr. Universe contest and finished third? Or, from his earnings in Diamonds Are Forever, that he set up a educational trust to aid underprivileged kids in Scotland? In Never Say Never Again, Connery’s wrist was broken by fight choreographer, Steven Seagal. He finally retired from film-making “due to the idiots now making movies in Hollywood.” As a voracious reader, Sean Connery would make one fascinating lunch partner. I’m sorry I never got the opportunity. RIP, Sean Connery, RIP.

Who buys all these comic books?

In yet another comic book character that I didn’t know existed, meet Moon Knight. Similar to Batman, he is a millionaire entrepreneur who uses gadgets to fight bad guys. Unlike Batman, he uses multiple identities and superpowers given to him by the Egyptian moon god, Khonshu. Because the world needs another hero, here comes Oscar Isaac to star in a Disney+ series. Apparently, we will also get Moonrangs and Mooncopters, and perhaps, all things moon. No word on when we will get the series but it appears to be at least a year away, if not further.

I count three TV series named Platonic just since 2011. Apple TV+ will try number 4. Remember in When Harry Met Sally, the quote was “what I’m saying is–and this is not a come-on in any way, shape or form–is that men and women can’t be friends because the sex part always gets in the way.” In this case, Seth Rogan and Rose Byrne were best friends as youngsters, then had a falling out. Now, they reconnect, but as they spend more and more time together, emotions get in the way. Again, no date for screenings set. This appears to be a one-off for this couple as each season contemplates a new pairing.

Now that the election is over, hopefully, just what is Section 230 of The Communication Decency Act? Enacted in the mid-1990’s, it was to resolve the “Moderator’s Dilemma.” If social media didn’t regulate their content, it would become “the Wild West” and become inhospitable. If they did regulate, then they feared they’d become liable for content. Enter Congress. Section 230 provides social media platforms are not “publishers” and are not liable for “any action voluntarily taken in good faith to restrict access to… material that the provider or user considers to be obscene, lewd, lascivious, filthy, excessively violent, harassing, or otherwise objectionable.”

Believing social media suppressing only the conservative point of view, our President issued an Executive Order urging federal agencies to propose rules to narrow the civil immunity granted by the legislature. Various groups sued to prevent voter suppression due to unregulated misinformation on social media. A California District Court dismissed the lawsuit noting: 1. The order outlines policy goals only. 2. It’s not clear that any agency rule can supersede the statute. 3. And, any possible future regulation is too speculative to give rise to any particularized injury, i.e. you have no standing.

Regardless which party takes control, expect this issue to simmer in the halls of Congress, and in courtrooms.