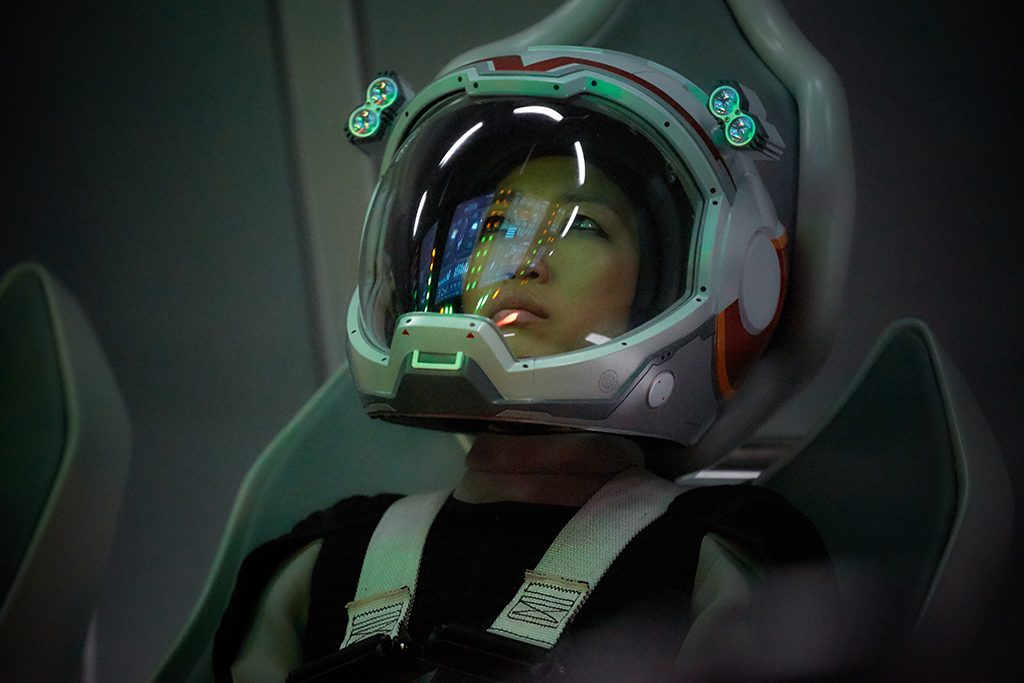 For those into space travel, right now, Mars is The Holy Grail. Not as good as The Martian, but better than Away, this National Geographic/Brian Grazer/Ron Howard six-part Season One explains why Mars is so difficult to attain. Some might think this is an ad for SpaceX and Elon Musk, he appears so often. Nevertheless, from landing on Mars, to finding shelter, searching for water, and living with the psychological stressors of loneliness on The Red Planet, this is a daunting task.

Mars is known as “the graveyard of spacecraft.” So many things can go wrong. This docu-drama takes us on the seven-month journey to Mars, then efforts to stay there from 2033 to 2037. While the drama unfolds, the documentary portion takes you back to 2016 to the planning stages. These include the scientific collaboration of the McMurdo Station on Antarctica and the Hi-Seas isolation experiment on Mauna Loa. While the series tends to the rah-rah for the continued funding of the exploration of Space, it is most informative. I give Mars 4.0 Gavels and it receives a 7.5/10 IMDB rating.

Commander Ben Sawyer and his five fellow astronauts travel to Mars on the Daedalus. The goal is to become an interplanetary species to insure the survival of mankind. The journey is uneventful until the landing thrusters fail to activate. Sawyer is badly injured while making repairs, and the damaged ship lands 75 kilometers from the pre-positioned base camp. Pilot Hana Seung must now take charge. Nothing is going as to plan. They were to live in Daedalus for two years searching for a lava tube to protect their dome from radiation. Now, it is uncertain if they can reach the base camp in time to survive.

Jihae Kim (Mortal Engines and Altered Carbon) plays two parts, pilot Hana on Mars, and twin sister, Joon, CAPCOMM back on Earth. They are reminiscent of Scott and Mark Kelly of the International Space Station fame. If you enjoy an international cast, others include Canadian, French, Nigerian, Romanian, Argentinian, and German actors.

In acknowledging the dangers of space flight, Scott Kelly comments about re-entry that “as soon as you realize that you’re not going to die, it’s the most fun you’ve ever had.” Did you know that dust storms on Mars can be global and last for four months rendering solar panels useless? In a comparison to NASA, Mars also shows what might happen if a schedule is expedited.

The St. Louis Post-Dispatch opines “the format is ambitious, and if some parts don’t entirely work, there’s still a lot to like and learn in Mars.” The back and forth can be a bit clunky, the acting could use a bit of polish, yet the message is most thought-provoking. That’s just what you hope for in a series of this type.