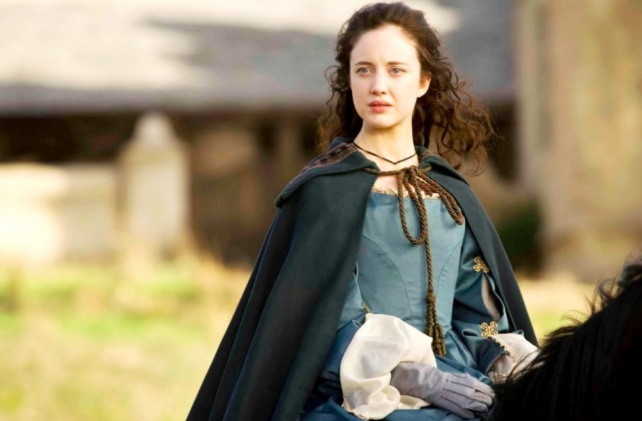 For an interesting tale of the messy journey from the divine right of kings to the rights of the common man, you might wish to stop by The Devil’s Mistress. Released in the rest of the world as The Devil’s Whore, you will find it streamed on Amazon Prime. While we Americans have a general familiarity with Oliver Cromwell, the monikers of Charles Stuart, Thomas Rainsborough, Edward Sexby, and John and Elizabeth Lilburne are hardly household names. To make this period of the English Civil War (1642-1651) understandable, the writers create the fictional character, Angelica Fanshawe.

Viewed through the eyes of a young Englishwoman, how better to do it than have her marry two of the major characters, Rainsborough and Sexby? Studenthandouts.com informs us that the main characters are “for the most part depicted with accuracy.”  And, why do we care? For example, Supreme Court Justice Hugo Black believed the works of Lilburne form the basis for our Constitution and Bill of Rights. While Charles I swore by the royal perogative, Rainsborough and the Levellers want the land to be divided amongst all men. Guided by the hand of God, Cromwell falls somewhere in the middle, supporting a purged Parliament, that is, until he decides he should be Lord Protector. It’s all rather fascinating history souped up into a drama worthy of a Best Drama award in 2009. I give The Devil’s Mistress 4.0 Gavels and it receives a good 7.1/10 IMDB rating.

Repudiated by Charles I for her Catholicism, Angelica’s mother abandons her for a nunnery in France. Raised at Court, Angelica becomes a favorite and marries her childhood sweetheart, Harry. In a struggle against the forces of Oliver Cromwell, Harry surrenders his property without a fight. The King orders him killed and Angelica cast onto the street. Angelica begins to question her Royalist beliefs as she meets Rainsborough, Sexby, Lilburne, and others. No one heeds the warnings of Lilburne that Cromwell will eventually seek to become King. In a Civil War, Cromwell will show himself to be merciless.

Andrea Riseborough (Battle of the Sexes) won a Best Actress award for her portrayal of Angelica Fanshawe. She rocks the Musketeer look! As Sexby, John Simm has an almost Clint Eastwood/Spaghetti Western vibe, although much better spoken. Don’t miss Michael Fassbender as Rainsborough, looking a tad younger than his Magneto role in X-Men: Dark Phoenix.

In addition to the Levellers, Angelica becomes associated with a group known as the Ranters aka High Attainers. They rejected the authority of The Church and thought man should look for the divine within themselves. Needless to say, Oliver Cromwell did not cotton to these folks either.

The Guardian proclaims “The Devil’s Whore is one of the most enjoyable dramas of the last decade or so, and far better than the recent sequel, New Worlds.” The show “makes thrillingly clear, this was a terrifying time: society was in meltdown and loyalties changed fast.” Cromwell didn’t care who he double-crossed. If you like historical drama, this one deserves a second glance.