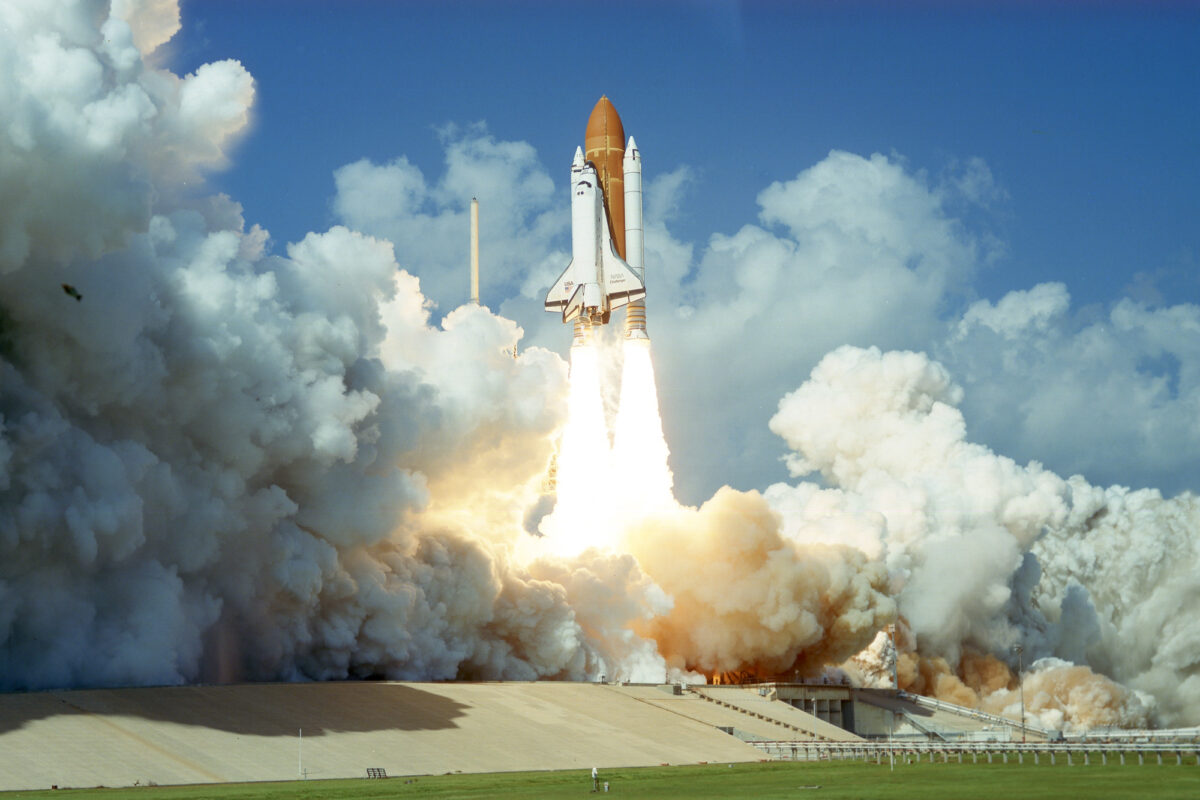 For me, at least, Challenger: The Final Flight was not the absolute shock that was the assassination of John F. Kennedy, nor of 9/11, but it was still quite the kick in the gut. Nearly 35 years later, the words “obviously a major malfunction” seem so inappropriate to the disaster occurring before our very eyes. Challenger: The Final Flight is one of those shows that can make your blood boil. The Netflix four-part docu-series re-hashes the warnings of cold weather on the O-Rings on the solid rocket boosters. The opportunities to cancel the flight were many.

Challenger was to be the “first flight of the private person.” To stir up public support, President Reagan decided a teacher would be selected. Eleven thousand applied; Christa McAuliffe receives the honor. She had “The Write Stuff.” NASA and the astronauts knew of the dangers. “Russia never used solid propellant because once you light it, you can’t turn it off.” But, arrogance of success leads managers to take risks.

From the first flight of the shuttle through the Rogers Commission, Challenger gives an inside view of the events of that tragic day. I give the show 4.0 Gavels and it receives an 88% Rotten Tomatoes rating with a 94% Audience score.

Delayed twice, once by a faulty door latch, the second by weather, NASA feels pressure to launch the Challenger on 1/28/86. The weathermen predict the temperature to go as low as 22 degrees. Those in charge demand a Program Assessment Review on the eve of the launch. The engineers at Morton Thiokol have deep concerns about the O-Rings but do they have “definitive evidence?” Why can’t they wait for warmer weather? Meanwhile, the families have confidence that NASA will do the right thing. Schoolchildren have confidence that space flight is safe. All will soon mourn.

I promise this is not Documentary Week, notwithstanding Gordon Lightfoot yesterday. Again, no actors here, but family members, astronauts, engineers, administrators and reporters form the bulk of the series along with footage taken at the time. Of particular interest are Shuttle Program Director Lawrence Mulloy and NASA Space Flight Center Director Dr. William Lucas. These two still try to justify their actions, years after everyone else concludes they were wrong.

If safety is your number one concern, why would you ever issue a “waiver?” When your arm is twisted so far that you yield, it is probably not a time to “put it in writing.” Travel in Space will always be risky, too many complicating factors. Still, Challenger: The Final Flight didn’t have to be, at least not that day. Then, fifteen years and 86 successful shuttle flights later, the Columbia, warnings again ignored.

As The Wall Street Journal reports “Challenger: The Final Flight may not offer any earth-shattering revelations about NASA’s most famous catastrophe… But the series does take a deep dive into the story, providing no small amount of drama and some eye-opening details.”

“Those who cannot remember the past are condemned to repeat it,” said George Santayana. Are we listening?