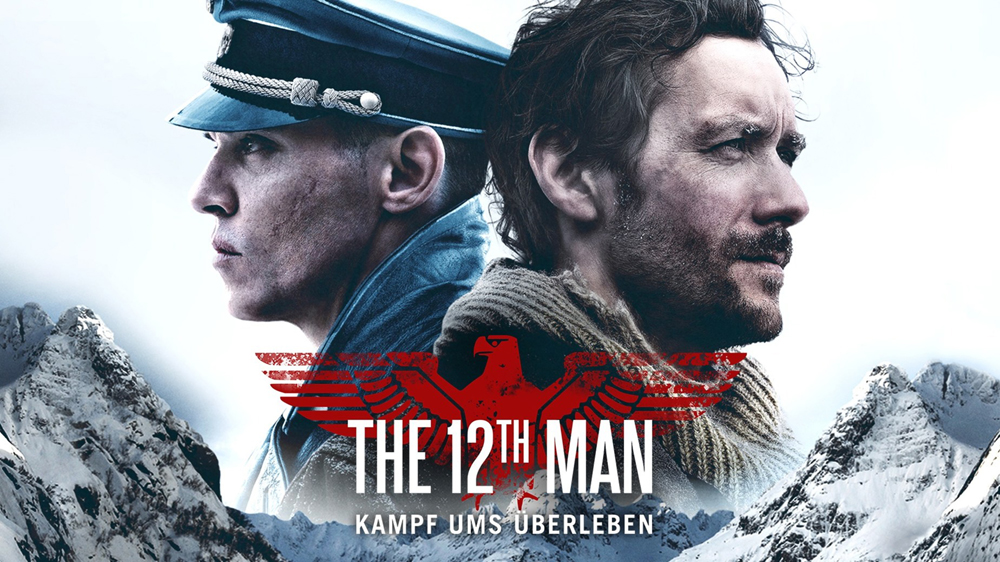 If you know football, The 12th Man are the the fans. But, if you are Norwegian, The 12th Man is Jan Baalsrud. Based on his harrowing escape from the Nazis during the winter of 1943, his heroism yields three books and two movies. Awarded St. Olav’s Medal with Oak Branch (Norway’s second highest war medal) and made an honorary Member of the Order of the British Empire, this Hulu film is a history must-see.

Notably, the survival portion of The 12th Man is historically accurate. The chase by Sturmbannfuhrer Kurt Stage is not. The Germans thought all twelve died, either at their hands in capture or shortly thereafter. Still, there is no question that, because of a prior escape, he was a wanted man. If you want a comparison “struggle-to-live” movie, try The Revenant. The cold Norwegian north is stunning to view, a killer to the inadequately prepared. To survive for two months, suffering from frostbite and gangrene, is beyond comprehension. I give The 12th Man 4.0 Gavels and it receives an 86% Rotten Tomatoes rating with a 79% Audience score.

Trained by the Brits as saboteurs, Jan and his compatriots set off for Norway with eight tons of TNT. Tipped off by a snitch, the Nazis intercept their boat. A fuse is set to ignite the explosives. Jan loses a shoe as he jumps into the water. The others are caught, tortured, and killed. Jan escapes by jumping into a freezing fjord. As his body is never found, the Nazis assume he drowned. But, Kurt Stage needs to see the remains. Jan needs patriotic Norwegians to survive, even at the risk of their own deaths.

Although fictional to this story, Gestapo Kurt Stage was a real-life bad guy. Executed for war crimes in Slovenia in 1947, Norway never got their clutches on him. Suffice it to say that Jonathan Rhys Meyers brings on the evil! Still, the performance of Thomas Gullestad overshadows all. As Jan, he survives frigid water, an avalanche, and 27 days living under a rock. Words fail to adequately explain his suffering, and will to live.

The final portion of the escape of The 12th Man involves a “stampede” of reindeer. The visual effects supervisor says “all the reindeer are real and in-camera! All 1000 of them!” Certainly not something you see every day. The bravery of Jan is not the only element present. The director rightly gives significant credit to those who gave aid along the way.

The Daily Mirror proclaims “although initially the movie is a bit of a slog, the final leg is superbly staged and finger-chewingly tense, and it left me with almost as few nails as our frostbitten hero.” The LA Times reminds us “The 12th Man is a polished crowd-pleaser, with a timeless message: Nazis suck.” This is a Norwegian film so expect subtitles. Be that as it may, it doesn’t suck! Skip Teenage Bounty Hunters for this one.