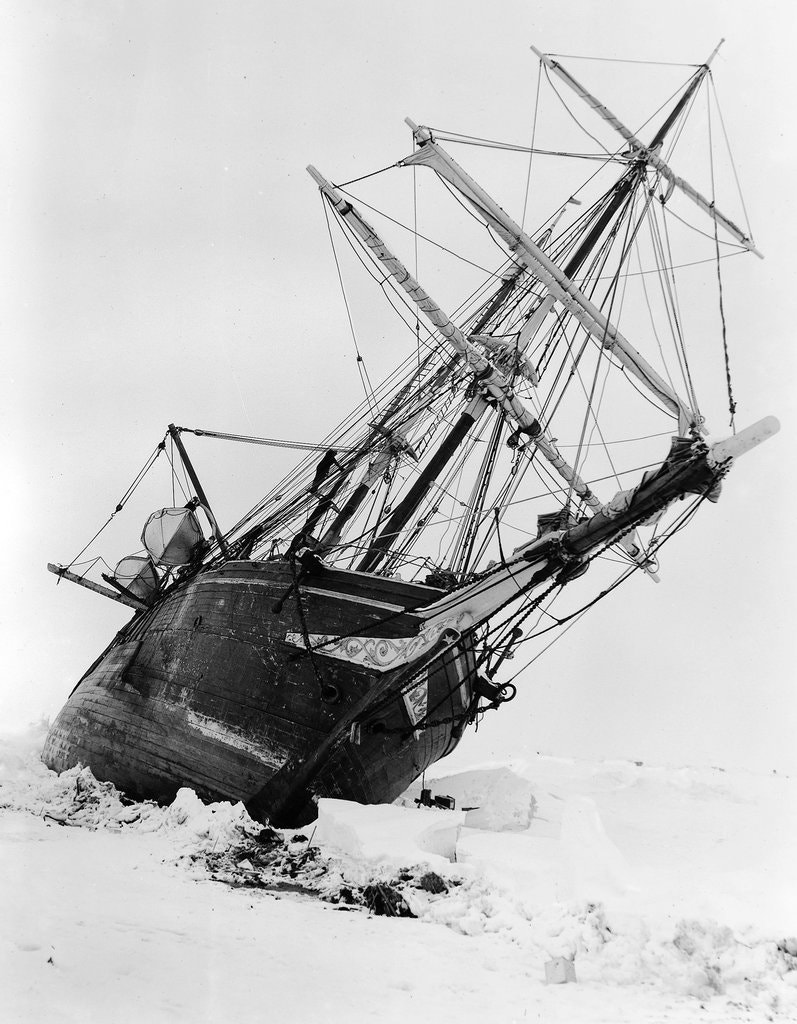 In 2002, BBC names Sir Ernest Shackleton eleventh of The Greatest Britons of All-Time. Clearly, he is one of the foremost explorers of Antarctica, “an astronaut of his day.” Shackleton’s Captain argues that Captain Frank Worsley is actually the key figure in one of the most amazing survival stories ever. Similar to Grant, this docu-drama on Amazon Prime uses historians and actors to explain and re-create. But, Shackleton’s Captain also brings us film and still photos taken by the expedition photographer. The shots of The Endeavor being crushed by polar ice are of a type rarely seen.

The attempt to traverse the continent of Antartica began in late 2014 and the ship abandoned October 27, 2015 in the middle of the Weddell Sea. It would be nearly another year before the rescue of the last man. A truly captivating story, I give Shackleton’s Captain 4.0 Gavels and it receives a 7.5/10 IMDb rating.

Losing the race to the South Pole to Roald Amundsen and Robert Scott, Shackleton raises money to be the first to cross Antarctica. He hires an adventurous captain, Frank Worsley, a man with 25 years experience on the oceans. Warned that the ice in the Weddell Sea is the worse that the Norwegians had ever seen, Shackleton orders Worsley to proceed thru the ice pack. Sixty miles from land, The Endeavor is “stuck like an almond in chocolate.”

Do they try to pull lifeboats 346 miles to an a island? Or do they remain patient as the ice flow slowly drifts toward land? Leaving 22 men on uninhabited Elephant Island, Shackleton, Worsley and four others use the remaining 22′ lifeboat to travel 800 miles in stormy seas to reach civilization on South Georgia Island. After two weeks, they reach the wrong side of the island and must cross a 9,000 foot range. Three will attempt the crossing. Will any of the 25 left behind survive?

Frank Worsley, born in New Zealand, plays Craig Parker, born in Fiji, now living in New Zealand. Worsley’s lectures on the expedition show him to be quite engaging. Charles Pierard appeared in one of my favorite Australian films of all-time, The World’s Fastest Indian. Here, he is Shackelton, a man whose hubris likely got the better of him.

Shackleton’s Captain reminds us that, given the onset of World War I, no one was mounting a “find and rescue” for these explorers. They were on their own. Also noteworthy is that the storm on the trip to South Georgia island was so bad that a nearby steamer carrying supplies sank. Educationally, you will learn some interesting facts about “hoosh” and the use of a sextant. Finally, you should note that the depiction of Shackleton is not without controversy. Still, one cannot overlook the navigational skills of Worsley. Whatever the case, the sheer determination to survive in these conditions is a story that needs to be heard. If you liked Grant, this won’t disappoint.