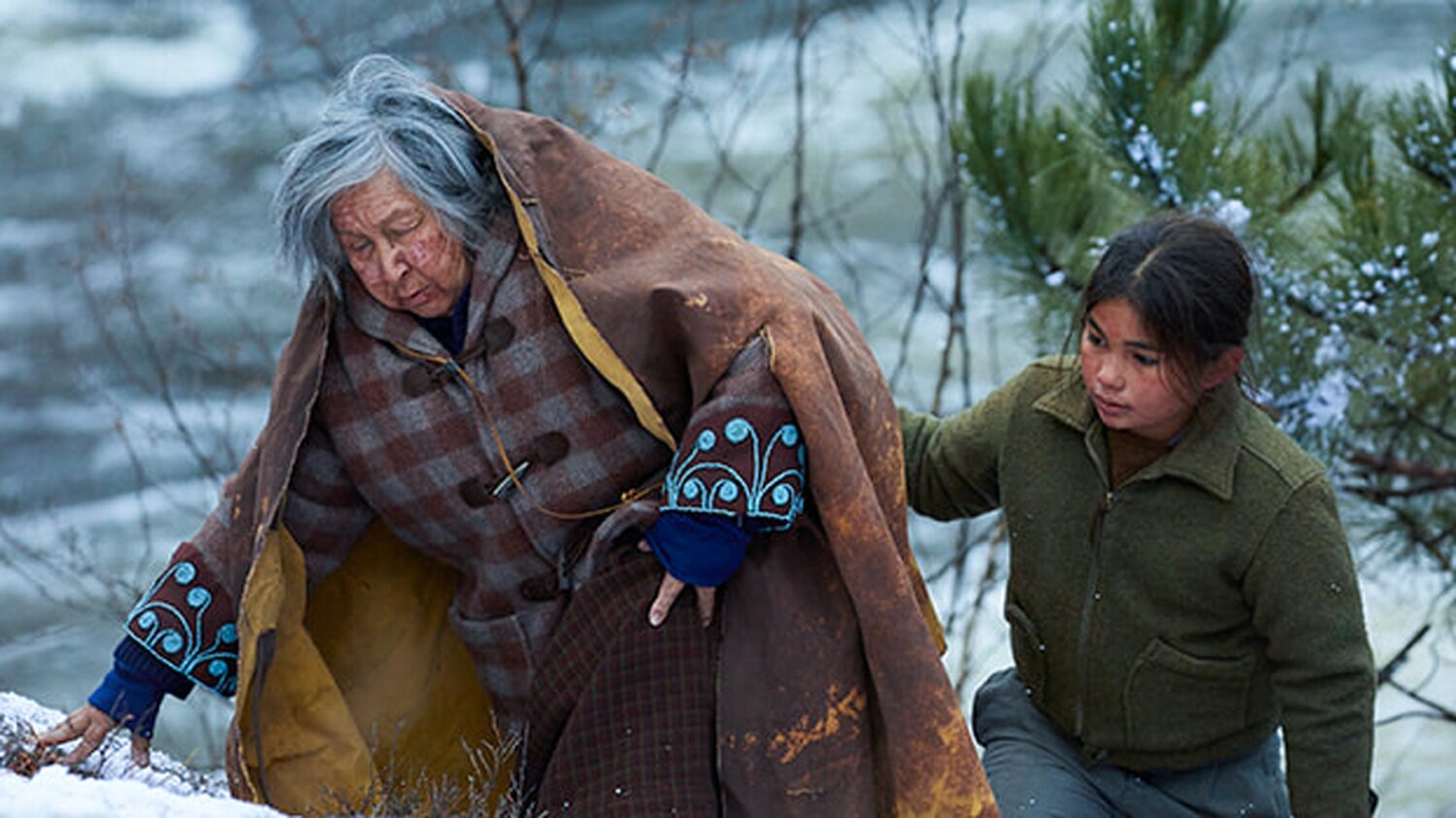 Indian Horse on Netlix is a bit of a bait and switch. Described as an indigenous boy finds refuge on a hockey ring, it is more about being stripped of his heritage. The film is powerful, yet powerfully depressing. We saw a glimpse of the Canadian government’s ruthless policy of taking indigenous kids from their parents in the third season of Anne With an E. Indian Horse takes it much further.

Although this is a work of fiction, it is based on actual experiences of survivors and includes beatings, cagings, sexual abuse, and more, all in the name of assimilation. For more information, see Indian Horse: 10 things about the groundbreaking new Canadian film. Unless you view hope as an apology by the government and the establishment of a reconciliation commission, the film will likely leave you in a state of distress. I give the movie 3 Gavels and it receives a 79% Rotten Tomatoes rating with a better-than-expected 90% Audience score.

Hiding from the authorities, at age 6 Saul is taken to a Catholic school after his grandmother dies. Punished if he speaks his own language, the “education” is all religion. Seeing cruelty all around him, he survives by learning hockey due to the good graces of Father Gaston. Exceptionally gifted, Saul rises through the ranks of junior hockey despite racist taunts and worse. Finally arriving at the doorstep of the NHL, his past, and Father Gaston, come back to haunt him.

Saul is played by three different actors, Sladen Peltier at age 6, Forrest Goodluck at age 15, and Ajuawak Kapashesit at age 22. Despite the horrors he witnesses, Sladen portrays the innocence of youth and hope for the future. Forrest knows he is being treated differently because of his hockey skill, and the resentment begins to boil. Anjuawak displays anger and a feeling of abject hopelessness.

Why were we aware of the Australian mistreatment of the Aborigine, but not of the Canadian malfeasance? The author tells us that this started out as a hockey book, but quickly turned to something dark. For those who love the sport, there is quite a bit of nice hockey action. Just not enough to change the tenor of Indian Horse. For Catholics, let’s say the Church comes off looking badly. It would be one thing if this was a film about clash of cultures, but it is more about a destruction of a culture. For that, we are all much worse off. Families destroyed, lives ruined by alcohol and drugs, it’s not a pretty picture. Granted, it’s an important picture, just far from pleasant.