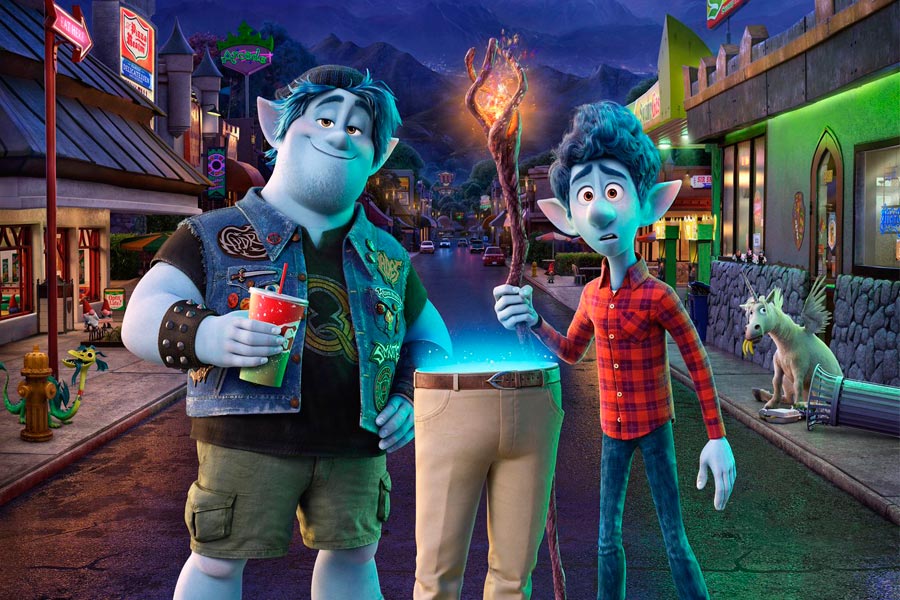 Spring is almost here, so only two more months until THE BLOCKBUSTERS! Two of the more anticipated movies of the year do arrive this month with Pixar’s Onward and Mulan. Most of the offerings still indicate limited release so, again, here is my best guess for March viewing.

Onward — Two elves receive a staff which allows them to bring back their deceased father for 24 hours. But, it only brings back half of him. It’s on to the quest to bring back the rest of him before time lapses. Starring Tom Holland and Chris Pratt and Pixar, this will be creative!

The Way Back — An alcoholic Ben Affleck is given a second chance at life. Asked to coach a lousy high school basketball team, he reluctantly agrees. What happened to this one-time star? Will this be another Hoosiers wannabe?

My Spy — Set for release last August, this one stars Dave Bautista blackmailed by the cutest 9 year old girl into training her to be a spy. How does she blackmail him? She merely threatens to tell her parents that he is spying on them!

I Still Believe — Looking every bit as good as I Can Only Imagine, I Still Believe is based on the true story of singer-songwriter Jeremy Camp and his first wife, Melissa. She is diagnosed with ovarian cancer before they married. KJ Apa and Britt Robertson are the star-crossed lovers. Even better, we get Gary Sinise and Shania Twain as Jeremy’s parents.

The Informer — Joel Kinnamon, Rosamund Pike, Clive Owen, Ana de Armas, and Common star in this one. Kinnamon, ex-special ops, is put into a prison to infiltrate a drug mob. When the affair goes south, the crooked FBI handlers intend to let him die. He needs the help of NYPD Organized Crime to help him escape.

A Quiet Place: Part II — Note I didn’t say that this was an anticipated flick, although it certainly is, just not by me. One of the surprise hits of 2018, the original made $340 million on a budget of $20 million. Of course, it made John Krasinksi and Emily Blunt a power couple. I don’t know how many creatures there were in Part I, but the trailer to Part II seems to indicate they have multiplied, several times over. Yuk!

Antlers — More horror, this time with Keri Russell and Jesse Plemons. I will do no more to perpetuate this genre abomination!

Mulan — Invaded by the Huns, each family must provide at least one male. Hua Zhou only has daughters and must go, despite ill health. Mulan, determined not to be tied to tradition as a woman, takes his place. She will make her country proud. I will be surprised if Disney doesn’t hit this one out of the park. The trailer reminds me a bit of Crouching Tiger, Hidden Dragon (2000).

Friday February 21 — Call of the Wild