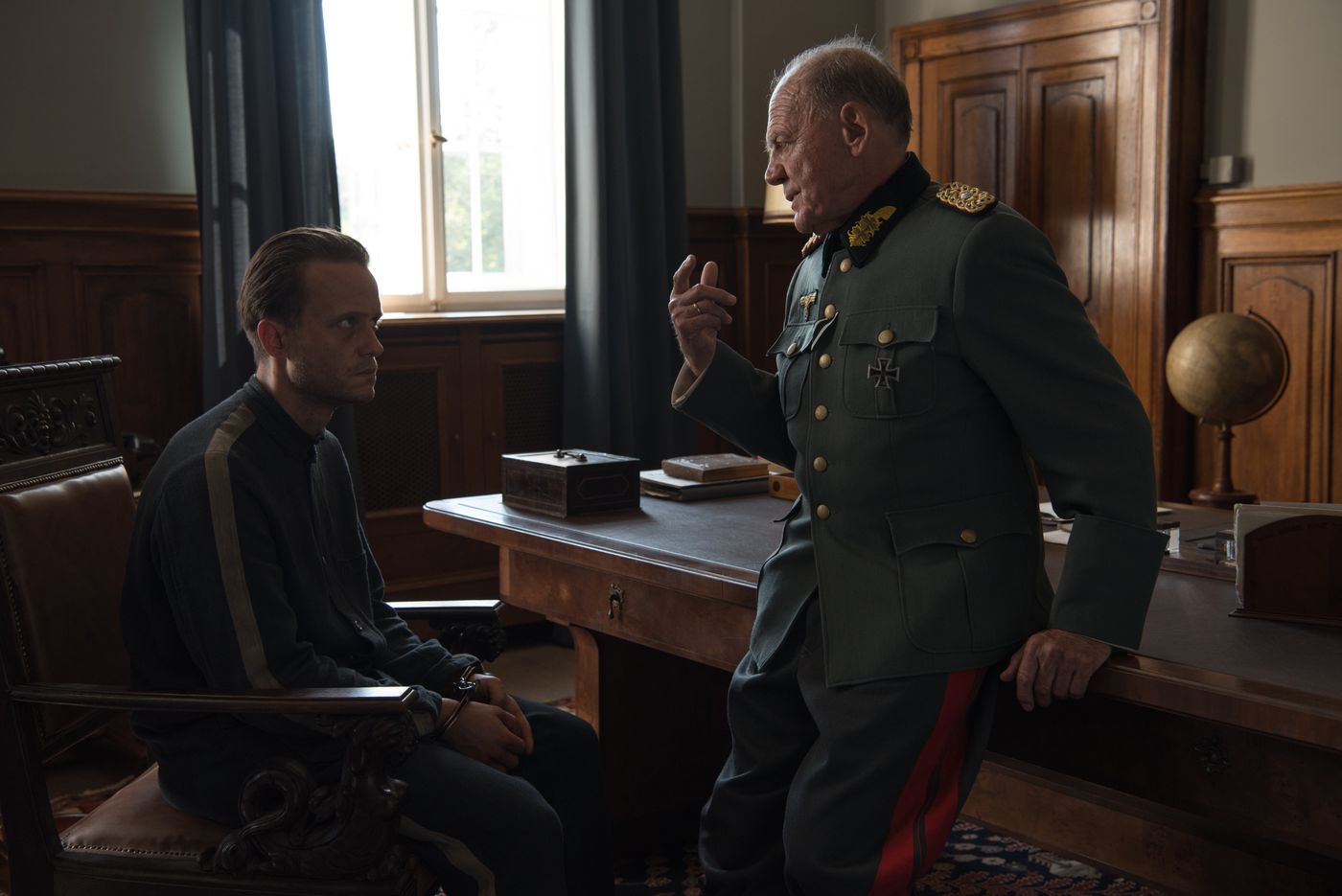 An Austrian with a beautiful wife and children who refuses to pledge allegiance to Hitler is the only comparison of A Hidden Life to The Sound of Music. This movie is one hard slog at 180 minutes. A Hidden Life is a film of contrasts. You will see Austrian mountains, breathtaking waterfalls, teeming plant life, and innocent children presented as wonderfully as in the best documentary. But, it is shot in short scenes which has no flow. As aggravating as that is, it gives portent to the ominous, foreboding evil about to come.

Although nearly all is in English, some characters spew German or an Austrian dialect which are, inexplicably, not subtitled. As attractive as it is at times, it is not pleasant viewing. Nazi infliction of pain, physical and mental, never is, especially knowing it is just around the corner. I give the movie 2.5 Gavels and it receives an 83% Rotten Tomatoes rating with a 71% Audience score.

Franz and Franziska (Fani) Jagerstatter live high in the Austrian mountains in 1939. Conscripted in the army, all are required to swear allegiance to Hitler. After months of training and the fall of France, he returns to his family. By 1943, Germany again needs soldiers. Called up again, Franz refuses the pledge. Politicians, the Church, his family, and friends all try to convince him that the pledge is meaningless. Franz is even given the choice to work in a hospital, but he must sign the pledge. If not, . . .

Either August Diehl (Inglorious Basterds) or Valerie Pachner, as Franz and Fani, are in every scene. Follow them from first love, to the happiness of children, to the anguish of war, and the pain of separation. Will their love letters and faith in the Almighty pull them through? Both are terrific!

As difficult as this may be to believe, the extensive agriculture scenes are so plentiful that, early on, you suspect that you are watching a cousin of The Biggest Little Farm. Based on a true story, we are not told that Franz was later declared a martyr by the Catholic Church and beatified. Fani’s father says it is better to be treated unjustly than to be unjust to others. Even knowing the consequences, Fani remains steadfast to her husband. Much of the latter portion of A Hidden Life is Franz and Fani reading letters to each other. It is surprising that the Nazis allowed the letters to be delivered. As one critic says, “this is an environmental daydream and a human nightmare rolled into one.” Well-said!