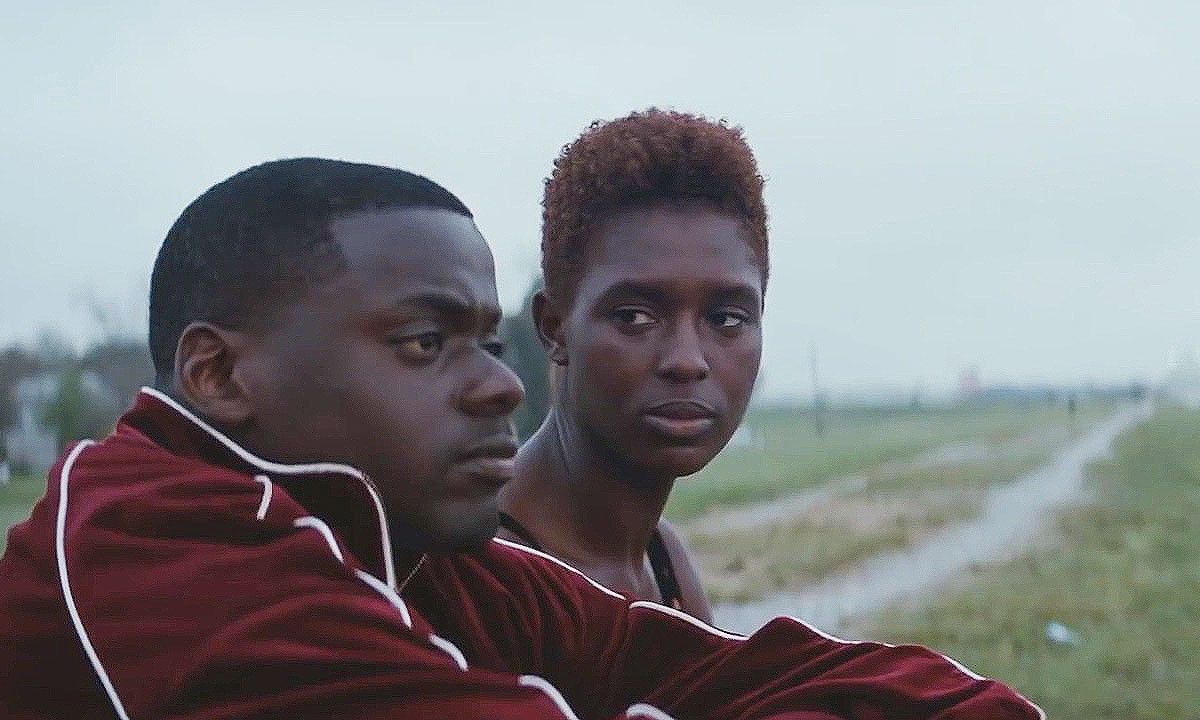 The director of Queen and Slim doesn’t want her film referred to as a black Bonnie and Clyde. If not, why did the marketing department display it so prominently in the trailer? Clearly, they are not the outlaws portrayed by Warren Beatty and Faye Dunaway. Still, fugitives on the run who become folk heroes lead to the inescapable comparison. As a story about racism in the justice system, this one seems too contrived. The pimp uncle, the snitch druggie, and the wide-eyed boy-worship too caricature. As a love story, these two are oil and water. Yet, opposites do attract, especially when thrown in hopeless situations dreamed up by Hollywood. Less enamored than the critics, I give Queen and Slim 3 Gavels and it receives an 87% Rotten Tomatoes rating with no Audience score as of this writing.

Queen, a defense attorney, has a bad day. Not wanting to be alone, she answers a three week old dinner invitation from Slim, a religious, non-drinking retail employee. Having little in common, the drive home escalates from a traffic citation to a police officer’s death. Queen urges a reluctant Slim to run. A nationwide hunt ensues; the video of the stop gives a different picture. Where can you run when there is no place to hide?

Daniel Kaluuya (Slim) gives the best performance of his life (better than Get Out) as a good man tortured by events that escalated beyond his control. His face is so expressive, dialogue is completely extraneous. Jodie Tuner-Smith (Queen) is solid in her first major role, but the character ranges from distant, to unlikable, to contradictory, and finally, relatable. Is her acting style a little too one-note? I venture that the jury is still out.

Although only five of us were in the small corner theater showing, Queen and Slim expects to earn its budget over this long weekend. To her credit, the director does include an impressive soundtrack to this ill-fated journey. The traffic stop/escalation story is one that needs to be told, from both points of view. But, this is not the vehicle. These two rarely act logically, like stopping to ride a horse while on the run. Romantic, maybe; nonsensical, absolutely. Despite what the critics are trying to sell, this is not a great movie. Caveat emptor!