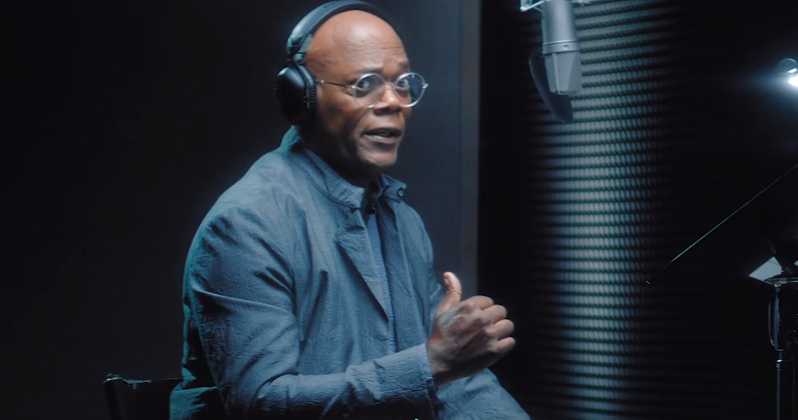 Will you add Samuel L. Jackson‘s voice to your Alexa? Will they play well together? If you have kids, you may want to turn off the cursing option. Who will be the next celebrity voice? The options are endless. Regardless, I don’t think Mrs. TMJ is going to tolerate too many M-F’s and G-D’s. What would our grandmothers think about bringing this into the house?

How to make a movie.

The above is not a trailer. Rather, it is a very interesting explanation of how to make a movie appear to be made in one continuous shot. To be released on Christmas day, 1917 is a film by Sam Mendes set during World War I. Two young soldiers must cross enemy lines to deliver a message which will prevent 1600 soldiers from walking into a trap. Most moviegoers have already seen the trailer, but this explains how it was made. The camera never takes its lens off the main characters, i.e., no cutting to a different scene.

The War of the Worlds was written in 1897. H. G. Wells wondered what if the Martians did to the British what the British did to the indigenous Tasmanians. Sprung on an unsuspecting American radio audience in 1938, it created a panic. After seven films, why not one more? BBC will present a three-part series later this year set in Edwardian England. Eleanor Tomlinson (Poldark) and Rafe Spall (Agent C in MIB: International) will star.

“The Soviet Union is not the workers’ paradise you think it is . . .”

Having interviewed Adolph Hitler, wouldn’t you next want to speak with Joseph Stalin? Inspired by a true story, reporter Gareth Jones gets permission to go to the Soviet Union in 1933. He discovers that all is not well in Stalin’s paradise. Confined to Moscow, he slips into the Ukraine and discovers genocide. But how will he get his story out, and who will believe him? James Norton, Vanessa Kirby, and Peter Sarsgaard star. Hopefully, we will see this in early 2020.

We knew that Hollywood was de-aging actors using CGI techniques. But, can you de-age tired muscles and aching joints? It appears the answer is a resounding “YES!” On the set of The Irishman, streaming later this month on Netflix, you find a “posture coach.” Robert DeNiro and Al Pacino now walk, hop, and jump “sprightlier” in their younger versions. Maybe your local YMCA could hire a “posture coach.”

Is Roger Rabbit about to escape?

In 1981, Gary Wolf wrote Who Censored Roger Rabbit? Disney bought the rights the same year and made the highly successful Who Framed Roger Rabbit in 1988. Although there is a “wonderful” sequel script, Disney apparently has no interest in it. But, and there is always a but, in the late 1970’s Congress amended the copyright law to allow an author to reclaim rights after 35 years with two years notice. Mr. Wolf has done so, along with the writers, or their heirs, for Terminator, Die Hard, Beetlejuice, Predator, and Nightmare on Elm Street. So, will we get to see Jessica Rabbit again? The law allows the author to reclaim U.S. rights but it does not apply to foreign rights and there are still trademark issues. For an industry that loves sequels, more headaches!

How much presence is enough? Netflix has no local office in Italy, and so, files no tax returns. Yet, it streams to 1.4 million users. Those, together with its fiber optic cables and servers, give it a physical presence, but will those qualify as a local office? Italian prosecutors think so, and have settled similar cases with Amazon and Google for hundreds of millions of euros. Here’s guessing Netflix either pays or the Italians will change the law to require some sort of tax. No way a government overlooks this revenue “stream.”