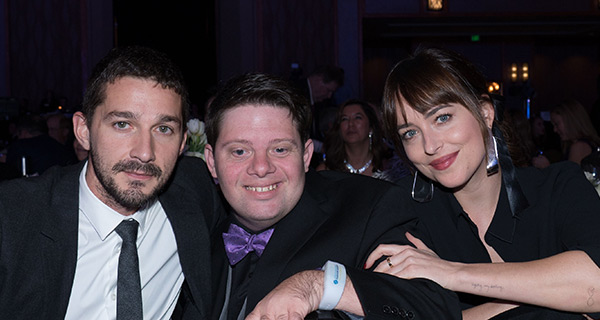 Be prepared for creativity!

On August 9, be prepared to fall in love with Zak (Zachary Gottagen), a young man with Down syndrome who runs away to become a professional wrestler. His partner in escape is Shia LaBeouf who tells him he needs a moniker. Voila! He becomes The Peanut Butter Falcon. The sympathetic, but realistic, caretaker who must chase him down is Dakota Johnson. Only seven reviews so far, but a 100% Rotten Tomatoes rating.

Netflix gets George Clooney this time. In Good Morning, Midnight, George is an astronomer in the Arctic when told he must evacuate. At the same time, an astronaut is returning from Jupiter when Mission Control goes silent. Are they alone? The need for human contact drives this story. Let’s hope George has a better ending than he did in Gravity (2013).

Crazy Rich Asians star Constance Wu is dumped by her boyfriend in Goodbye, Vitamin. Returning home, she finds her father is suffering from Alzheimer’s disease. She must stay home for a year to help her mother provide care. So what do you do to assist a former History professor? Why not fake classes so he can still teach? Like The Peanut Butter Falcon, certainly there will be moments of great heartache. Yet, both are described as “very sweet.”

Get ready for “the black Bonnie and Clyde” on November 27th. So just how does a first date go sideways? In Queen and Slim, they are driving home and stopped by a police officer. Killing a police officer in self-defense, they decide to rob banks rather than explain what happened. Does this make sense? Referred to as “protest art,” the movie stars Daniel Kaluuya and Jodie Turner-Smith.

Are we sensing a pattern?

Corrupt police officers seem to be a staple of movies. On October 25, Naomie Harris is a rookie cop in Black and Blue. Told to stay put, she stumbles onto the killing of a drug dealer by fellow cops. No one might believe her except the scene is recorded on her body cam. Not only do the perpetrators want to destroy the evidence, the dealer’s “friends” want revenge. Can she survive long enough to get the tape to someone trustworthy?

Charlize Theron, Kiki Layne, and Chiwetel Ejiofor are set to star in another Netflix movie called The Old Guard. Charlize is the leader of a group of immortal mercenaries; they can feel pain but cannot die. Honing their craft through the ages, their secret is now exposed. Will they be able to keep the team together? Are there fates worse than death?

Just who is Bosley anyway?

From 1976 to 1981, Charlie’s Angels was known as “Jiggle TV,” specifically emphasizing the sex appeal of female leads. In the new version, there are multiple teams of Angels led by multiple Bosleys taking on the toughest jobs to keep us safe. Above, we have Kristen Stewart, Naomi Scott, and Ella Balinska. So, who is their “Bosley?” Since she wrote the screenplay, my bet is on Elizabeth Banks. Still, other listed Bosleys include Djimon Hounsou, Sam Claflin and, none other than Patrick Stewart. On November 15, if no jiggles, then hopefully, some giggles.