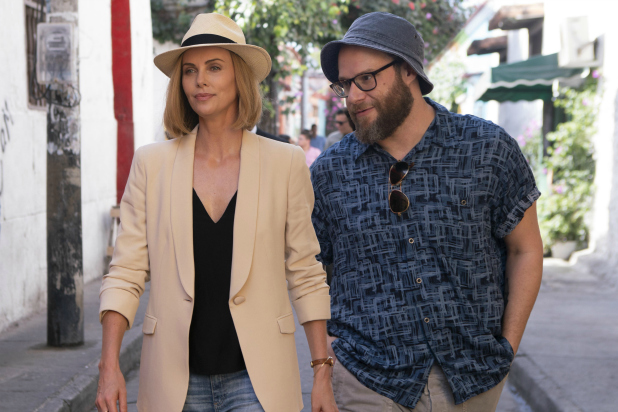 It is with a heavy heart that I come to you to announce that Charlize Theron and Seth Rogen have little chemistry. Despite Ms. Theron having an Oscar under her belt for playing a female serial killer in Monster, even she couldn’t pull this off. Long Shot is just slightly better than an SNL skit and just a tad bit less raunchy. A rom-com should be romantic and funny. This has little of either. A satire should stretch the truth but not be far-fetched. This long shot misses the mark, badly. I give Long Shot 3 Gavels and it receives an 85% Rotten Tomatoes rating with no Audience Score as of this writing.

Charlotte Field is an accomplished Secretary of State who will receive the endorsement of a well-liked, though somewhat dense, President. Her likable numbers are very good except for her sense of humor. She needs a speechwriter. Fred Flarsky, recently “fired” from his job as a reporter due to “creative differences,” agrees to work for his former babysitter on one condition, that she not compromise her liberal positions. Charlotte is all class; Fred is all crass. Of course, opposites attract, to the consternation of all.

Some critics seem surprised that Charlize Theron (Charlotte Field) has comedic chops. To be real, there’s just not much comedy here. Seth Rogen (Fred Flarsky) is his typical outrageous, indignant self. Nothing new for him except he gets to kiss the girl. O’Shea Jackson, Jr., as Fred’s best friend, is the only semi-believable character. Bob Odenkirk as the President,Alexander Skarsgard as the Canadian Prime Minister, and Andy Serkis as the ultra-conservative billionaire are wasted caricatures.

Reportedly, this movie tested well with audiences. Oddly, the projected gross is between $9 and $16 million this weekend. That seems a wide spread indicating that the experts are trying to cover their backsides. “The pleasingly adolescent absurdities soon regress to grindingly infantile and the raunch grows repetitious until the comedy wears out its welcome,” says Joe Morgenstern of The Wall Street Journal. “Bound to embarrass everyone a year or so down the road, once the think pieces have picked it apart,” adds Peter Debruge of Variety. In case you think all is lost, Boyz II Men take a nice turn. Bottom Line-Rated R for Really Racy, Rarely Riotous, and Rather Ridiculous.