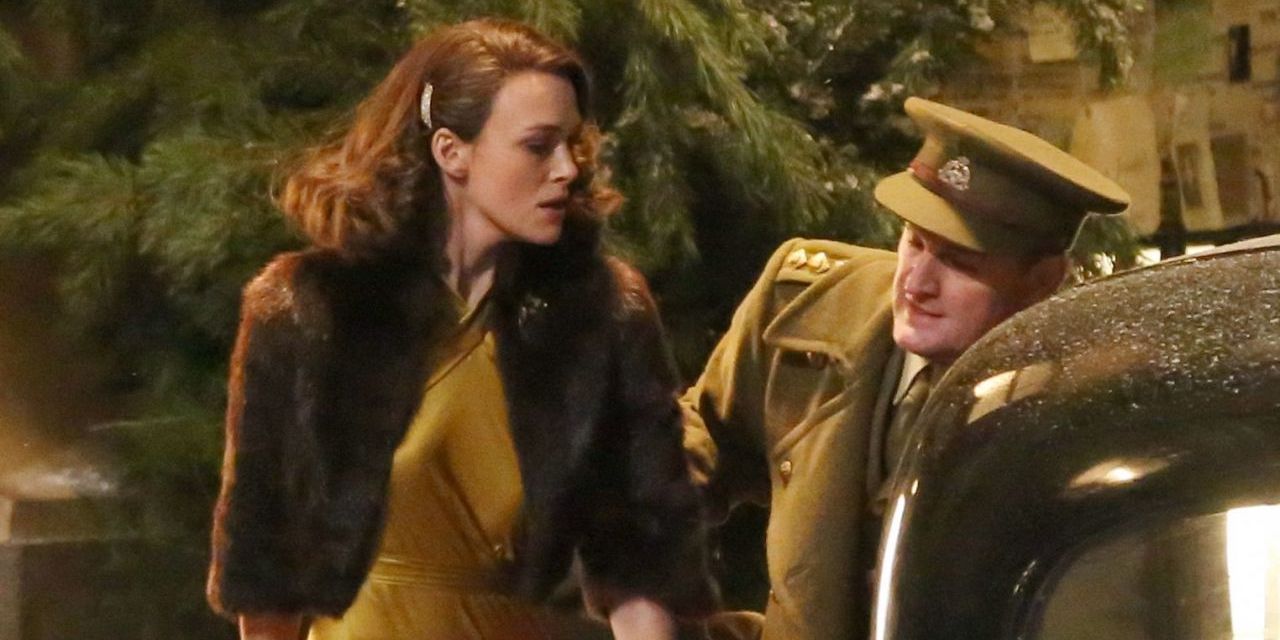 Wondrous in wintertime, devastated by wartime destruction, Hamburg in 1946 is a yet another study in contrasts. The Aftermath reminds us that war may end, but it’s never over, scars remain. Beautifully filmed, the movie adds little to the love-triangle genre. Unlike The Best of Enemies, the bitter hatred turns to all-out love too quick for rational belief. The plot contrivances are visible from a mile away. I give this film 3 Gavels and it receives a 24% Rotten Tomatoes rating. The Audience score is much higher at 73%. Call that the Keira Knightley effect.

England occupies this German zone, survivors with little food and housing. Colonel Lewis Morgan must re-build Hamburg even as his troops despise the Germans. Nazi remnants cause trouble. Into this venue, Rachael Morgan arrives, still grieving from the loss of their son caused by a German bomb. The house of architect, Stefan Lubert, is requisitioned for use by the Morgans. The Colonel offers to allow Lubert and his daughter to remain in the attic over the objection of Rachael. An English bomb killed Lubert’s wife. The friction begins.

Keira Knightley plays Rachael, mad, guilt-ridden, lonely, and vulnerable. Jason Clarke, as her husband, must choose between his duty and his family. Blame is high on his list of motives. Lubert (Alexander Skarsgard) is caught in the middle between the Nazis he once served and his English conquerors. His grief causes him to ignore his daughter.

We know about the difficulties of the occupation in Iraq. We lived through them. Not much do we know about post-WWII occupation problems. The Aftermath hints at such. That would make a better movie. This will soon make a nice Netflix evening if you are in the mood for a 1940’s melodrama. With some nudity and violence, you might want to make sure the kids are tucked in bed. Pop some popcorn, grab some wine and settle in. Just don’t expect too much.