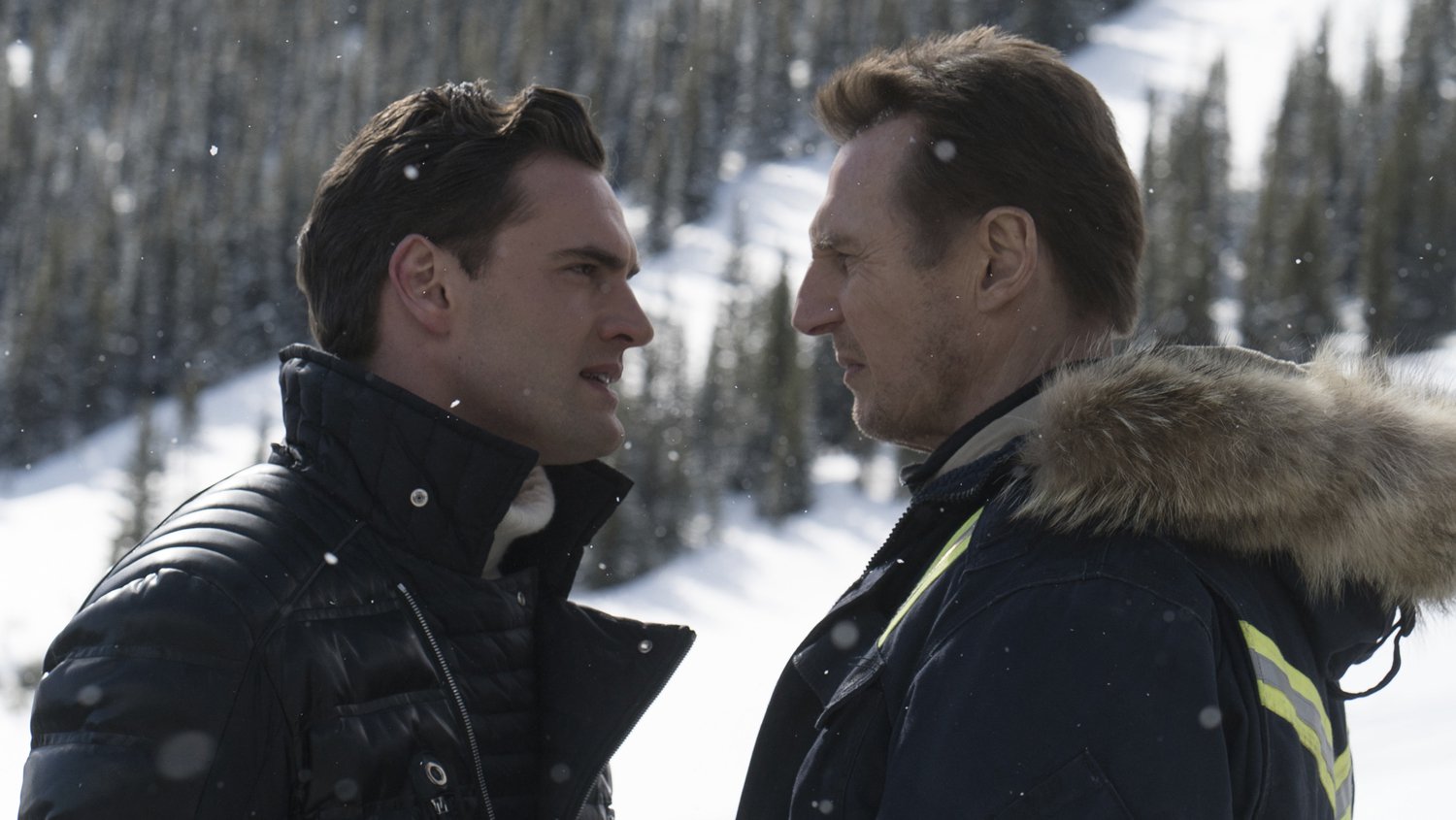 Let’s get two things out of the way. Liam Neeson is an idiot for speaking about rage and race during a publicity tour. Cold Pursuit is no Taken. Those critics who comprise the 73% Rotten Tomatoes rating seem to believe this movie is dark humor, a spoof. I fall into the 63% Audience score that finds this flick much too gory, too vicious to have a laugh. After each of the 30 killings, the screen goes black with the deceased’s name and nickname. Which of these was I supposed to give a giggle? If you were thinking a Taken-like movie would be a good Valentine’s Day idea, you might want to reconsider. I give this movie 3 Gavels.

Nels Coxman barely gets time to receive his “citizen of the year” award for plowing the roads around the fictional ski-town Kehoe, Colorado when his son is murdered. Seeking revenge, Coxman kills three gang members. The gang leader, known as Viking, believes a rival Indian drug gang is trying to encroach on his territory. He orders White Bull’s son killed, starting a drug war. Revenge is always personal!

Liam Neeson (Coxman) is his usual Taken-personality, nothing special here. If you like Laura Dern (Coxman’s wife), forget it. She barely graces the screen. Emmy Rossum (Phantom of the Opera) makes a nice appearance as a Kehoe officer who is always two steps behind the killings. The two best characters, by far, are Tom Bateman as Viking and Tom Jackson as White Bull. Viking is the explosive, evil, torture and kill bad guy, while White Bull thinks, smolders, and exacts his due.

Shot in the mountains of Canada, Cold Pursuit may be one of the more beautiful movies you will see. The contrasts of the gorgeous scenery yet harsh climate is striking. The director carries this over to the characters. For example, Viking cares about the diet of his son and the environment of his country as he is polluting its citizens with drugs. His rage is countered by the intelligence and calm of his 11 year old son who listens to classical music. Over and over, you will see characters of contradiction. Bottom line–The humanity of Bryan Mills in Taken is removed from Liam Neeson. Exacting revenge by snowplow is certainly cold!