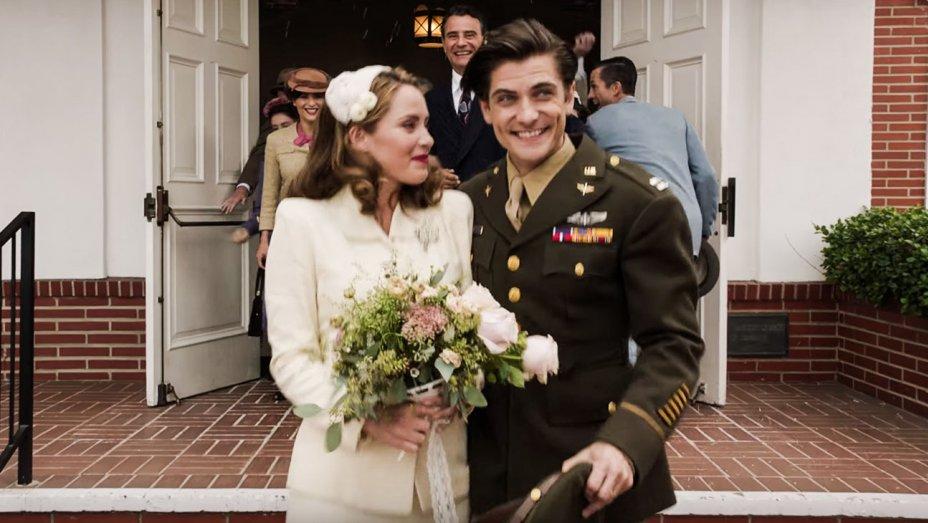 After Angelina Jolie’s 2014 Unbroken, as Paul Harvey says, “. . . and now the rest of the story.”  When we last left Louis Zamperini, he arrives home after his liberation from a Japanese POW camp.   Although we know of his physical and mental descent into hell at the hands of “The Bird,” we know little thereafter.  It turns out that although his body understands the war is over, his mind doesn’t.  This is PTSD before it has a name.  For those of faith, and especially for those who have lost all hope of faith, this is a movie you should see.  The above Rotten Tomatoes score uses only 14 reviews.  I guess the big name critics are too busy.  I give this movie 3.5 Gavels and it receives a 22% Rotten Tomatoes rating.

In 1950, Zamperini returns to Tokyo to face his captors.  Then, the movie explains how he gets to this point.  The military brass wants him to sell war bonds but recognizes his mental health issues.  He meets Cynthia Applewhite and they are soon a couple.  Unable to get a job, his drinking and nightmares worsen.  Zamperini rejects all forms of help, including religion.  What will bring him out of the depths of his depression?

Samuel Hunt is Zamperini and has the gaunt look of a runner, ex-POW, necessary for the role.  And, when he flashes that smile, he could sell ice to an Eskimo.  Merritt Patterson plays Cynthia, the foundation of the marriage.  She struggles to find the help Louie needs.  David Sakurai inhabits the role of Mutsuhiro Watananbe, The Bird.  He is fittingly chilling and worthy of night sweats.

While this movie certainly doesn’t have the production values of a major motion picture, its story is nevertheless compelling.  Zamperini meeting his captors will bring a lump to your throat.  One critic complains that the movie “is little more than a living billboard for Billy Graham.”  Given that Zamperini’s alternatives were electro-shock treatments or opioids, it seems that he makes a better choice.   Why is it so shocking that Billy Graham makes an impact on Zamperini, just like he did on millions of people around the world?   If this was an anti-war movie solely about the PTSD that soldiers suffer, with no reference to religion, it would receive rave reviews.  Sadly, it doesn’t fit the Hollywood narrative.  PTSD is not easy to watch so this is no walk in the park.  Still, shame on the critics for ignoring it.