I am certain that Jaws scarred me for life.  In June 1975, we were still newlyweds.  So, it’s date night at the cinema.  Jaws is the hottest movie ticket in Columbus.  The movie begins.   The tension builds; the music pounds.  And, I decide to put my arm around my beautiful bride, to protect her, of course.  Just at that instant, Steven Spielberg decides to send the darn shark’s mouth though a hole in a boat.  I jumped and Mrs. TMJ got an elbow to the mouth.  I hate sharks.  But, she was a good sport.  I think she jumped, too and that lessened the blow.  Otherwise, there might have been a loose tooth or two.  Did I say I hate sharks?

The Meg is not as good as Jaws, but it may keep you out of the water for a while.  Jason Statham is not as good as Dwayne Johnson, but he is close second.  He has the  body, the grimaces, the stunts, and the humor.   On a budget of $150 million, there is a lot riding on his charisma.  My Thursday night showing was well attended even though the movie is projected to earn only $20 million in the US this weekend.  It needs word of mouth.   For all of you shark week fans, I think you will like it.  I give it 3.5 Gavels and it has a 50% Rotten Tomatoes rating.

Jonas Taylor is haunted by a rescue mission that required him to sacrifice two of his crew to save eleven others.  Five years later, billionaire Jack Morris is financing a dive into previously unknown depths of the ocean.  The craft is driven by Taylor’s ex-wife.  A giant meg attacks the submersible leaving it disabled.  Only “crazy” Jonas has ever met one of these and survived.  But, will he be willing to risk his life, and others, again? You know that Jason Statham is Jonas Taylor.  But, did you know that Statham was a diver on the British national team in 1990?  He does look comfortable in the water.  Li Bingbing is Suyin Zhang, not only the love interest, but also a shark expert who takes no guff.  Shuya Sophia Cai is her daughter, Meiying, a delightful comedic presence throughout the film.  Rainn Wilson is Jack Morris, the billionaire without a conscience.  Because of the constant threat of a giant shark attack, all of the cast members have funny lines, from time to time.  The audience appreciates the release. 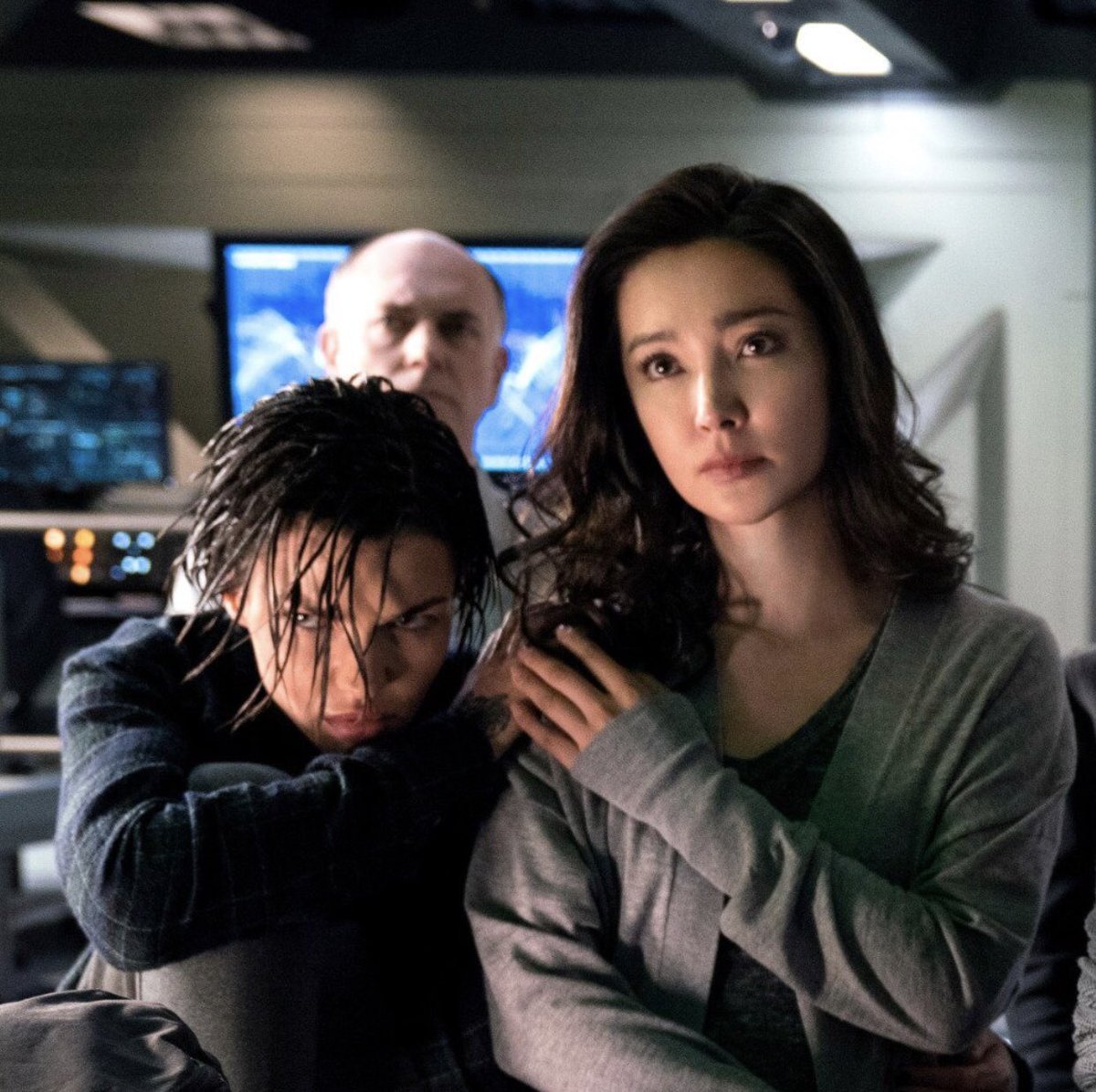 Cute Kid:  You know everyone calls you “crazy.”

Taylor:  That’s because I have seen things no one else has.

Cute kid:  You know that’s the very definition of crazy.

Since I don’t watch shark week, and Jaws was a long time ago, this flick recollects some fond comparisons.  The movie does lose some steam after it leaves the deep trench at the bottom of the ocean.  They could easily trim 20 minutes or so.  On the other hand, some of the more humorous moments occur in the latter part.  By no stretch is this a great summer blockbuster.  Yet, it is still satisfying to know that humans can survive the dinosaurs of Jurassic World and giant prehistoric sharks, all in the same summer.  Lucky for me, I am going nowhere near the ocean for months.  I got my money’s worth even though I hate sharks.