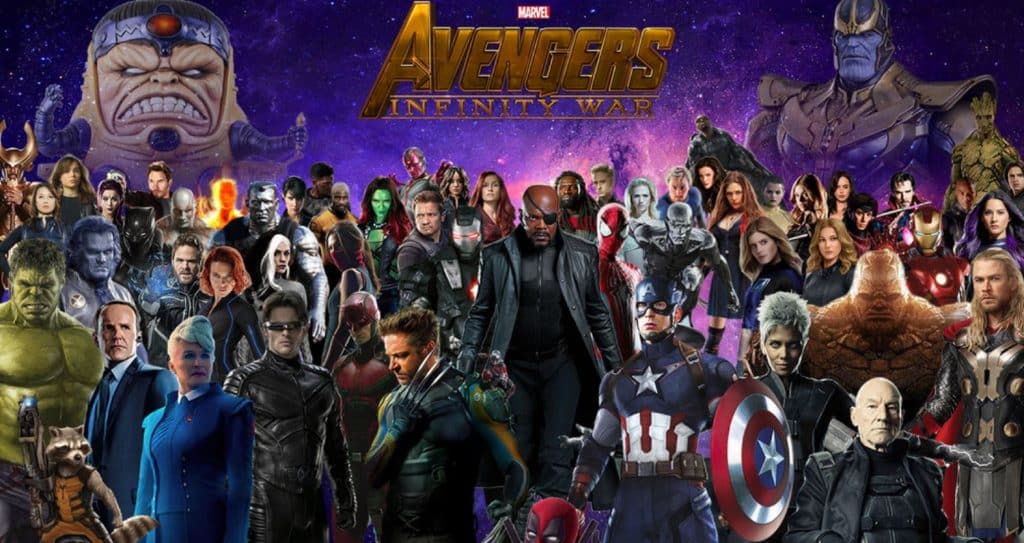 Rarely have I been so disappointed at an “ending” to a movie.  In this case, Marvel Comics should have billed this Infinity War 1.  The last part is so implausible that I downgraded the movie by a full gavel.  As you might guess, there is a post-credit scene that may satisfy some.  As for me, I refuse to sit and wait on them.  If you can’t finish a movie in 150 minutes, I’ll read about the spoiler on the internet.  Having now ranted about the terrible way the director treated us moviegoers, the rest of the movie was well done.  The large number of superheroes that are in the film would normally lead to an over-bloated mess.  The writers did a nice job of providing lots of locations for the actors to have screen time.  And Josh Brolin was terrific!

Thor and his brother are attacked by Thanos and his thugs for one of the Infinity Stones.   Thanos wants all of the Stones so that he can eliminate half of the population of all planets to save them from death and starvation.   While The Avengers accuse Thanos of being a mass murderer, he believes he is being merciful.  Iron Man and Capatain America must put aside their differences and work together to defeat Thanos.  Thor meets Groot and Company and attack Thanos in their own unusual way.  And, we find out more about Gamora and her past “involvement ” with Thanos.

It is impossible to mention all the superheroes, But, in addition to the usual suspects (Robert Downey, Jr., Chris Hemsworth and Chris Pratt), Benedict Cumberbatch as Dr. Strange had a much bigger role than expected as did Mark Ruffalo (The Hulk) and Tom Holland (Spiderman).  There was much cheering when Chadwick Boseman (Black Panther) came on the screen.  I expected his part to be much larger given his billion dollar movie, but I assume this script was written before the phenomena.  Peter Dinklage’s part was amusing since The Dwarf King is anything but.  Besides Zoe Saldana as Gamora, Elizabeth Olson as The Scarlet Witch gets the biggest nod.

Except for aforementioned problem, this movie satisfies with action and wit.  This movie will make boatloads of money; so much is going on that people will see it multiple times.  It has a PG-13 rating so you might want to preview it before taking your 10 year old.  Will you get your money’s worth?  Absolutely, but be prepared to go see a sequel.  In 2014, the original title was Avengers: Infinity War – Part 1.  If only they had kept that title, perhaps I could have better accepted the limbo.  We now have to wait until May 3 , 2019.  Bah, humbug!