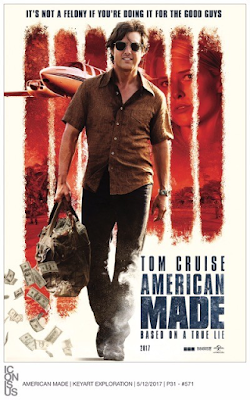 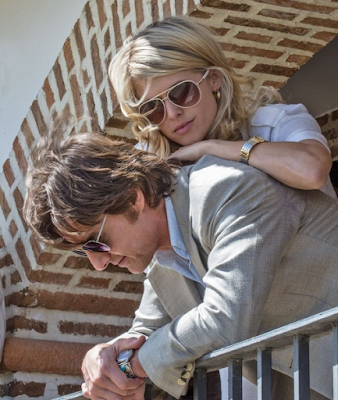 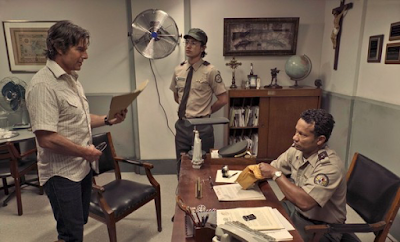 Pablo Escobar, Manuel Noriega, Oliver North–all were best buddies with Barry Seal.  I could not find a History vs Hollyword on this story,  but if you are interested go to www.independent.co.uk and look for Barry Seal: The Real Life Story behind Tom Cruise’s character in American Made.  If half of what is in this movie is true, the writers didn’t need to work too hard.  As Barry Seal says, “It gets crazy from here!”  Gun running, drug smuggling, and money laundering, all in the name of helping the CIA, and later, the Contras.

Barry is the youngest ever to become a pilot for TWA.  The CIA offers him an opportunity to start a business and help his country by filming military sites in Central America.  On one of his flights, he is “intercepted” by the future leaders of the Medellin cartel and persuaded to transport their commodity to the US.  The scene where they bet on whether Barry can get his overloaded plane off the runway is one of the best of the year.  Barry transports money to Noriega in exchange for info about the Communists in Panama.  The CIA even gives Barry the maps so he can avoid DEA and Customs radar.  Eventually, Barry is making so much money that he has problems stashing it.  And then, along comes his brother-in-law . . .

Cruise is very good in this movie, a character sucked in by events and then decides he can make a buck or two.  Sarah Wright is his naive wife and Domhnall Gleeson is his shady CIA handler.  Jayma Mays plays an Arkansas lawyer in the Attorney General’s office who tries to take down Seal, but she is called off by Governor Bill Clinton.  You will also see footage of Ronald and Nancy Reagan and the elder George Bush.

This is a highly entertaining movie.  While Congress was consumed by the Iran-Contra affair in the late ’80’s, most Americans likely went on about their lives.  This movie gives you a chance to see the early stages but without the boring stuff.  If you have seen the previews, you can’t imagine there can be much more to the film.  Rest assured, it is just the beginning. and well worth the time and money.  If you are not a theater-goer, get out your pencils and add to your list.