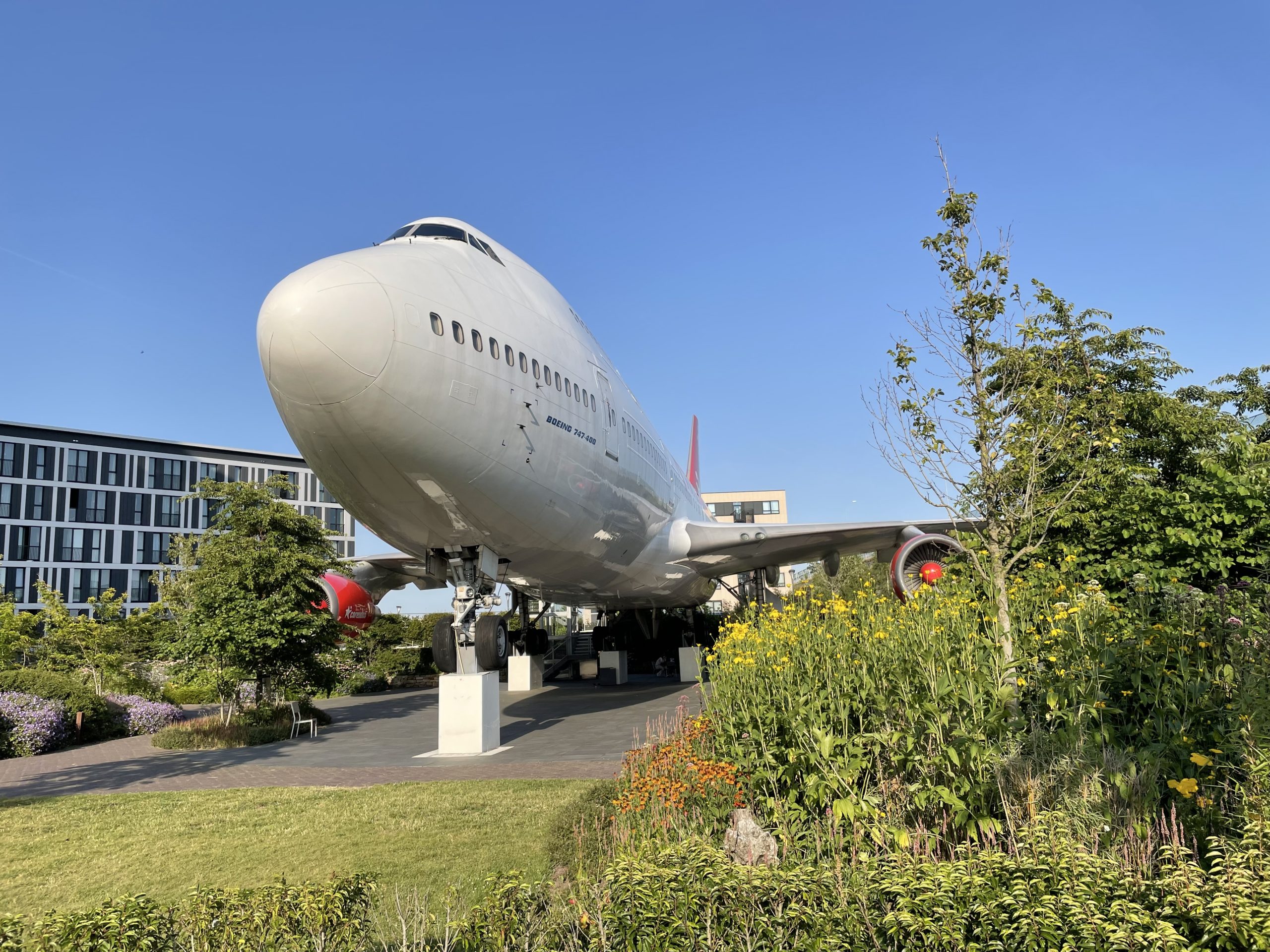 Planes, Trains, and Automobiles was a 1987 film. For us, just planes, hotels, and automobiles today. If you are building a gated community with a high end hotel, why not park a Boeing 747 alongside?

It’s not just a view from afar, you can get up close and personal.

Swimmers can check out the plane from the pool.

If you haven’t guessed by now, we are stuck overnight in Amsterdam. Originally, we were to grab the afternoon flight to Atlanta and on to Cincinnati. KLM canceled their flight so the best connection is an early morning jaunt.

The flight from Poznan to Amsterdam was uneventful, leaving five minutes early and arriving a nearly unbelievable 25 minutes early. Still, they tried to feed me this vegetarian sandwich. Sometimes I wonder who these folks are who torture us with airline food. Did they fail at culinary school so this is a backup job?

The flight attendants are so polite. They ask if you would like something to drink. Then, they supply you with a jigger of Coke. I want a can of Coke, not an oversized thimble full.

Tomorrow we get to be abused by Delta. Looking forward to getting home and catching up on Hollywood’s finest.