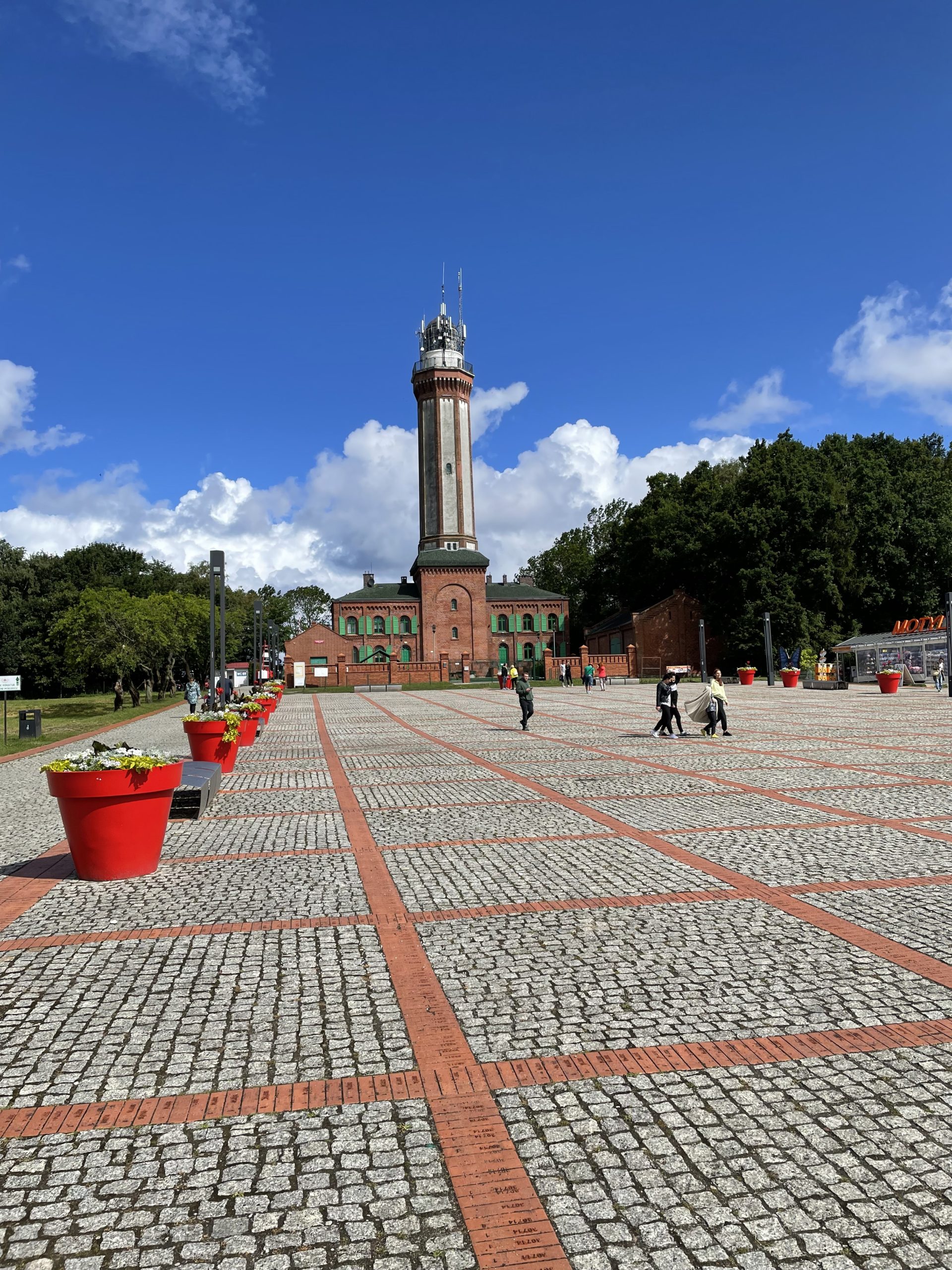 Advised that today was Mrs. TMJ day, little did we know that it would be full of surprises. The first stop was the lighthouse at Niechorze. With temperatures in the low ’60’s and winds gusting over 30 mph, it was cold for mid-July. The day would warm up quickly in a dome of butterflies.

As you can see, they took to Lois right away. It turns out they like citrus fruit even better. Next, it was suggested we go to a park full of lighthouses. I pictures something like a putt-putt course. Boy, was I wrong!

Each of the thirty-some lighthouses were reproduced exactly as the original. The one above took eight artists seven months to complete.

Moving farther up the coast, it seems as if we are leaving civilization. Suddenly, thousands of rentals appear in an area that brings Myrtle Beach to mind. All sorts of family activities are available here for vacationers. Don’t miss the smoked fish at Miedzyzdroja.

The day ends with a ferry ride to Swinoujscie. Only a couple of hours from Berlin, Germans come here like Chicagoans hit the east coast of Lake Michigan.

The dunes aren’t as big, but the view is just as satisfying. Demand for hotel rooms is so high here that we were unable to secure any at the major hotels four months in advance.

Tomorrow we head south to Szczecin, location of the HBO series The Thaw. Hopefully, we won’t run into any dead bodies.