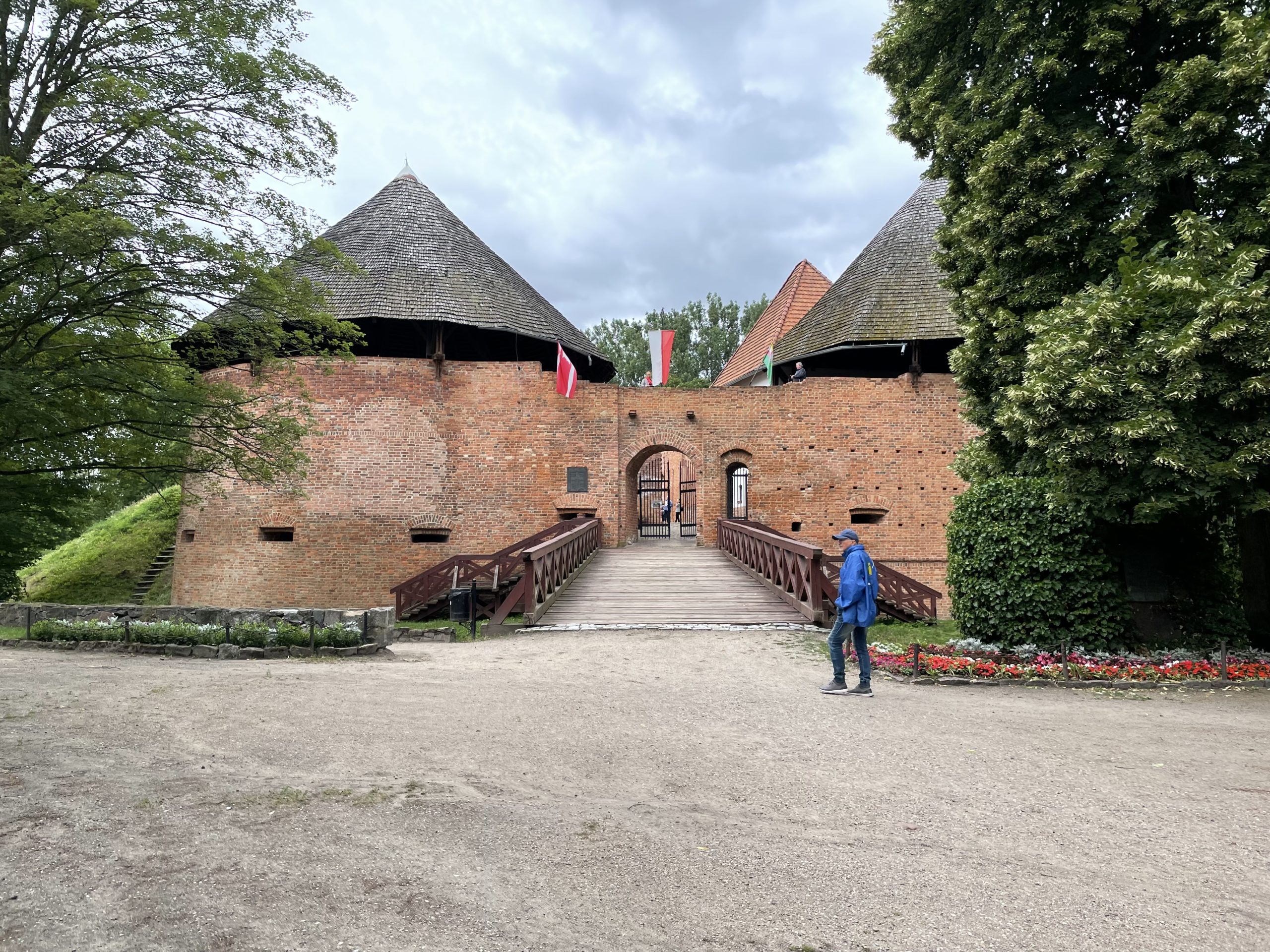 The most difficult portion of the trip now arrives. Now, I have to spell Międzyrzecz. Although my daughter-in-law’s parents live in Bobowicko, it is subdivision outside Międzyrzecz. The latter is a city of some 18,000 around in one form or the other for 1200 years.

Being more oriented to Western Europe, we learned of the Maginot Line in high school. After WWI, the French were determined to repel any future German attack. The Germans felt the same way about the Russians, thus the fortifications built on their western front, not far from Miedzyrzecz. Above is a drawing and below is the result.

Known locally as ”the bunkers,” the first visible scar is the concrete teeth designed to stop tanks. Look closely at the turrets and you will see them peppered with shells. The turrets survived a direct hit, those inside didn’t. The bunkers connect by an underground rail 30 meters down. It is an architectural feat.

The opening picture is the castle of Miedzyrzez. Also in various versions since 1500, it survives mostly intact. Note the wooden carvings that protect the structure.

Like all European cities, impressive flowers adorn the town. City Hall has stood on this location since the 1500’s and the above building dates from the 1800’s. All stands as a reminder how brief a time we are as a country.

Tomorrow we head to Poznan, a city with its own unique history with 130,000 college students.