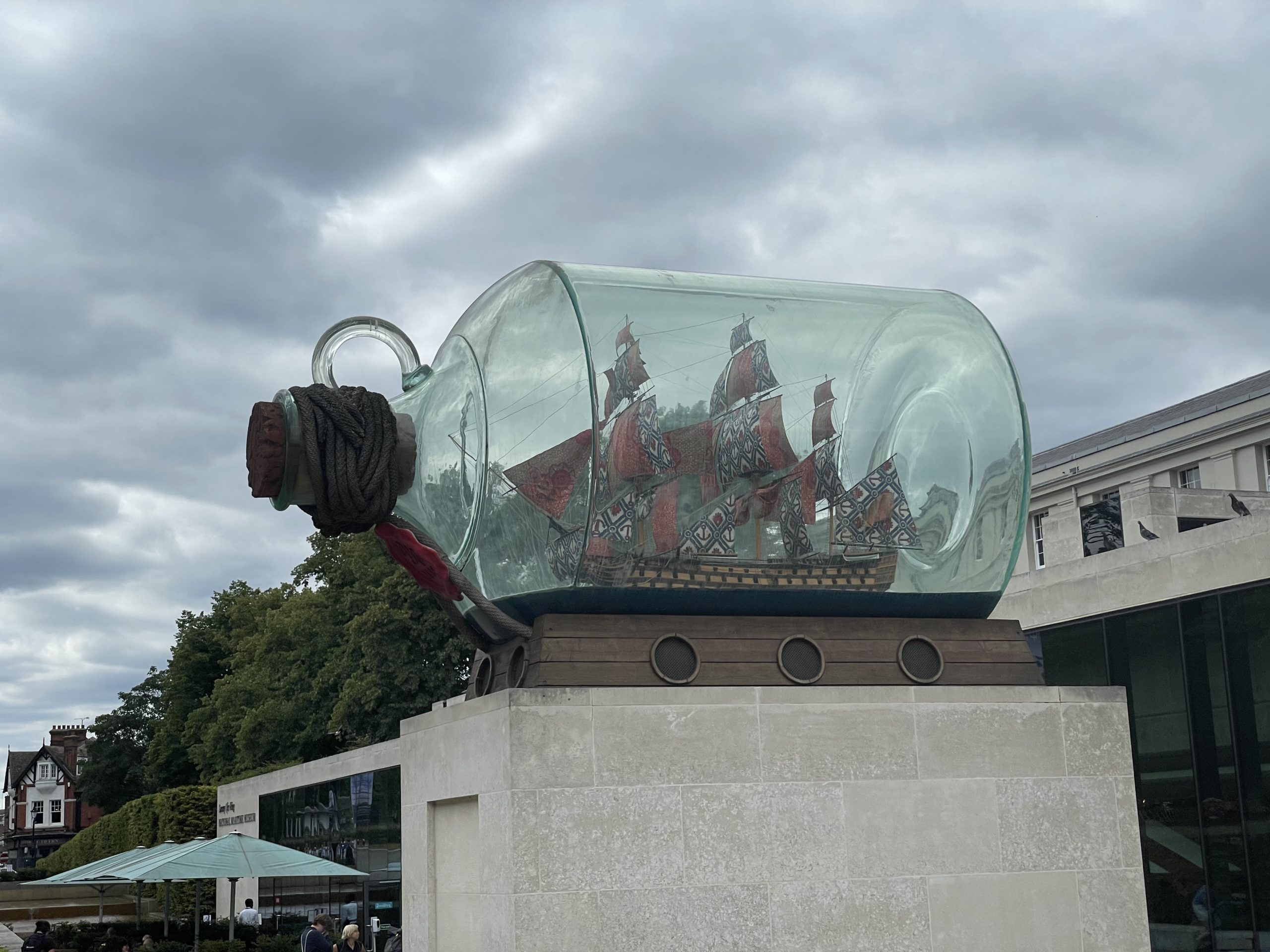 One might assume that the picture above appears here because the building is named Oliver’s Wharf. Actually, the story is that Cher lived in the penthouse suite for years. Dutifully, the cruise lines all acknowledged her domicile. She complained bitterly to the lines and the bosses asked the Captains to refrain. Of course, the gossip was too juicy and promptly ignored. She moved but now the guides announce her new location anyway.

Another story told is that of General Cornwallis. After the debacle in the Americas, he had great successes in Ireland and India. Several monuments praise his exploits. Notably, in typical British stiff upper-lip fashion, none mention his defeat in the Colonies.

To arrive where time begins, we took the City Cruise, well worthwhile. As we pass the Shard, we learn the architect was offered 2 million pounds for his services. He asked, and was granted, the penthouse suite instead. No dummy, he sold it for 48 million pounds.

Passing the Isle of Dogs, landing at the University of Greenwich, we climb to The Royal Observatory for one spectacular view, central London to the left, Isle of Dogs in the center, and the O2 to the right. It seems sailors had no trouble using the stars for latitude but longitude was more difficult. Thus, the establishment of the Observatory.

Soon after, time became important and sailers set their chronometers by watching the red ball. It falls exactly at 1:00 PM. When the world agreed to a meridian system, Greenwich was the natural location for the Prime Meridian.

No trip to London is complete without fish and chips, this time at The Nag’s Head. Follow that up with a four-time Olivier award winning musical & Juliet. Put this one on your to-do list. For me, it’s the funniest and most inventive musical since The Book of Mormon. What’s it about? William Shakespeare and Anne Hathaway argue over the ending of Romeo and Juliet. What if Juliet survived? Trust me, it’s a 5 Gavel treat.

Speaking of 5 Gavel treats, tomorrow we travel to a place near and dear to the hearts of all Americans. Believe me, you wont want to miss this one.