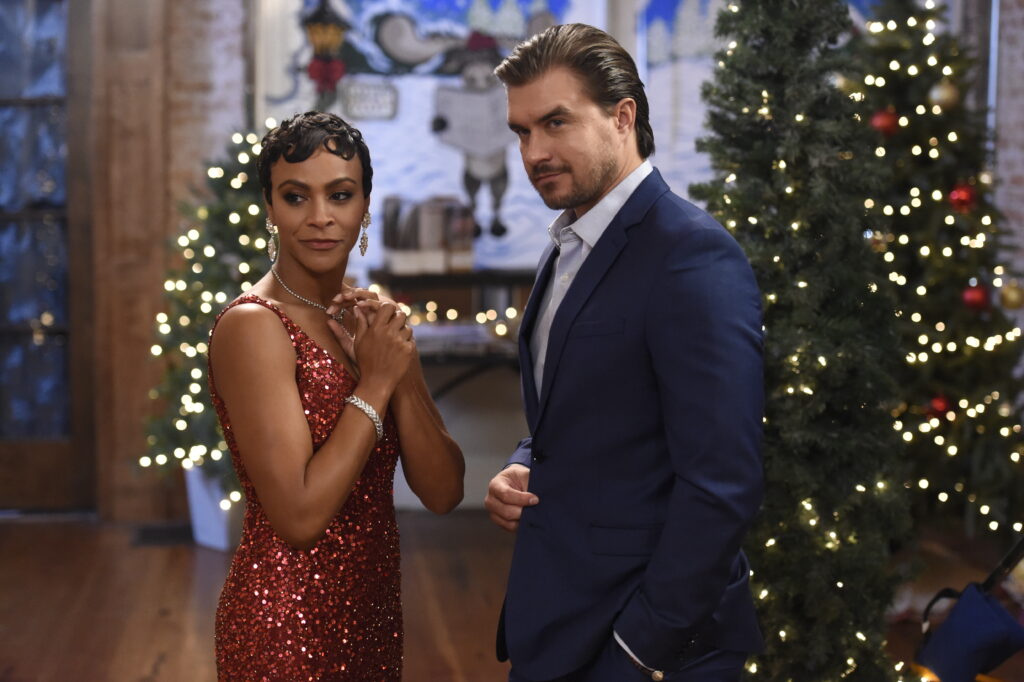 Loyal readers should be asking “why am I getting The Christmas Edition instead of West Side Story, Being the Ricardos, and Spider-Man: No Way Home?” The short answer is a broken leg. Not mine, but on December 8th, Mrs. TMJ jumped out of her sleigh a little too quickly and fractured her fibula. So, it might be awhile until we get back into the theater to see first-run films. In the meantime, you get stuck with The Christmas Edition and an apology. An apology, you say? I’ve been knocking on Hallmark and Lifetime Christmas films for nearly five years now. But, until I watched The Christmas Edition, I’d forgotten how bad they can be. So, to all those Christmas films I’ve compared to Hallmark and Lifetime, my sincerest and deepest apologies.

On Santa’s naughty list, similar to the Golden Raspberries, The Christmas Edition lands the casting director first and foremost, followed immediately by the writers, director, and actors. It’s a clean sweep! There are a few nice shots of the Alaskan landscape and The Northern Lights, far too few. And, the ice sculpture and glass-blowing is a nice touch. But why hire a Broadway actress and singer, who wonderfully and surprisingly bursts out in Hark! The Herald Angels Sing, only to cut her off after 15 seconds? “Alaska is a pretty magical place,” so they say. Somehow these folks managed to suck all the magic out of it. I give The Christmas Edition 1.0 Gavel and it receives a 6.1/10 IMDb score.

Jackie Evans’ goal in life is to be the editor-in-chief of the San Diego Sunshine Chronicle. When the paper is purchased by Melanie Dower to be part of her digital news empire, she offers to keep Jackie at a lesser staff position. Simultaneously, the owner of the Lantern Grove Press passes and his heir will give away the paper for free if you keep it running. So, it’s off to Juneau for Jackie to get experience as editor-in-chief. The paper is now a monthly with $0 in the budget, and few subscriptions. But, it’s also the Christmas season and the heir is good-looking. Maybe she’ll stick around for awhile.

Of all the poor acting, Marie Osmond (Melanie Dower) tops the list. Marie might pull off lots of characters, but not a mean, demanding, mega-CEO interested in a small, nearly defunct paper in Nowhere, Alaska. The writers clearly jumped the caribou with that plotline. Carly Hughes (Jackie Evans) acts like she’s still on Broadway with large, stiff movements, not needed to convey expressions when the camera is close by. Rob Mayes, as Finn, has little to do but pine away for the new girl in town. As the owner of Lantern Grove Express, he has a big decision to make.

The Christmas Edition falls into “the fish out of water” genre. For the viewer, a decent burial might be preferred. Still, there must be a huge market for these type films as the producers keep rolling them out year after year after year. If this is your cup of hot cocoa, you might mist over as Jackie gives her farewell speech. “I needed a job, but what I got was a family . . . and an adventure.”

“The writing came off as being someone’s film school project, except maybe worse?” QC Approved

“This is pure holiday gingerbread infused escapism. Its not Shakespeare but Hughes is great, and the world created here is nicely holiday oriented.” What She Said

So, of the few people who actually saw the film, not everyone hated it. Who knows? Maybe you will like the trip to the Sweet Moose Diner.