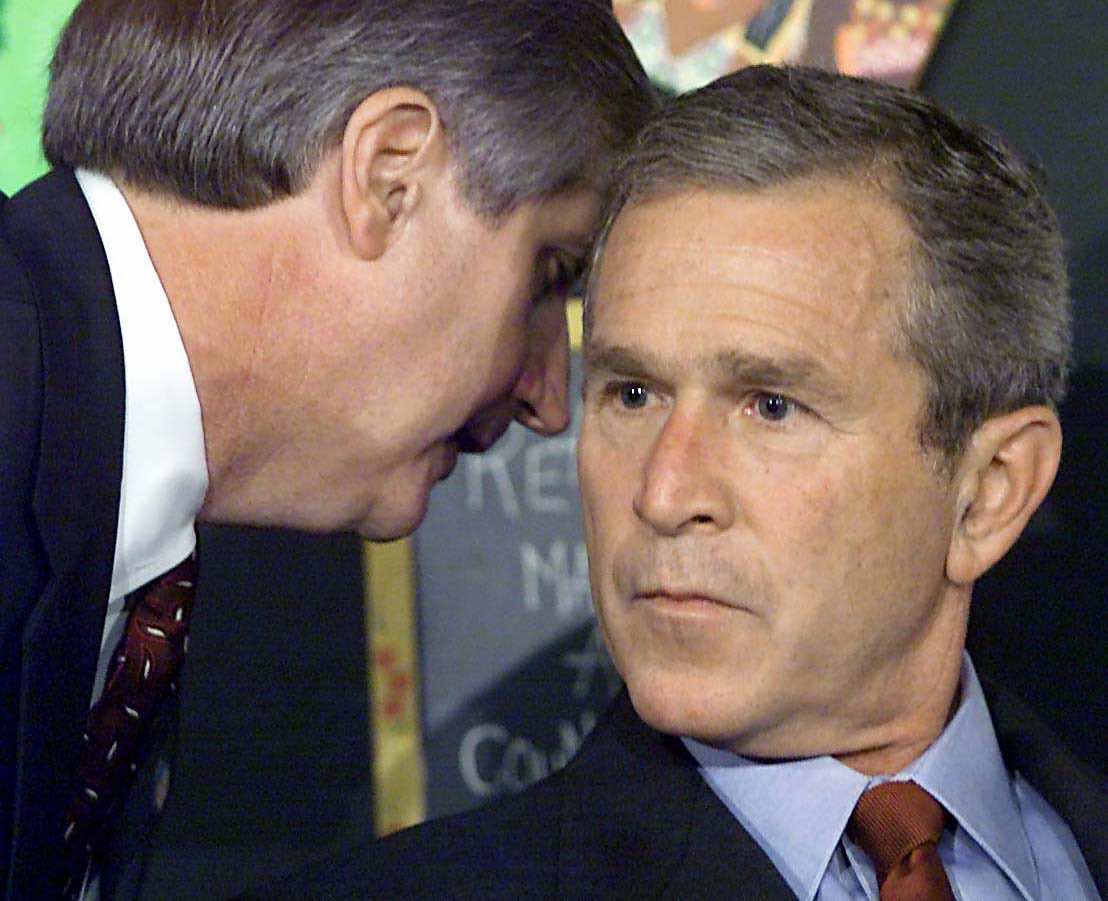 In 9/11: Inside The President’s War Room, AppleTV+ and the BBC reminds us that, just twenty years ago, how unprepared and vulnerable we were for attack. Communications in the White House bunker had not been updated in 20 years. Staffers were removed due to low oxygen supply. TVs could get audio or video, but not both. Air Force One only got video as it flew over major metropolitan areas. Those responsible for the safety of the President refused, over strenuous objections of President Bush, to allow him to return to Washington. A message indicated that “Angel,” codeword for Air Force One, was next. Did the terrorists have a Stinger missile?

From a jog with the President at 6:40 A.M. to his speech to the nation 12 hours later, 9/11: Inside The President’s War Room gives you a minute-by-minute video of the President and Vice-President as they try to determine the extent of the attack and the response. Not only are their thoughts provided, you hear from members of the National Security Team, Secret Service, members of the press, and the pilot of Air Force One, Mark Tillman. It was Ted Olson’s (U.S. Solicitor General) birthday on September 11, 2001. Shortly after the first crash into the New York World Trade Center, his wife called from American Airlines Flight 77 to tell him her plane was hijacked. That plane later killed Barbara Olson and so many others as it crashed into the Pentagon.

Most note the sense of security and well-being when traveling with the President. Few felt that on 9/11. In a powerful documentary, 9/11: Inside The President’s War Room, the viewer sees and hears how decisions get made during a crisis. I give the 90 minute film 4.0 Gavels and it receives a very good 7.6/10 IMDb score.

The first crash, thought to be an accident, is no reason for President Bush to cancel his day with the students at Emma E. Booker School in Sarasota, Florida. Reading to the children, he’s one of the last to know about the second crash. Since his schedule is well publicized, the Secret Service demands he get into the air as quickly as possible. Could his limo be rammed by an explosive-laden vehicle? Air Traffic Control orders all planes grounded, some 4,000 in the air, to get a sense of how many may be hijacked. As United Airline 93 turns toward Washington D.C., does the military engage? “Take the track” is a term everyone understood.

“The first was an accident, the second an attack, the third a declaration of war.” President George W. Bush

“This badge is so you always remember.” Arlene Howard, mother of NYC first responder who lost his life.

Nine hours and three thousand miles after leaving Sarasota, Bush lands in Washington, D.C. Hours earlier, the CIA confirmed an Al-Qaeda terrorist attack. How? Names on the airline manifests were on their terrorist watch list. The Bush Doctrine is born, not without discussion. “If you harbor a terrorist, we will treat you as a terrorist.” As the military ramps up, fears of a Russian misunderstanding arise. Putin calls off planned Russian exercises.

“The chaos was such that there was no single ‘room’. President George W Bush and his advisers, afraid for their own safety and constantly searching for information, were on the move all day and had to conduct their business in airbase bunkers, the back room of a school and aboard the president’s jet, Air Force One.” The Guardian

“This impressive documentary, co-produced by the BBC and Apple, succeeded in conveying the sheer terror and panic of 11 September – and the shockwaves that reverberate to the present day.” iNews.co.uk

Experience the range of emotions from Barbara Bush explaining to her son why she’s in Milwaukee (“you grounded our plane”) to “the stench of death” at the World Trade Center on September 14, 2001. This one’s done well.