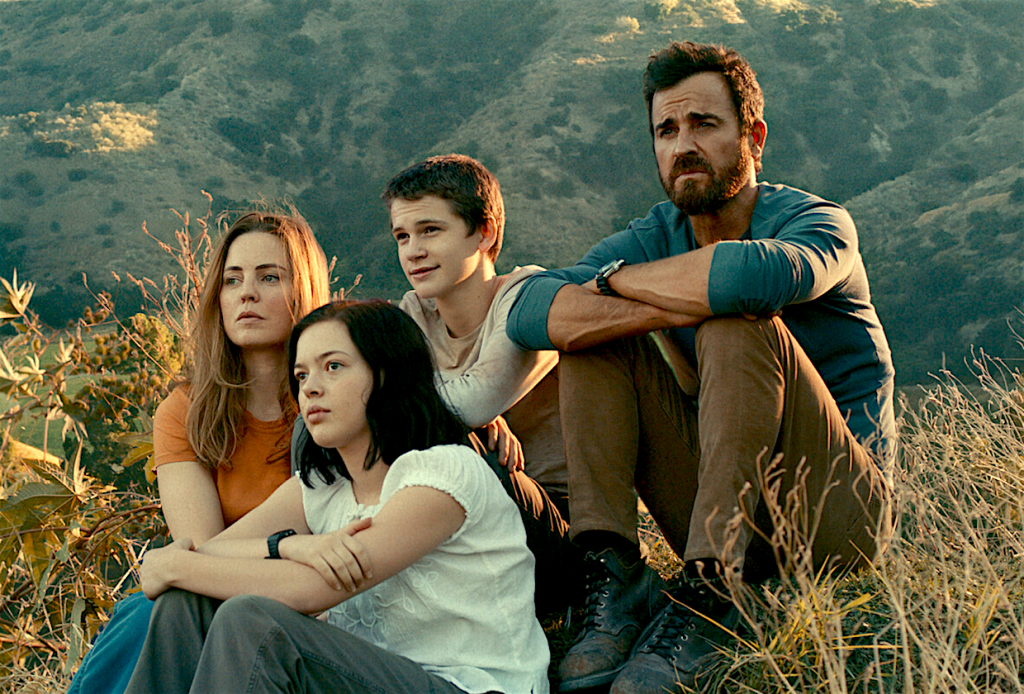 In 1986, Harrison Ford and Helen Mirren can only eke out $14 million on a $25 million budget in The Mosquito Coast. So who thinks it’s a good idea to re-make a rather depressing story? I understand the allure for Justin Theroux to do right by his uncle’s award-winning book, but sometimes you just have to let it go. AppleTV+ just dropped the first two episodes of the updated The Mosquito Coast. It reminds you of the insect, occasionally biting, but always annoying. From the very beginning, we know the Fox family is on the run. Margot is tired after nine years and six identities. After two hours of tease, and many of the same questions by their kids, we still don’t know why.

Clearly, Allie Fox has a strong distrust of all things government. No Hollywood director makes any show where the government is the good guy. For all his strenuous complaints about government not doing right by the people, is Fox any better with his admitted “imperfect parenting?” As he is trying to “make it right,” Fox and family rob their employer’s safe, deliberately crash into a police cruiser, and get in the middle of a murderous shootout between coyotes and militia at the border. It all feels like child abuse, and both Dina and Charlie recognize their precarious situation. “What did dad do?” They ask that question over and over. Instead of answers, all we get is a trek across the Highway of Death. So far The Mosquito Coast gets 2.5 Gavels and I can’t recommend a visit. It garners a 50% Rotten Tomatoes rating with an early 7.4/10 IMDb score.

Allie Fox works as a handyman for Polski Farm outside Stockton, California. He makes $11.00 per hour. Naturally, Allie and Margot homeschool their children. The kids understand that their parents are highly educated, but fail to understand why their life is so different from other kids? “If dad’s so smart, why are we so poor?” Exasperated, Margot makes a call to her mother, tracked by the NSA. In no time, Fox and family are on the run again. Allie claims it’s “an adventure,” but gunfire doesn’t sound like anyone’s idea of fun.

Like Viggo Mortensen in Captain Fantastic, I’m not impressed by Justin Theroux (The Spy Who Dumped Me) in The Mosquito Coast. Both are fine actors, but their characters are similarly controlling and over-the-top idealistic. One minute Margot Fox pines to go back home, the next she can’t wait to run. Better actresses than Melissa George would have a hard time selling that plot reversal. Since dad worked for Polski Farm, why not have Logan Polish cast as 15 year old Dina Fox? In her first major role, she is the only one to make a favorable impression.

After Dina admits she’s scared, Allie “soothes” her by claiming “if it didn’t feel that way, it wouldn’t be an adventure.” Not dumb, Dina angrily says “we’re not your family, dad. We’re your audience.” After he takes away her phone, Allie screams, “this is Jim Jones B.S.”

Decider writes that “this is a good place to put our favorite line, where Jones, the female agent tells her partner that ‘The problem is you drive like someone who’s trying to suck his own d—.’ That’s some good writing right there.” Really? What does that even mean? I found it exceptionally bad writing.

“The bottom line is Apple has produced a series that not only fails to get under your skin, but mostly just makes you want to swat it away.” CNN.com

“The creative choice to provide little to no backstory severely dulls the show’s impact. The Mosquito Coast remains just a surface-level, sepia-toned thriller about a family on the run, mostly to coax the vanity of its patriarch.” The AV Club

If you liked Captain Fantastic, then this may satisfy your anti-commercialism cravings. Otherwise, you may be tempted to get out the bug spray.