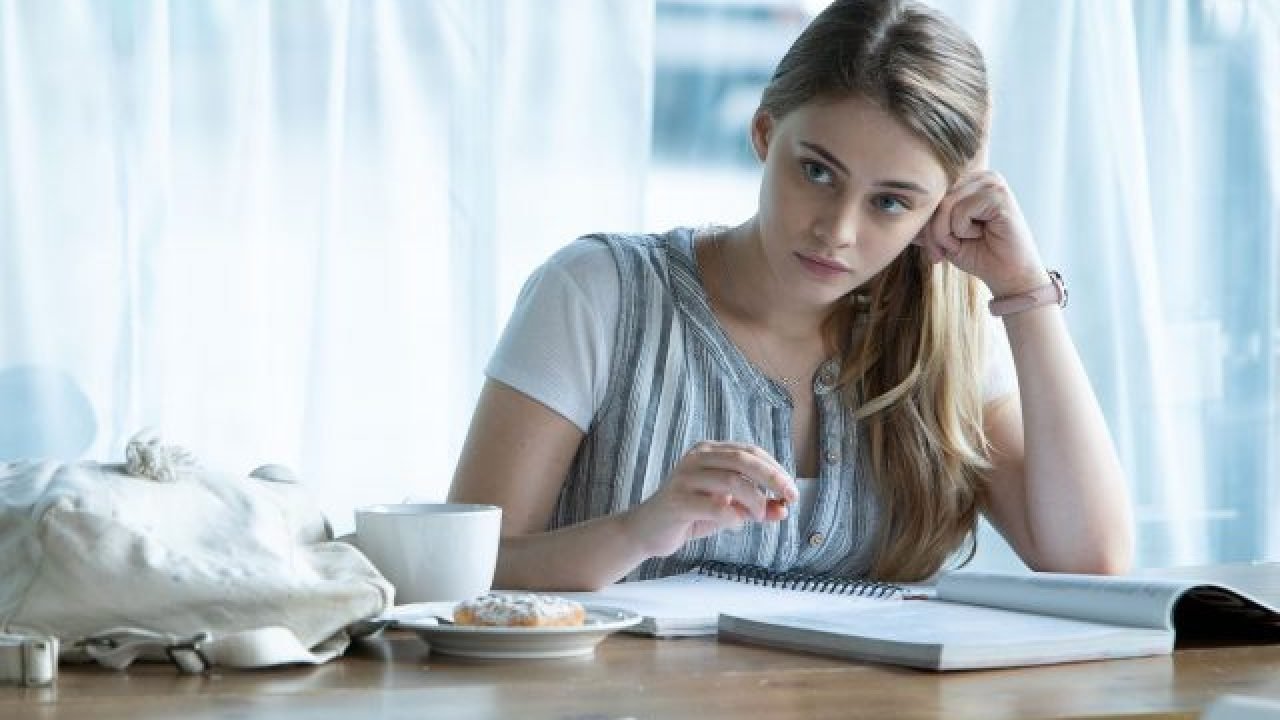 When was the last time you used, or even heard, the word Moxie? Maybe it was about the time Ed Asner screamed at Mary Tyler Moore, “you got spunk. I hate spunk!” (1970). Therein lies the big problem. Moxie feels so dated. To accept the premise of the film, you have to agree that a female principal in 2021 does not care about sexual harassment. Would a first date be to a funeral parlor, snuggling in a coffin? Or, how about a mother telling her daughter’s boyfriend as they leave on a date, “don’t pee your pants like you did on the first grade field trip?” Scenes are not believable.

Arriving at school for the first day of her Junior year, Vivian and best friend, Claudia, learn that “the list” already appears on-line. It apparently is a long one, and includes most bangable, best rack, and best a__. Clearly, bad boy Mitchell, star football player, and his crew are behind it. Everyone says to ignore him but Lucy Hernandez thinks he’s more dangerous than annoying. She reports him to the totally unhelpful principal. Why won’t anybody “do anything?” Overall, the female students are well-cast, the male students mostly idiots, and the adults too absorbed to see what is happening. If it all seems rather one-sided, it is. I give Moxie 3.0 Gavels and it receives a 65% Rotten Tomatoes rating with a 6.5/10 IMDb score.

Learning that her mother was a “rebel girl” interested in “smashing the patriarchy and burning it down,” Vivian decides to take on Mitchell and his minions. But how? She decides to anonymously publish Moxie and give the Dirt Bags a taste of their own medicine. In a tit-for-tat, her list includes Most Awful and Biggest P.O.S. It’s time for the girls to fight back. But, will her best friend follow? The consequences may go far beyond mere suspensions.

Seen in Fosse/Verdon and Little Women, Hadley Robinson makes an effective advocate for feminism as Vivian. She appears to an up-and-comer. Likewise, Lauren Tsai (Claudia) makes the most notable impression of all the young actors. Arnold’s son, Patrick Schwarzenegger, gets the unlucky role of Mitchell. After watching the film, I have no idea whether he can act or not.

Amy Poehler directs and is Vivian’s mother. Marcia Gay Harden is the woeful principal. Both waste their talents. Moxie does ask an interesting question about dress codes. Are they another way to control women?

“The story leaves most of its most potentially interesting ideas on the table.” TIME Magazine

Simplistic and predictable, Moxie just doesn’t have the determination and nerve the title deserves.