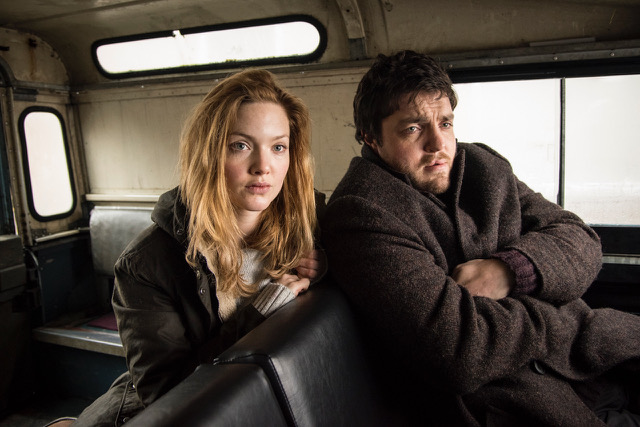 Just two weeks ago, I tried to hook you on C. B. Strike. If at first you don’t succeed, try, try again. This Wednesday night, you get the finale of a four part C. B. Strike 4 — Lethal White on HBO Max. Scroll down and you will find a picture of the Uffington Chalk Horse, a Bronze Age work of art over a 3,000 years old. Notably, Smithsonian Magazine tells us that inhabitants must care for it regularly or, within 20 to 30 years, it would be overgrown and eroded. Why is this important to C. B. Strike 4? Twenty-six year old, distraught, possibly psychotic, Billy breaks into Strike’s office and carves the figure into the wall. He “remembers” witnessing a murder of a young girl some 20 years earlier at that location.

J. K. Rowling is at it again with murders and coverups and impossible love in C. B. Strike 4. And, if The Chalk Horse isn’t enough to pique your interest, how about Lethal White? The all-white foal looks normal, but has a non-functioning colon. Two members of parliament certainly have non-functioning family members, but are they capable of murder? Once again, blackmail is front and center. Cormoran and Robin wade through the upper-crust and the back alleys to find the truth. As Strike says, “if you don’t want the truth, hire someone else.” Rotten Tomatoes rates C. B. Strike 4 at 75% and it receives an 8.05/10 IMDB score. I agree with 4.0 Gavels.

After Billy runs off without a trace, Jasper Chiswell M. P. hires Strike to stop blackmail attempts by Billy’s brother, Jimmy, and husband of another M. P., Geraint Winn. At one time, Jimmy and Billy’s father worked for Chiswell and all lived on his estate. Chiswell’s son and Winn’s daughter were members of the U-19 British fencing team. These folks have a long history as Robin and Cormoran soon uncover.

Tom Burke and Holliday Grainger continue to impress as Cormoran and Robin. Both are unhappy in their relationships, certain that other is the only one who really “gets” them. Robin describes Cormoran as “you’re like one of those old-fashioned payphones except you take biscuits instead of coins.” Robin can’t forget that her husband nearly kept her from the job she loves.

Undercover at Parliament, C. B. Strike 4 provides some interesting views inside prominent Government buildings. Why does Chiswell hire Strike instead of going to the police? It’s better to get countervailing blackmail on the other side than allow some low-level cop to leak embarrassing information to the press.

“Heavens what a love story, with a tangled mystery thrown in. Readers, I was smitten. What a great diversion. Dostoyevsky can eat his porridge.” Globe and Mail Maybe a little over-the-top, but too good to pass up.

For those claiming the love story overtakes the mystery, I say “bosh.” Both are quite good. Lots of loose ends to yet to tie up and I want to know whodunit.