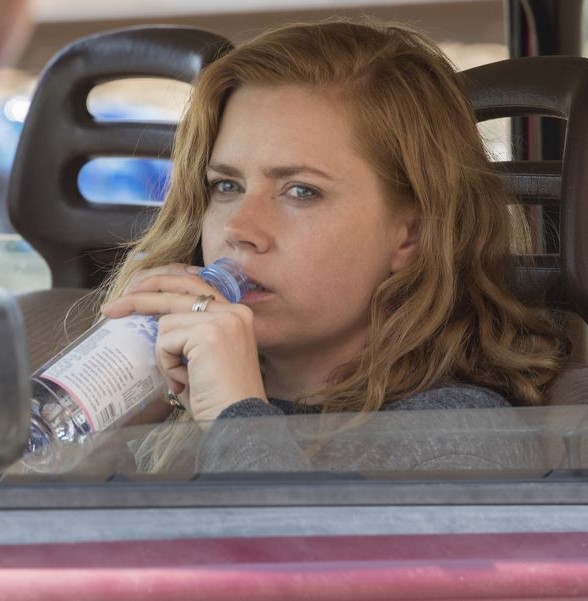 Okay, so most of the filming was done in Georgia, still it is impressive that Netflix bid a reported $45 million for Hillbilly Elegy. Born and raised in Middletown, Ohio, educated at Ohio State and Yale Law, J. D. Vance writes a best-seller as a “window into the white working-class.” To be aired November 24, the trailer seems to emphasize his mother’s addiction. In any case, when you add Glenn Close and Amy Adams to a Ron Howard movie, expectations are high. I’m in.

Who is this guy? That’s Maurice Flitcroft, the so-called “world’s worst golfer” after faking his way into qualifying for the 1976 British Open championship and posting an unprofessional 121 score. For his efforts, he received a lifetime ban from all R & A courses. Of course, that didn’t stop him from using fake names to gain entrance. It’s only natural that a biography written about him comes with the name “Cloak and Hacker.” The movie, The Fantastic Flitcrofts, will star Mark Rylance (Trial of the Chicago 7) and the resemblance is uncanny. Look for this one next year.

In August 2019, Cincinnati Red Aristides Aquino shocked the baseball world with 11 home runs in his first 17 games and 14 for his first month. Now, imagine if, on October 1st, a high and tight fastball put him into a coma and he never played again. In 2012, John Grisham writes of a similar tale set in 1973. Published as Calico Joe, it a much different type book than his usual legal thrillers, and inspired by the death of the only professional player killed by a pitch, Ray Chapman. Another famous Cincinnatian, George Clooney, is working on a script. We like our baseball in Cincinnati.

Last week, I noted Disney’s unhappiness with California and its inability to open Disneyland. Disney reported that it will lay off 28,000 employees. Not so fast, says Sen. Elizabeth Warren. She alleges “short-sighted business decisions” led Disney to repurchase billions of dollars in its own stock over the last decade, give shareholders billions in dividend payments, and shower executives with over-the-top compensation. Obviously, if you hadn’t done that, you now wouldn’t have to lay off employees. Of course, if Ms. Warren’s crystal ball had let everyone in on the secret that COVID-19 would strike in 2020, then most companies would plan differently. In any case, she demands answers to a myriad of questions by October 25. I wonder how many requests these companies get from legislators around the world and how much time it takes to comply.

Season 4 of The Crown begins on Netflix November 15. Enter Lady Diana and Margaret Thatcher, the Wedding, and the Falklands War. Most of all, enter the tension between Diana and The Royal Family. The trailer certainly gives the sense of foreboding and unease.

Not much news that’s fit to print this week. Until next week . . .